Ezeh Chisom Faith is a Nigerian music producer and record label. He was born in Anambra State and goes by the stage name Rexxie. He started his music career at a very tender age and was always seen playing the piano at his father' s church as a child. Rexxie began his music production career fully about 10 years ago and has won several awards to his honor. 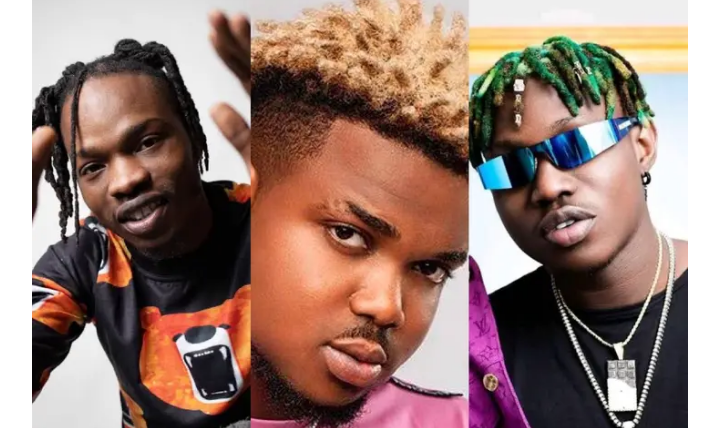 He was awarded the best music producer of the year by the Headies few years ago. However, he bacame popular in 2018 when his name started gathering momentum after a successful production of the Chinko Ekun' s culture- shifting hit " Able God" which featured star artists like Lil Kesh and Zlatan. 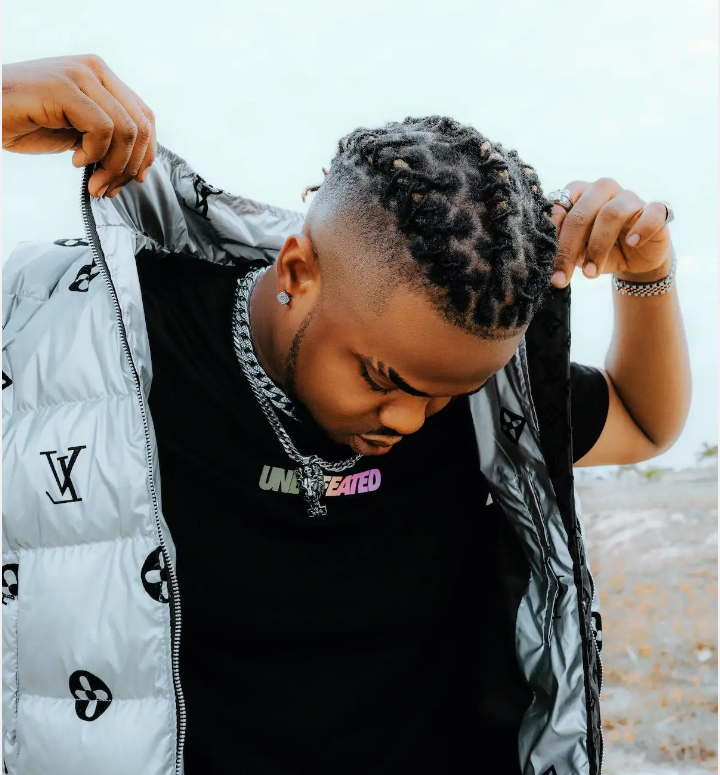 As a rule, a man of such high ranking personality would not like to do or say things that may bring down his integrity to the mud. Many people expect something better from anyone who is successful in life. 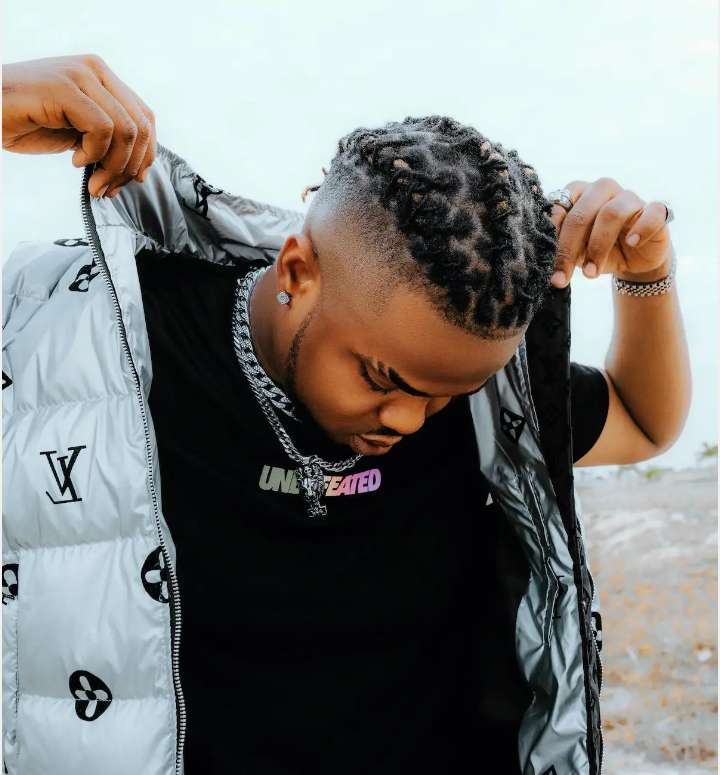 Many people, especially the younger generations are looking up to our Celebrities and many take them as their role model. That is the more reason celebrities should be the modest set of people since they have such great influence on millions of youths globally.

A few hours ago, Rexxie tweeted something on his official Tweeter account that generated so much tension among his fans. 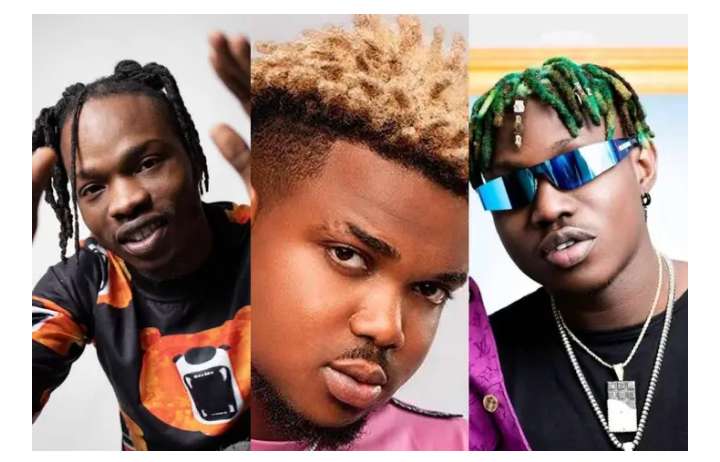 The producer tweeted about Rape which had been a trending topic in Nigeria for some months now. Although he might have did that for fun or to gain the likes and reactions of his fans, many did not take it kindly with him. He made the post at exactly 9: 48 am this morning but has however deleted it after several calls and messages from his concerned fans and followers. Look at what he tweeted here; 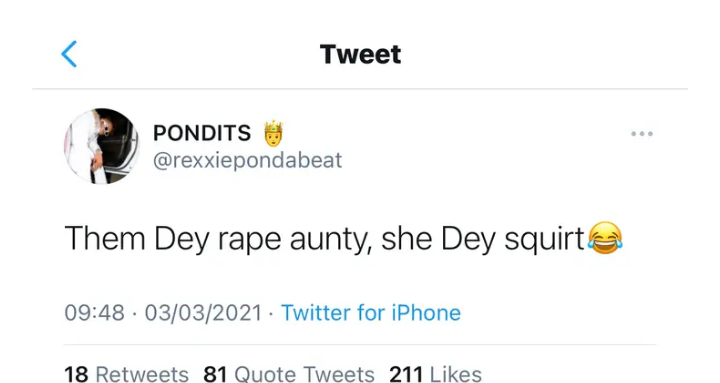 This did not go down well as many ladies frowned at the tweet. It was maintained that such tweet should not have posted online as it indirectly incites or glorify rape, which ought not to be so, especially from a man of his status in the society. 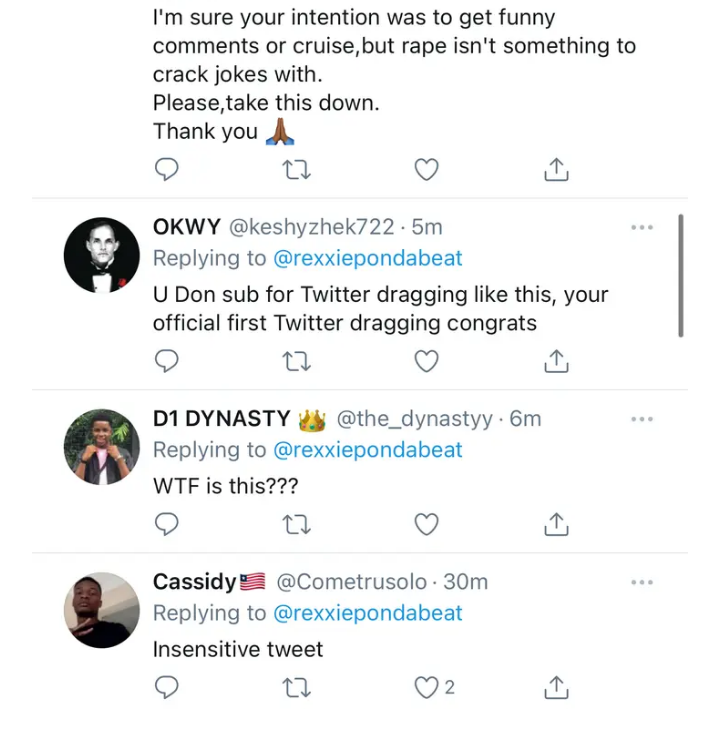 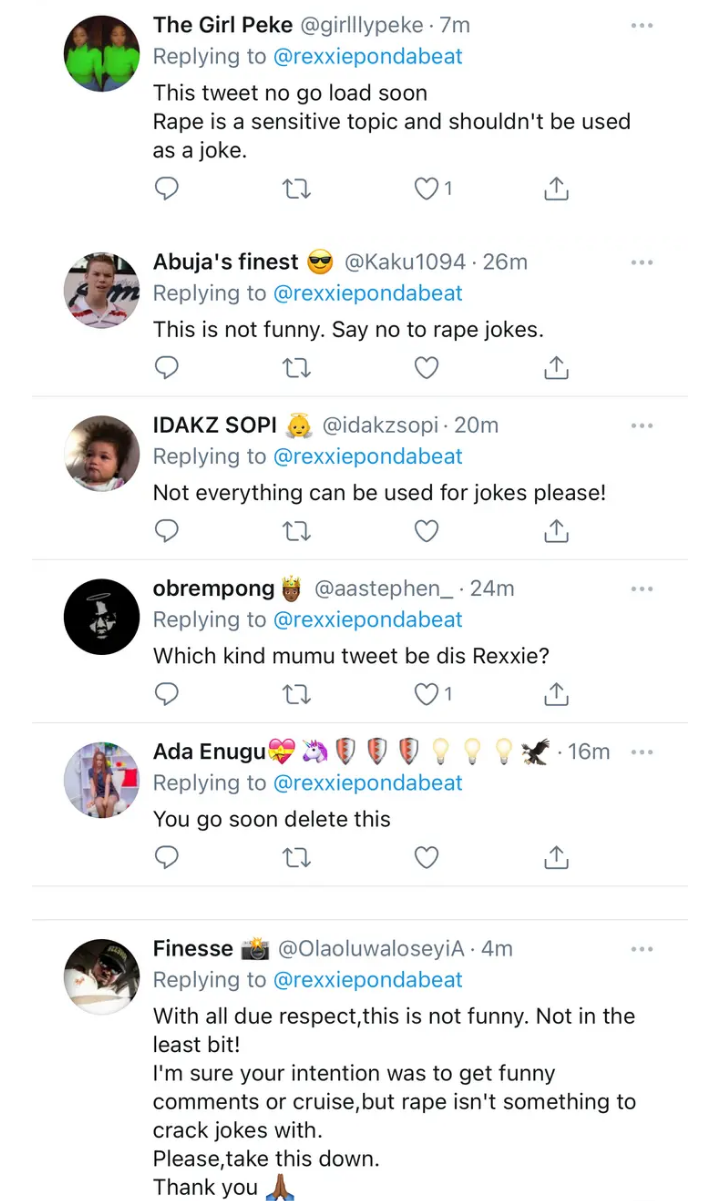 Please Follow Me For More Latest News Around Africa

Photos Of Muyiwa Ademola, Wole Arole, Ibrahim Chatta And Others Acting The Role Of A Mad-Man

Checkout Beautiful Styles Of Braids For Women Below 40

Sophie Rammal Shared A Photo With Usuofia, Zubby Michael, Bovi & Others On Her Instagram Page

Between Genevive and Regina who is more beautiful without makeup ?