By TopeD (self meida writer) | 1 months Former YBN star Temmie Ovwasa minced no words when she took to social media to drag her former boss, Olamide. According to Temmie, Olamide stomped her growth in the music industry as while signed to him, he never let her release an album despite having recorded more than two and often rejected shows brought her way.

The popular single further added that Olamide rejecting all her shows to perform, also says that I was brought from Ilorin to Lagos and kept in a house for almost 5 years without allowing to perform neither to drop any single

Temmie tweeted: “I actually recorded 3 albums and multiple singles that were never dropped by YBNL...My show was rejected by Olamide, it very hard for me to perform on stage.'' In another interview, Temmie went deep into the issue. Watch the interview below; 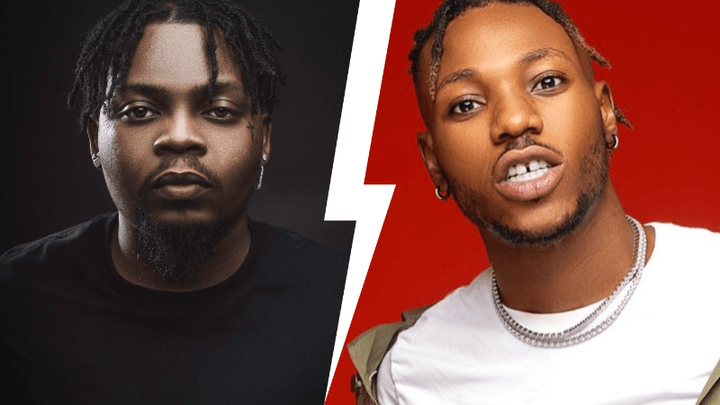 Another former signee to Olamide's record label YBNL, Davolee took to social media to call the rapper out. The 25 years old, who was signed to the label in 2016 before exiting in 2018 dragged Olamide silly, insinuating that he is an insane person.

Issues started after a fan stated that he only listens to Davolee because of Olamide, a statement that got Davolee angry.

Read the exchange below;

Content created and supplied by: TopeD (via Opera News )

Mixed reactions as Gospel artiste is accused of using a "naked" dancer In a music video.

Fashionistas, Check Out These Latest Braid Hairstyles for you

Nigeria Popular Pastor Odumeje Reveals His Mission On Earth, How His Gift Of Singing Began

I Will Pay For Your Flight Ticket, Go To Abuja And Heal Ada Jesus- Man Tells Pastor Odumeje