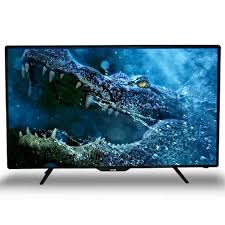 WHERE DO TV SHOWS COME FROM?

Some TV shows are made in TV studios. Some of these shows are broadcast live—that is, as they are being made. Some shows are taped in the studio. The tape gets played on TV later on.

Other TV shows are made outside of studios. Baseball and football games and other sports events come from stadiums. Some parts of news programs are broadcast “on the scene.” TV reporters go to the scenes of accidents, floods, and fires and describe what is happening.

Shows in studios are made on sets. Sets for plays or soap operas can look like living rooms or kitchens. Sets for talk shows might have a desk for the host and chairs for the guests. Bright lights shine down on the sets. HOW ARE TV PICTURES MADE?

A TV picture starts with a TV camera. Some TV cameras are big and some are small. The cameras in TV studios are big. Camera operators roll the big cameras around on wheels. There are usually several big cameras in a TV studio. Cameras used outside a TV studio are smaller. TV camera crews take the smaller cameras to news and sports events.

Some cameras send out live pictures to your TV set. Some cameras make videotapes that get played later on a television program.

TV cameras do not snap pictures the way an ordinary camera does. Parts inside a TV camera scan, or sweep over, the scene and trace a series of thin, horizontal lines, one below the other. A TV camera scans a whole scene much faster than you can blink. Lines from the scans go together to make a picture.

Producers and directors work in the control room. They make sure that the best pictures with the best views go to your TV screen at home.

People who work in control rooms also use taped pictures to make programs. They use computers to put together the best taped scenes. 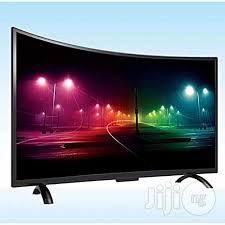 HOW DOES THE SHOW GET TO YOUR HOME?

TV signals can get to the TV set at your home in several ways. They can go through the air to an antenna on your roof. The antenna picks up the signals and sends them through wires to your TV set. The signals could go to a cable TV company. The company sends the signals through a cable to your home. The TV signals could come right to your house from a satellite circling high above Earth. A satellite dish outside your home can pick up the TV signals and send them over wires to your TV set indoors.

HOW DOES YOUR TV SET WORK?

Your TV set changes the television signals back into pictures and sound. Your set picks up the thin lines that the TV camera scanned. Your set uses parts called electron guns to “paint” a picture on the TV screen one thin line at a time. The lines get painted from top to bottom.

A color TV set uses three electron guns to beam out three colors—red, green, and blue. These three colors make all the colors you see on your TV screen. The beams scan fast enough to paint a picture on your screen 30 times a second.

OTHER WAYS TO USE TELEVISION

Television can do many things. TV cameras can be sent to places that are difficult or dangerous for people. They can travel to outer space. Spacecraft carry TV cameras to other planets. The cameras send back pictures that let us see what other planets look like.

TV cameras on robot submarines can go deep down in the sea. Doctors use tiny TV cameras to see inside the human body.

WHEN WAS TV INVENTED?

Content created and supplied by: Update-24 (via Opera News )