By Nayae (self media writer) | 1 year ago

Ayodeji Ibrahim Balogun (born 16 July 1990), known professionally as Wizkid (sometimes stylized as WizKid), is a Nigerian singer and songwriter. He began recording music at the age of 11 and managed to release a collaborative album with the Glorious Five, a group he and a couple of his church friends formed. Wizkid signed a record deal with Empire Mates Entertainment (E.M.E) in 2009. He rose to prominence after releasing " Holla at Your Boy ", the lead single from his debut studio album

Superstar album. In February 2014, Wizkid became the first Nigerian musician to have over one million followers on Twitter. Ayo , his self-titled second studio album, was released in September 2014. It was supported by six singles: " Jaiye Jaiye ", "On Top Your Matter", "One Question", "Joy", "Bombay" and "Show You the Money". Wizkid left E.M.E after his contract expired. 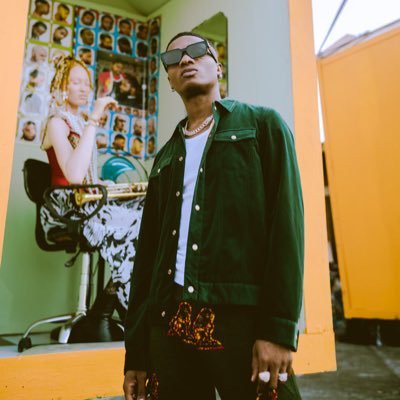 Happy birthday to Wizkid. Wow wizkid is 30 and he looks like he's in his early 20s. Machala decided to celebrate his 30th birthday by releasing a new song from his oncoming album MADE IN LAGOS. He decided to give us a scoop of what we should be expecting. This new song is titled "Smile" and he featured one of America's best artist H.E.R. This song truly is the jam. Immediately Wizkid announced the release of this song, many Nigerians have been anticipating, watching the clock, going online to stream and he did not disappoint. This song has a similar sound to one of Wizkid's song Jam. That's just my opinion. However, this song is already a hit.

People have been streaming and the feedbacks are all positive. If a song is good, you just have to acknowledge that the song is good. I doff my hat for wizkid. We did not expect anything less from him. This song is already making it's way to the top. I even feel Smile challenge will start soon on tiktok and twitter. The feedbacks has been glorious. Wizkid has done it again. He has made us proud again. Listen to this new jam and tell me your view about it.