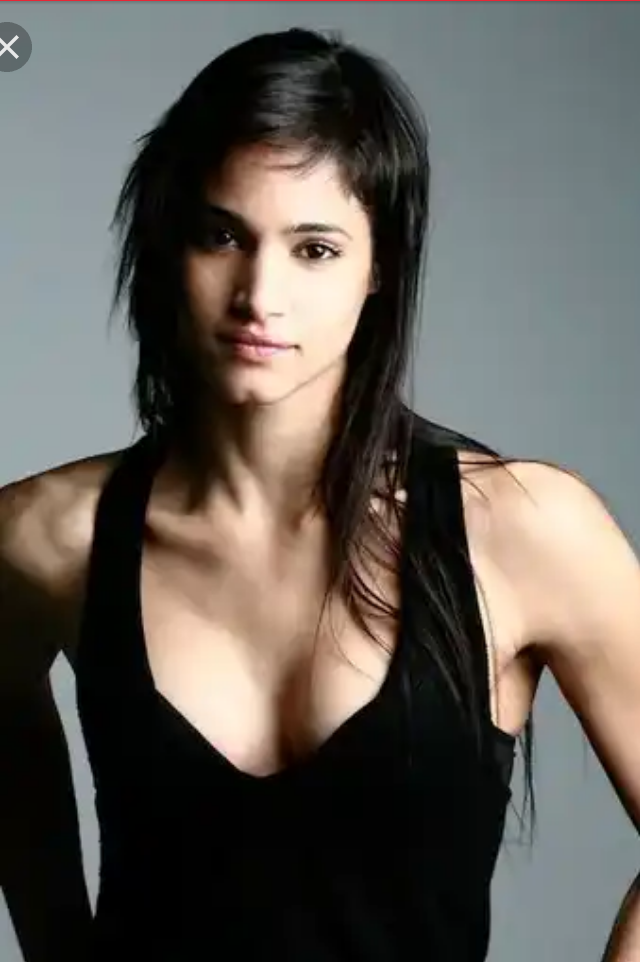 Boutella was born in the Bab El Oued district of

Algiers , Algeria, [6] to an architect mother and a jazz musician father, Safy Boutella . Her brother, Seif, works as a visual effects artist in the entertainment industry. [7][8] Her surname means "the men of the mountains". [9] She was raised in a fairly secular household that cultivated artistic expression and creativity. [9] Boutella described her childhood as a happy one, stating that she "blessed to be born into a family that allowed me to express myself, to be myself and let out all sorts of colours that were living in my imagination and in my heart." 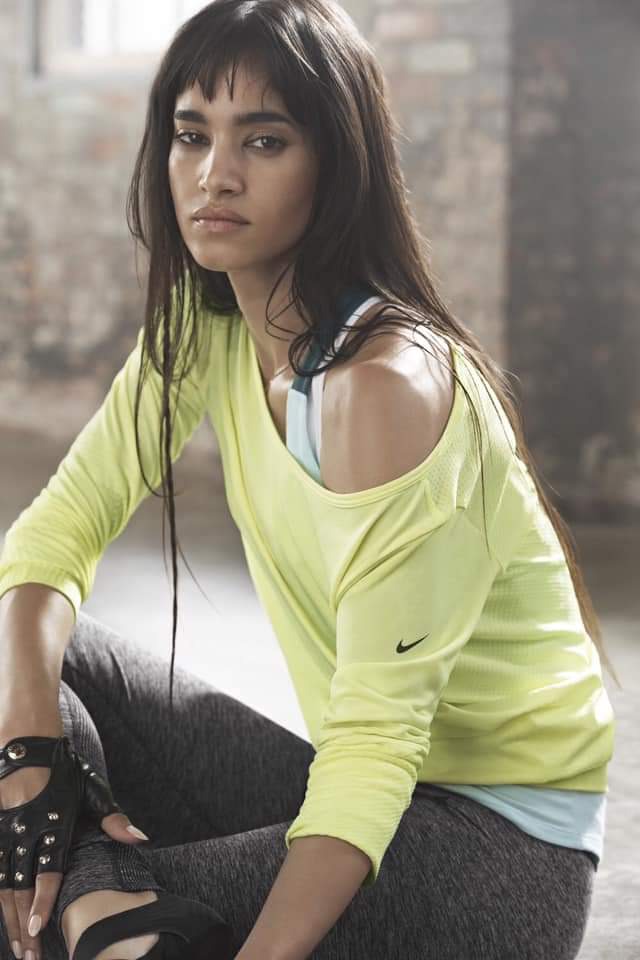 With her family's encouragement, Boutella started classical dance education when she was five years old. In 1992, at the age of 10, she left

Algeria with her family in the midst of the Algerian civil war and moved to France. [10] Shortly thereafter, she started rhythmic gymnastics , joining the French national team at age 18.

Growing up in Paris, Boutella was exposed to many more forms of dance, particularly hip hop and street dance, which intrigued her for offering more "freedom" compared to the more disciplined styles of ballet and gymnastics. [9] She joined a group called the Vagabond Crew, which won the Battle of the Year in 2006, and participated in a spin-off group called "Chienne de Vie and Aphrodites".

Her breakthrough as a dancer came in 2007, when she was picked for the Jamie King choreography for Nike Women's "Keep Up" campaign, serving as a role model of femininity and hip-hop. [12][9] This was a major boost to her career and led to more work alongside stars like Madonna , in her Confessions Tour , and

Rihanna. She credits her work with Madonna for helping her learn English. 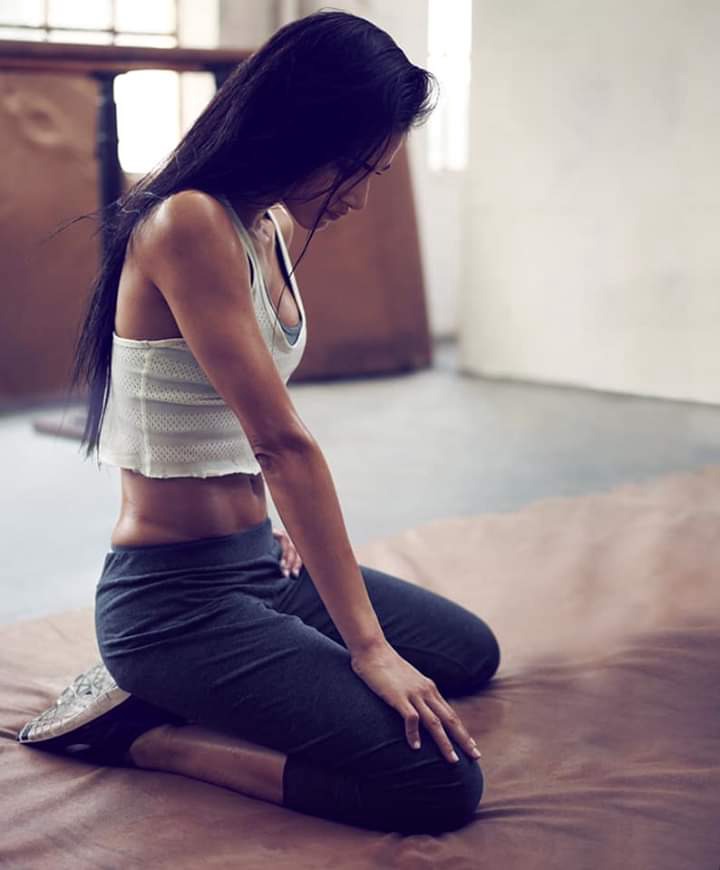 Boutella successfully auditioned for the Michael Jackson This Is It concerts but could not attend due to the extension of the Madonna tour, whose dates coincided with the Jackson residency. [14] In February 2011, she was the main character in the music video for " Hollywood Tonight " by Michael Jackson. 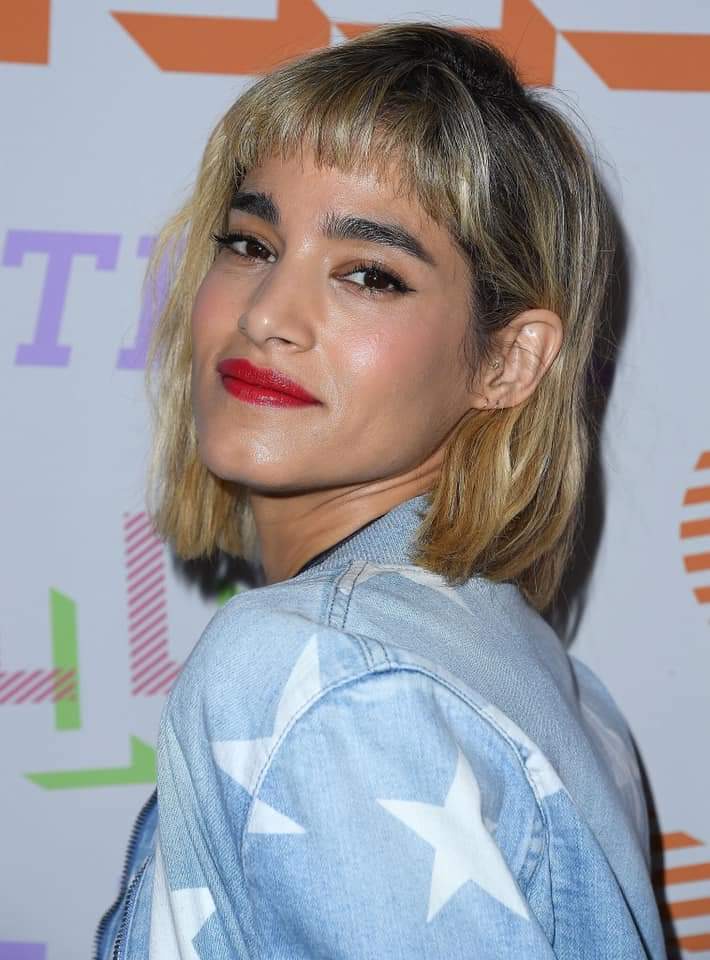 Beginning at age 17, Boutella rehearsed with famed Spanish choreographer Blanca Li . She began dancing in film and television shows, as well as in commercials and concert tours.

In 2014, after 12 years as a dancer, Boutella sought a career in acting. [3] Initially, she purposefully avoided auditioning for lead roles, wishing to play supporting characters so as to learn from more experienced actors. [3] In 2015, she appeared in her first major film, Kingsman: The Secret Service, which jump-started her career as an actress. [17] One year later, she appeared as the alien warrior Jaylah in Star Trek Beyond , released on July 22, 2016.

In 2017, she portrayed a French secret agent in the David Leitch film Atomic Blonde, which also featured Charlize Theron, James McAvoy, John Goodman and Toby Jones . The same year, she played the titular role in The Mummy , along with

Beginning in 2018, Boutella's profile rose, and she began to appear in more central roles. She appeared in the Gaspar Noé dark psychological horror film Climax and starred alongside Michael B. Jordan and Michael Shannon in the HBO drama film Fahrenheit 451 , [19] and portrayed French contract killer 'Nice' in the near-future action crime thriller Hotel Artemis, alongside

Although she has lived mostly in France since age 10, Boutella maintains strong ties to her Algerian roots and identity:

2010 Dancing with the Stars Episode: " Macy's Stars of Dance"

2020 Prisoners of the Ghostland post-production

3. ^ a b c "How Sofia Boutella Is Redefining Her Action Stardom" . The Hollywood Reporter . Retrieved 27 November 2019.

African Success. Archived from the original on 1 December 2018. Retrieved

"Matthew Vaughn's 'The Secret Service' Gets A Femme Fatale In Sofia Boutella" .

22. ^ "Robert Sheehan on girlfriend Sofia Boutella: 'You're staring at five months apart, but it always works out' " .

26. ^ "Sofia Boutella: a múltad a jövõd!" . In English via Google Translate (in Hungarian).