By vanessaokwara (self meida writer) | 1 months 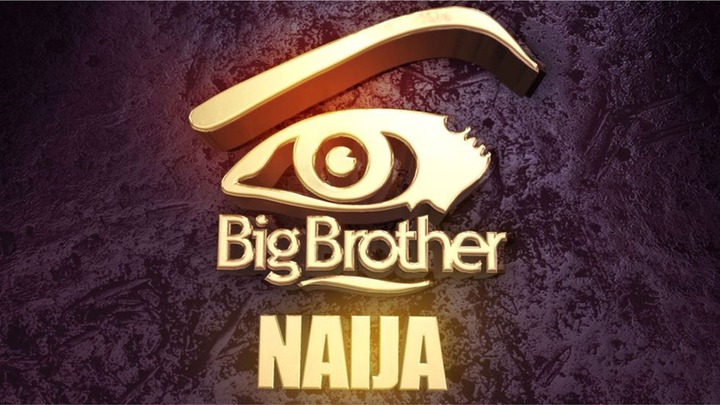 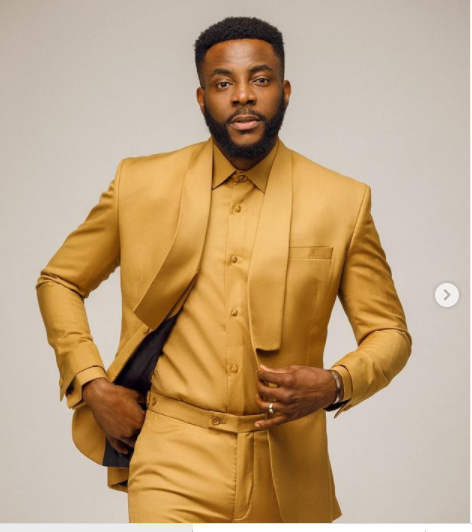 Big Brother Naija, which was formerly known as Big Brother Nigeria is a reality competition television series, based on the Big Brother television franchise. It started airing on Nigerian air space when the first season of the show aired on M-Net and DStv Channel 37 from 5 March to 4 June 2006. 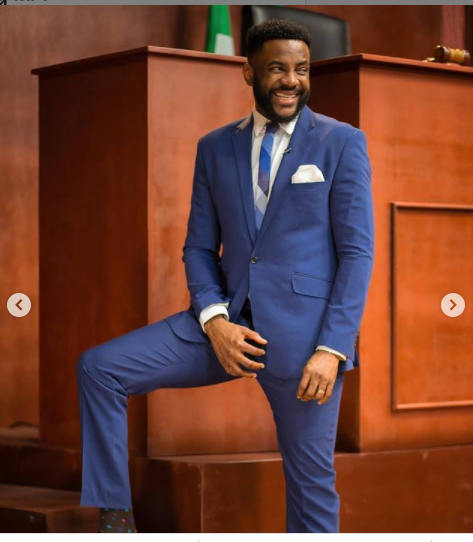 During this first season, the main presenters or hosts for the show were Olisa Adibua and Michelle Dede. This first season also introduced Ebuka Obi-Uchendu to Nigerian fans and because of his charming nature, it didn’t take long before he became the most popular housemate for several weeks into that first season and was widely believed to emerge the winner but he was the seventh housemate to be evicted. 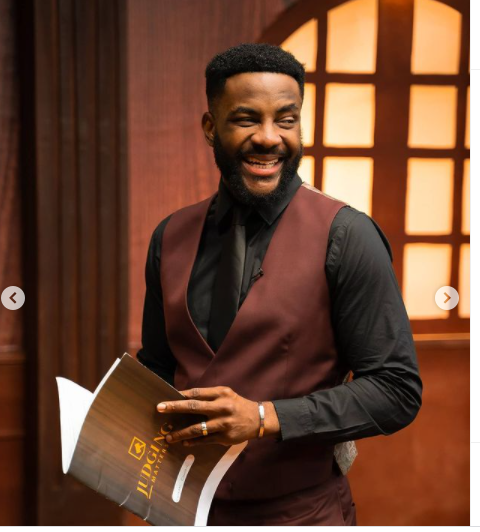 Even though he didn’t win that season, he used the Big Brother Naija platform to launch himself into the Nigerian entertainment space and became quite popular.

Fast forward years after, it was quite a pleasant surprise when Ebuka emerged as the host of the second season of Big Brother Naija which premiered 11 years after the first season on 22 January 2017. 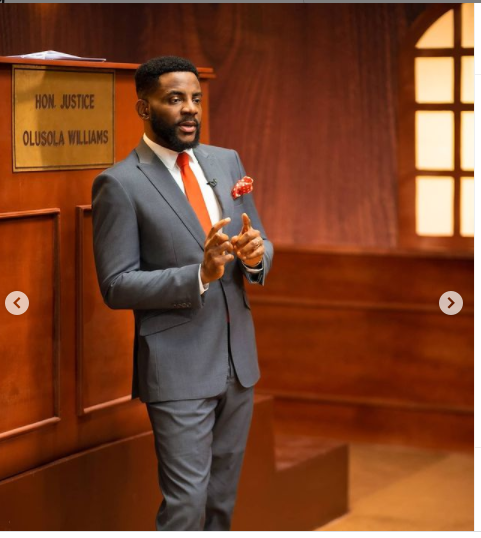 Ebuka is from Okija in Anambra State, Nigeria. Although he is a trained lawyer, he has carved a niche for himself as an astute media personality and influencer. He is currently the host of the long running Rubbin' Minds talk show on Channels TV as well as co-hosting The Spot and Men's Corner on Ebonylife Television. 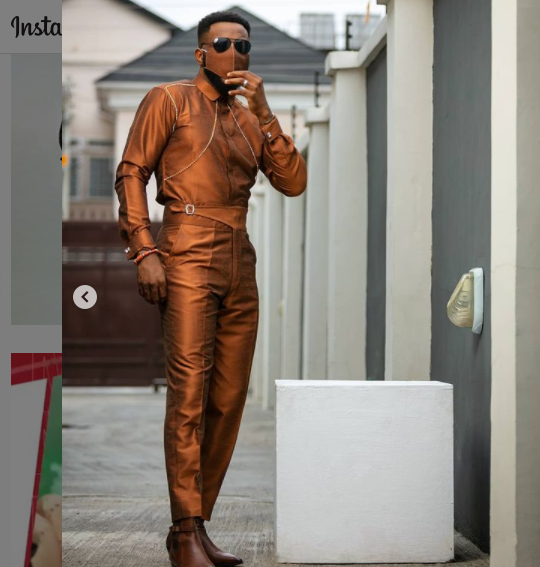 Ebuka Obi-Uchendu has received several award nominations and won the award for Outstanding TV Presenter of the Year at the Nigerian Broadcasters Merit Awards for his work on Rubbin' Minds. 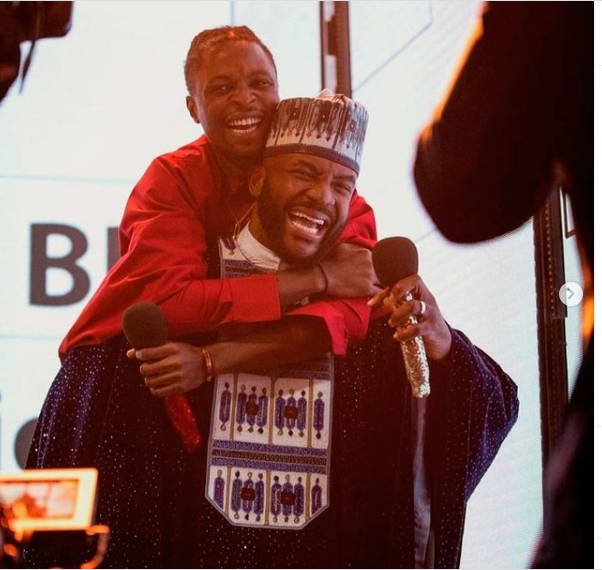 He has been hosting the Big Brother Naija show four times consecutively out of the five seasons of the reality show.

So it seems the owners of the show, Multichoice are so pleased with his hosting skills that they have hired him for the fifth time! 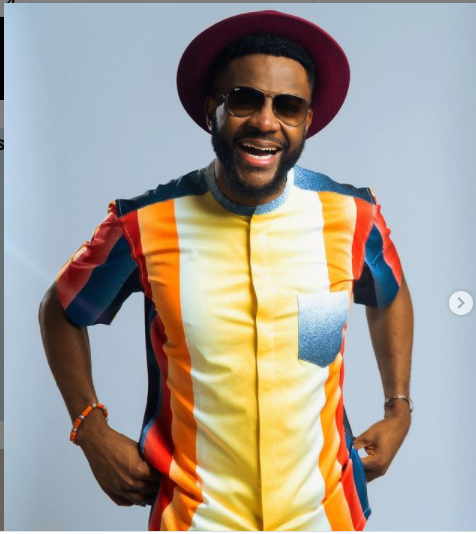 Ebuka took to his Instagram to make the big announcement in his charismatic manner and his fans are thrilled and happy for him. 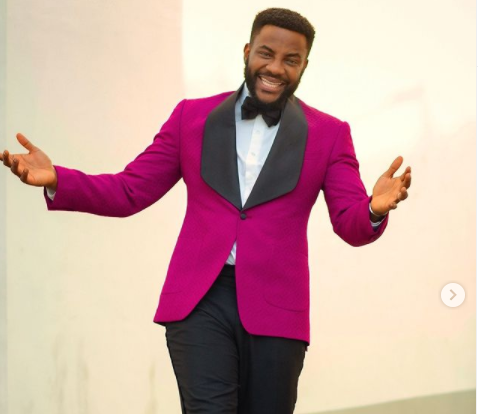 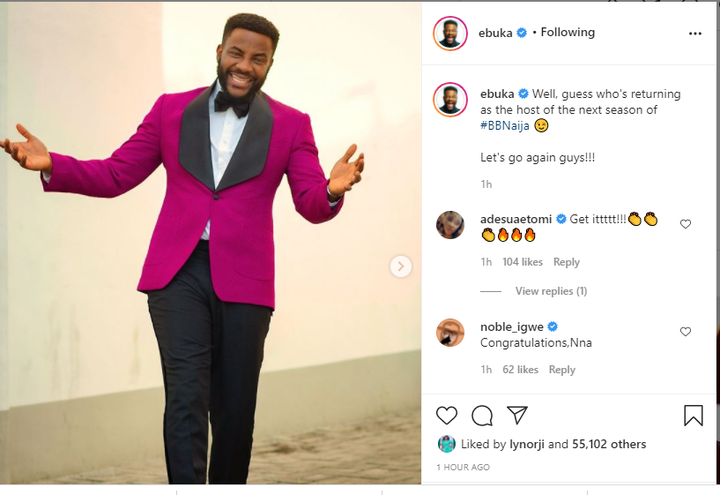 Top celebrities such as Rita Dominic, Dorothy Bachor, Toke Makinwa and a host of others also showed joined his teeming fans to pour in their congratulatory messages.

See their reactions below: 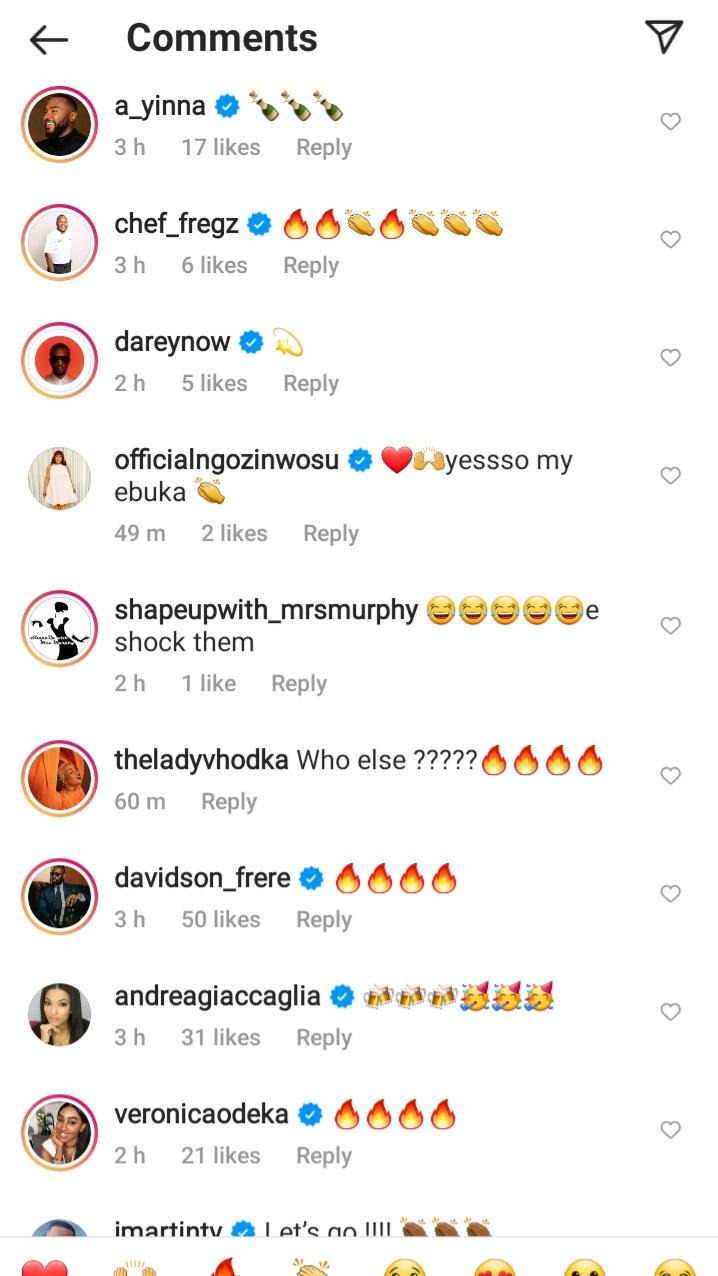 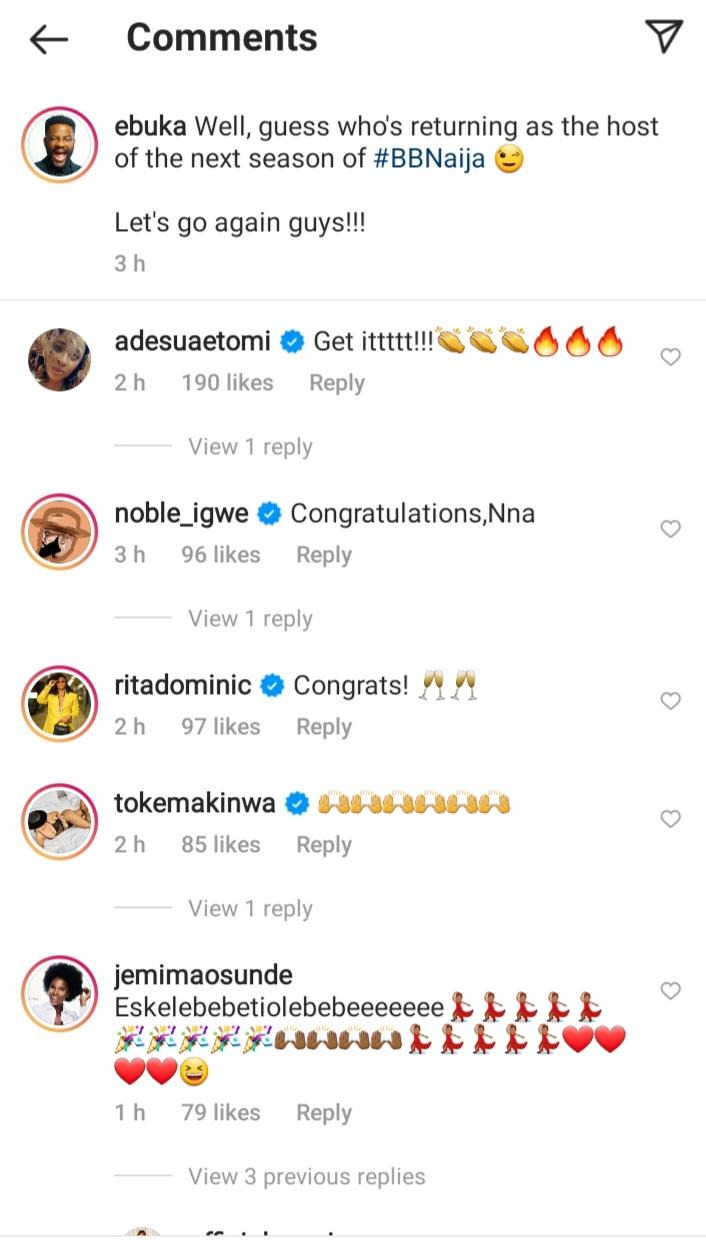 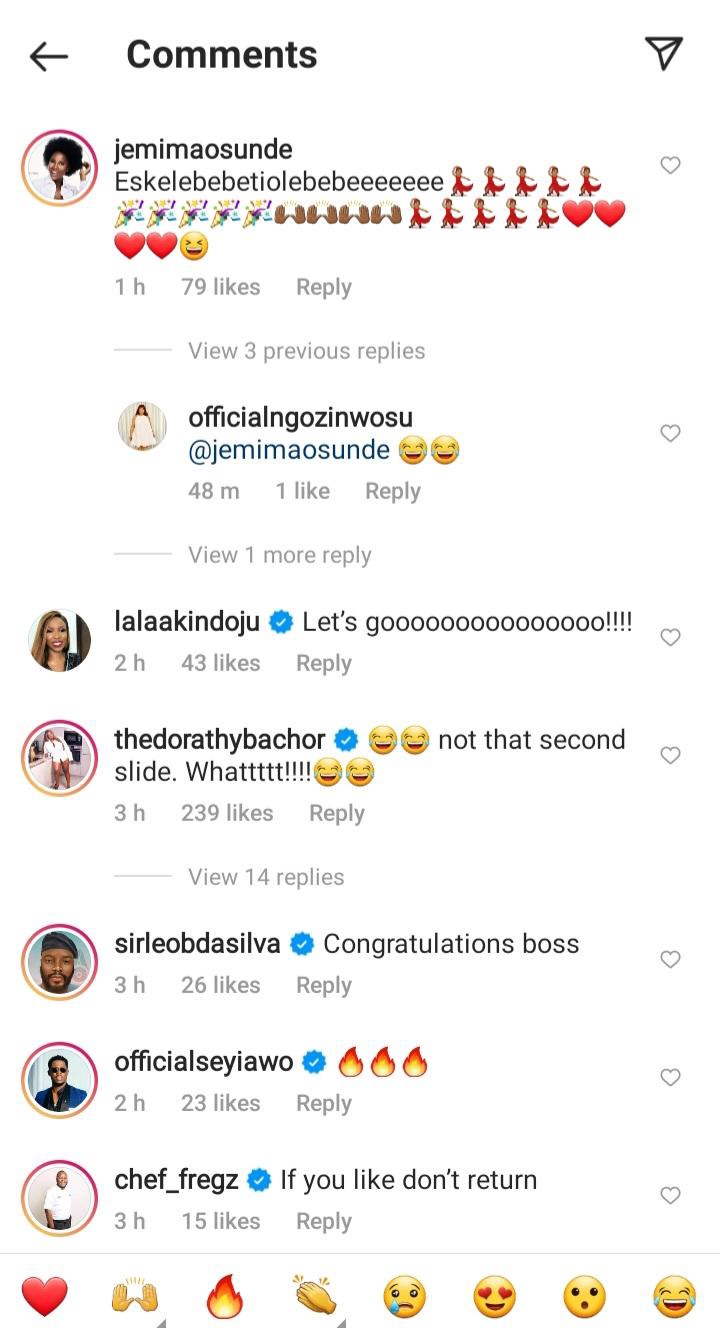 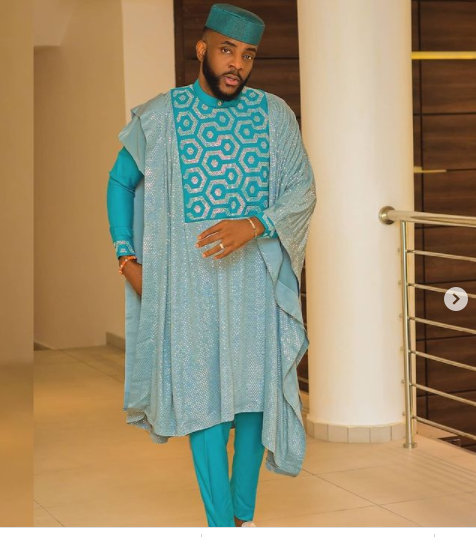 Who else is happy that Ebuka is the one to host the next season of Big Brother Naija show? Please drop your comments below.

Content created and supplied by: vanessaokwara (via Opera News )

Man Finds Out His Son Is His Uncle, See Who His Girlfriend Had An Affair With

Tailors, Make Your Customers Happy This New Week By Sewing Any Of These Beautiful Ankara Outfits