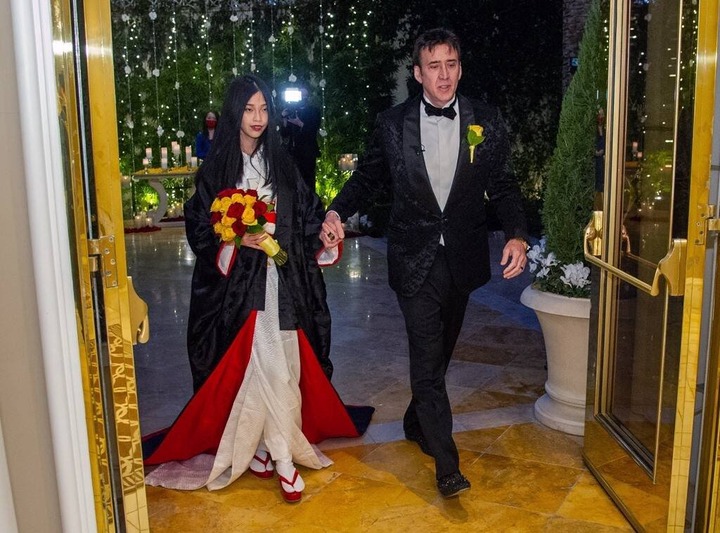 Nicholas Cage has had ups and downs in his career and relationships but it seems he has now found comfort and love in the arms of a young lady called Roko Shibata. After he proposed to her over face time, Nicolas Cage tied things up with the young lady in what is his fifth wedding ceremony in Las Vegas, last month.

News has just confirmed that the star from most of our favorite movies, Wed Riko Shibata in Las Vegas on February 16. However, the information didn't get out until earlier today when he clearly said "it is true and we are happy" in response to a tumor spreading about their relationship.

Nicolas who is 56, got married to Rico who is 26 years old. They both tied the knot in Las Vegas a place known or called Sin city in one of its most glamorous hotels. Nicolas chose the date to honor his father as it was his birthday. As seen from the pictures below, Nicolas was styled properly in an American Western fashion, putting on a Tom Ford tux, while his bride opted for the Japanese Bridal kimono. 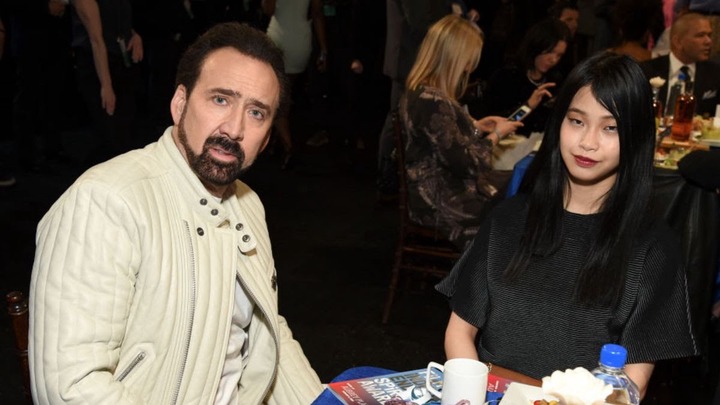 One of the actor's aides made it known to the media that their wedding was a mix of Nicolas's religion and that of Rico. They shared Catholic vows and they went on to share Shinto vows with poetry from famous poets, Whitman and Haiku.

Of course, this marks Nicolas' fifth wedding which is taking place two years after he annulled his previous marriage with his ex-wife, Erika Koike in March 2019. 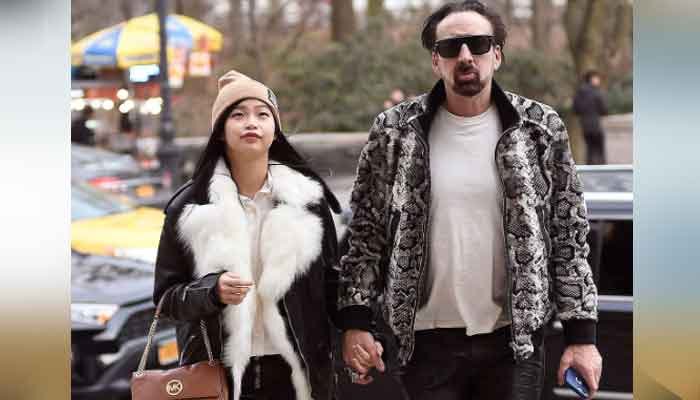 Before Nicolas got together with Erika, he was married to Alice Kim for over ten years, before starting in 2016. The long marriage produced a 15 years old son called Kal-El Coppola. What's more interesting is that Alice and her son Kal were present during the nuptials.

Not to forget that the star was also married to Lisa Marie Presley, daughter of Elvis Presley. Unfortunately, their relationship only lasted for about 100 days in 2002 after which he found love in the arms of Patricia Arquette in 2001, which also didn't last.

What you should know about their love story:

They perhaps owe their love story and marriage to the distance which many claims made their heart grow fonder. During the pandemic in August last year, Nicolas announced his engagement to Riko. However, he rid it over face time was he couldn't propose to her in person due to the pandemic.