Shrek's 20th Anniversary: Fun Facts From The Production Of This Modern Day Fairytale

By Supertee (self media writer) | 8 months ago 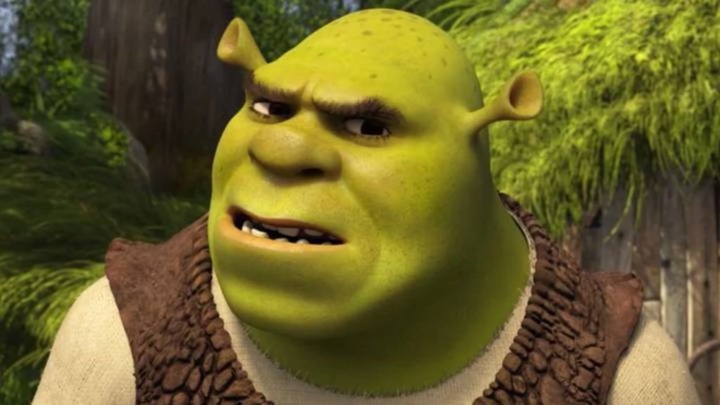 On the 18th of May, 2021, Shrek celebrated it's 20th Anniversary. A perfect mix of fairytale tropes and modern day humour, the film quickly became a classic, cementing Dreamworks Animation's place as a genuine rival to the previously unbeatable Walt Disney Studios.

Here are a few fun facts from the production of this beloved film.

The film was originally intended to be traditionally animated, and Directed by Steven Spielberg.

Shrek's story began with the release of William Steig's children's book, Shrek! in 1990. In 1991, Steven Spielberg purchased the film rights to the book. Spielberg originally planned to produce and Direct a traditionally animated adaptation of Shrek!. In this adaptation, the director had hoped to cast Bill Murray as Shrek, with Steve Martin to voice his sidekick, Donkey.

In 1994, Spielberg founded Dreamworks Animation with David Geffen and former Disney executive Jeffrey Katzenburg. It was around this time that the decision was made to produce Shrek with computer animation rather than traditional. Spielberg, less familiar with the new technology, handed the film over to Katzenberg and new Director Andrew Stanton, but remained involved as an uncredited executive producer.

Shrek went through a few potential voice actors before Mike Myers was cast.

The business of casting the film's ogre hero proved more complicated than the filmmakers expected. The role of Shrek was first offered to Nicolas Cage, however, Cage turned down the role as he did not want to appear as an ogre, concerned it would affect the way children reacted to him.

After cage refused the role, comedian Chris Farley was cast as Shrek, alongside Eddie Murphy as Donkey and Janeane Garofalo as Princess Fiona. Farley recorded at least eighty-five percent, possibly as much as ninety-five percent, of Shrek's dialogue before his tragic death from a drug overdose in 1997.

After Farley's death, one of his fellow Saturday Night Live alumni, Mike Myers, was cast as Shrek. Much of the script was rewritten to give Myers the chance to make the character his own, as he did not want to feel like a shoe-horned replacement. At some point, Garofalo was dropped as the voice of Fiona, with Cameron Diaz cast instead.

Originally, Mike Myers used his regular voice to play Shrek, and the animators began their work on the film with this voice in mind. However, after completing his voice work, Myers asked to re-record his lines in a Scottish accent. In Myers' mind, the accent suited the fairytale world better, as his Mother had put on a similar voice to tell him stories as a child. Myers had also used the accent himself in previous films, such as I Married An Axe-Murderer, and the Austin Powers series.

After hearing the Scottish accent, Jeffrey Katzenberg approved the switch. Many already completed scenes were re-animated, and some even rewritten, to reflect the change, as Shrek's new accent opened up an opportunity for more gags.

Princess Fiona was the most difficult character to design.

In the original Shrek! book, Shrek leaves home in hopes of fulfilling a prophecy that he will rescue and marry a Princess as ugly as himself. The book's 'ugly Princess' served as the inspiration for Princess Fiona's ogre form in the film version of Shrek. Raman Hui, one of the supervising animators on the film, created over one hundred models of Fiona in both her human and ogre forms before choosing the final designs. The filmmakers did not want Fiona to be a stereotypical Princess, while her ogre form needed to include enough features to keep her recognisable as the same character.

Cameron Diaz, who voiced Fiona throughout the Shrek franchise, has expressed a preference for Fiona in ogre form, calling her feminine and warm.

Donkey is based on a real-life miniature donkey

While he had to share the spotlight with Puss-In-Boots in the sequels, Shrek's wise-cracking sidekick, Donkey, was the breakout character of the first Shrek film. Voiced by Eddie Murphy in all four films, Donkey was beloved for his quick mouth, happy-go-lucky attitude, and odd couple romance with The Dragon.

What many don't know is that Donkey is based on a real-life miniature Donkey, named Pericles, Perry for short.

In the late 90s, filmmakers visited Perry's home in Bol Park, in the suburb of Barron Park, Palo Alto, in search of a refernce model for the character of Donkey. After Perry's companion, Niner, proved difficult to work with, the more placid Perry was chosen as the main model. Dreamworks paid just $75 dollars for their modelling sessions with Perry, and his carers were never offered royalties after Shrek was released.

Thankfully, Perry continues to be cared for by charitable donations and volunteers in the Barron Park community.