By Crediblefacts (self media writer) | 1 year ago

When you say “I do” and “for better or for worse”, you have to keep your word because your word is your bond. But do people care about this? Well, you tell me.

Stories of failed marriages and divorce keeps flying about and putting fear in the hearts of the younger generation, making them think marriage is overrated.

Couples make mistakes, apologize and move on or separate but we do not hear about it. The reason why we know about these people who have apologized to their wives over infidelity or merely hurting them is because of the celebrity tag. 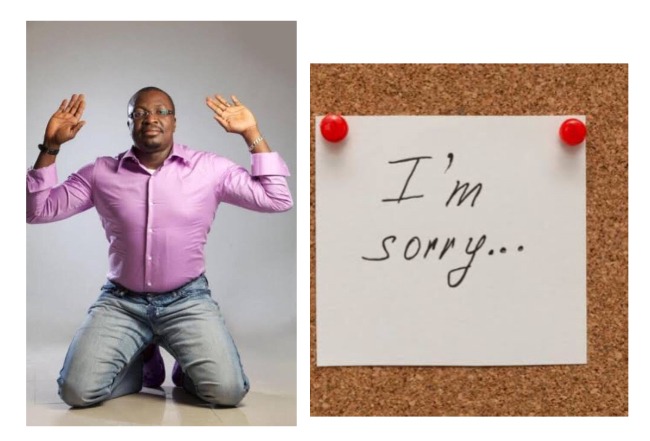 These are 5 celebrities who took to social media to pen down words apologizing to their wives, asking for forgiveness and even telling the general public to plead on their behalf. 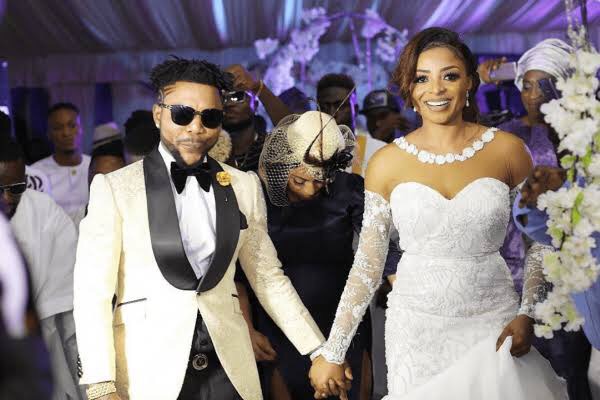 Months back, news began circulating about trouble in the home of Oritse Femi. Social media users had doubts, but the truth was revealed when the singer took to his Instagram page to share a picture of his wife Nabila Fash and apologized to her for his misdeeds.

He also asked his fans, followers and well wishers to plead with his wife on his behalf because he was missing her. 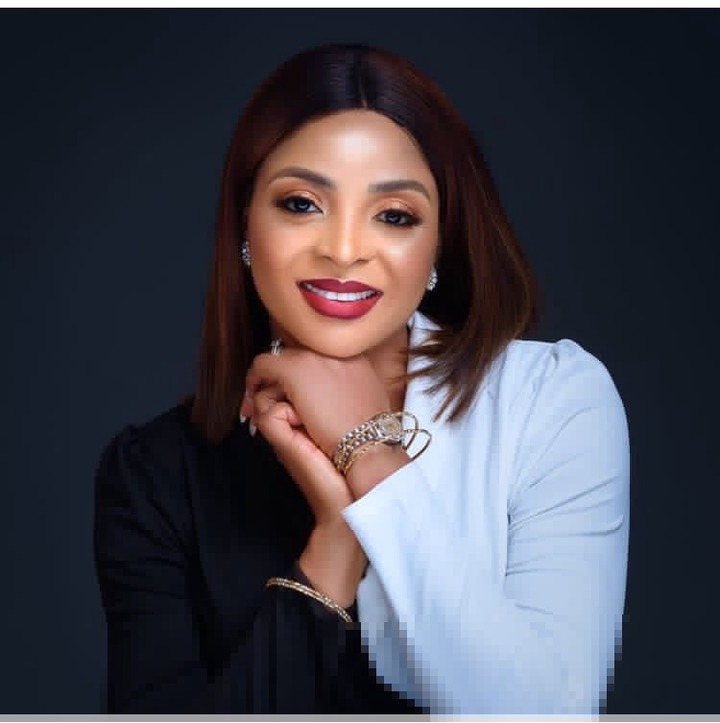 No one knows exactly what transpired between them but former actress Caroline Danjuma was in the mix as she was called out by Oritse Femi and there was an exchange of words.

Oritse Femi wrote; “FORGIVE ME MY LOVE I MISS YOU DAILY BOO .. I TRULY MISS EVERYTHING ABOUT YOU , MAKE UNA HELP ME BEG HER PLEASE.. I NEED TO ENTER STREET FOR THIS #ENDSARS NA ME REALLY FIT THIS SARS PEOPLE,NA THEM FATHER I BE … PERSON GATS FIST HIM HOME BEFORE HIM FOCUS OUTSIDE.. I BEG MY PEOPLE MAKE UNA BEG HER FOR ME… AM DEEPLY SORRY NABILA … I LOVE YOU FROM THE BOTTOM OF MY HEART.”

We can only pray and hope the matter has been resolved. 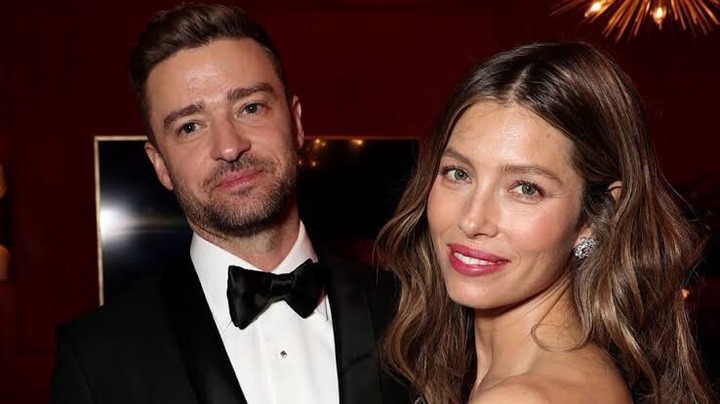 In December 2019, popular American singer Justin Timberlake issued a public apology to his wife after he was photographed holding hands with a woman.

Justin and an actress Alisha Wainwright went out to a bar and a photographer captured both of them holding hands. 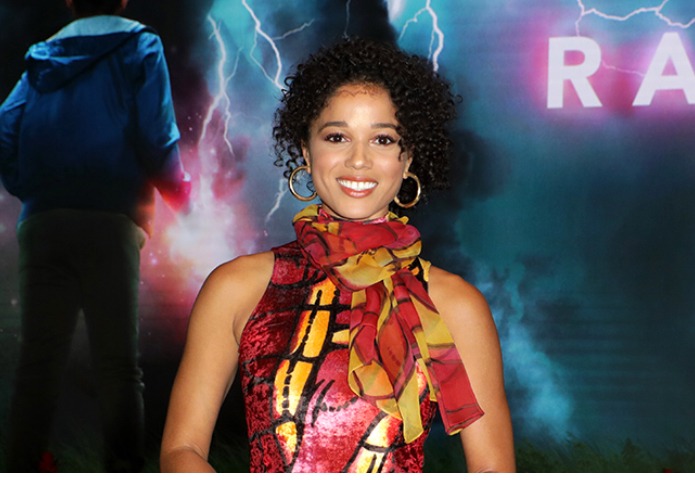 At a point Alisha rested one hand on Justin’s knee and this was also captured.

The picture circulated on social media and people read meaning into it. Some said Justin was planning on being unfaithful to his wife of seven years, while others said he was already unfaithful. 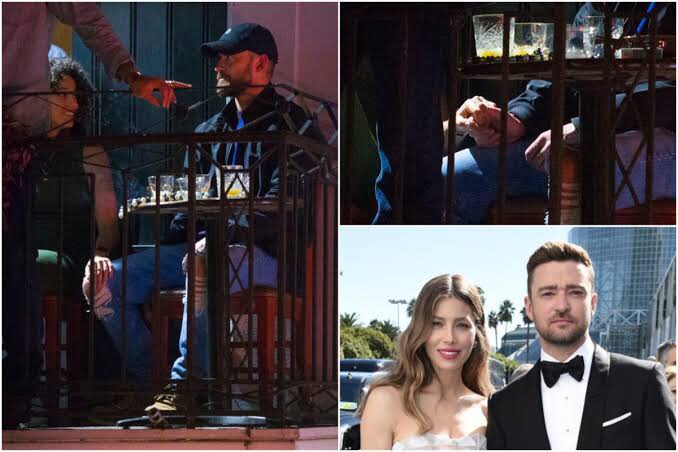 This caused problems for Justin and he took to his Instagram page to leave a note apologizing to his wife Jessica Biel. 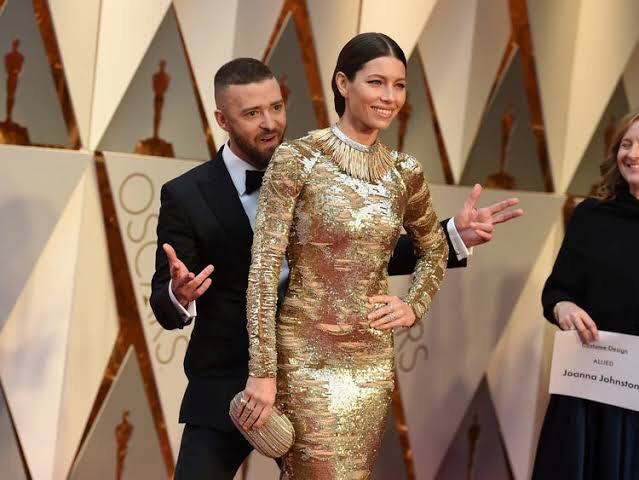 Although Justin said nothing happened between him and Alisha, he believed he had to clear the air so he apologized.

Justin wrote; “I stay away from gossip as much as I can, but for my family, I feel it is important to address recent rumours that are hurting the people I love. A few weeks ago I displayed a strong lapse in judgement – but let me be clear – nothing happened between me and my co-star. I drank way too much that night and I regret my behaviour. I should have known better. This is not the example I want to set for my son. I apologise to my amazing wife and family for putting them through such an embarrassing situation, and I am focused on being the best husband and father I can be.” 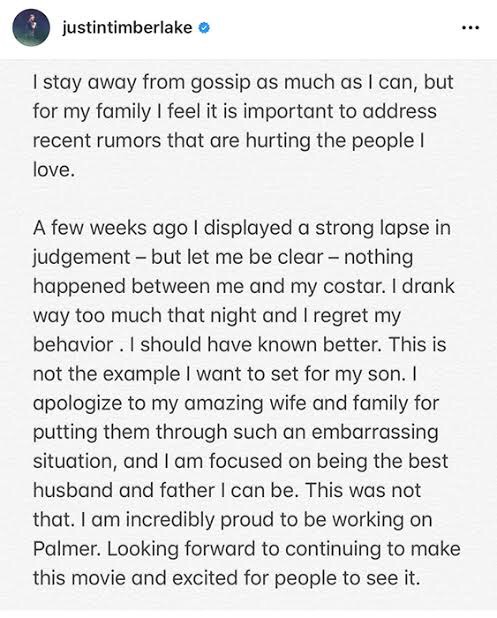 The singer apologised for hurting her feelings and promised to make it up to her, he also stated that he deserved all the anger and resentment she had towards him and promised to change.

Mimi and Terry G have an eight year old son together. 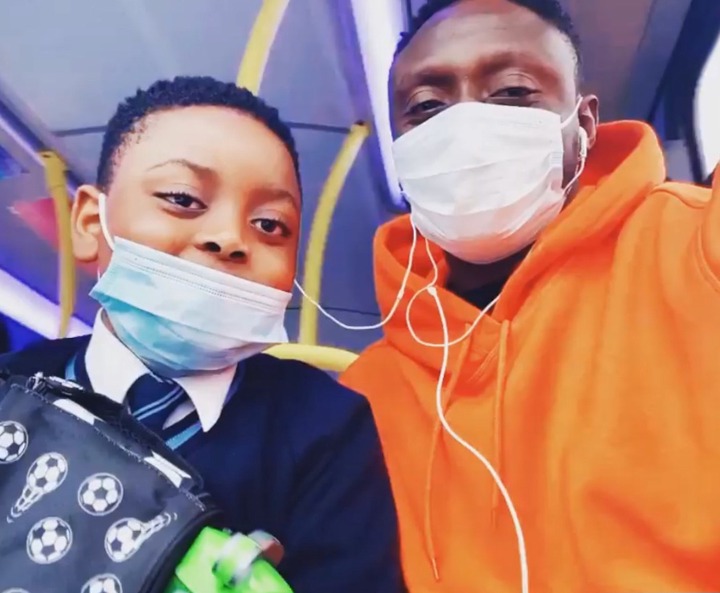 Terry G wrote: “Sometimes, there are simply no words that can adequately express the depth of a person’s feelings that are plagued by regrets, guilt, and sadness for a wrong done. I want to tell u am sorry a thousand times, but that can’t undo what has been done or ease the pain in your heart. I totally deserve all the anger and resentment from you,u are the nicest person any sane man wld wanna have as a part of them in this thing called life, your calmness, niceness, understanding is unbeatable, how and why I did not think of moments u might get really hurt and walk away, without a word, your silence is killing, am full of regrets, pls @cocomims,I know I don’t have the right to ask anything from you when I have offended u, but if u can find it in your heart to forgive me and give me other opportunity to prove to u how much I love u.and a chance to make your future a happier one with more laughters and few tears.” 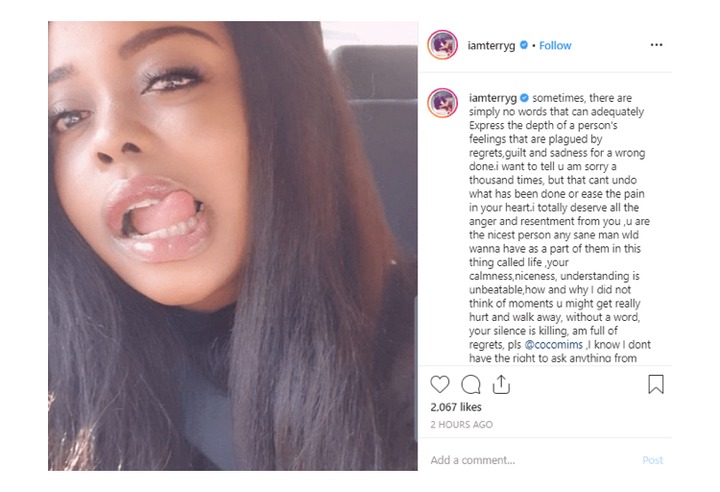 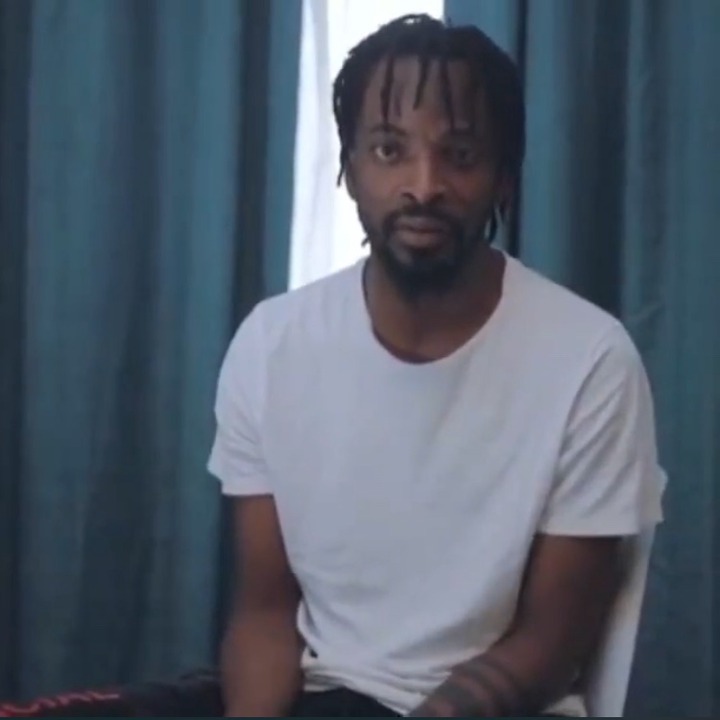 In 2019, Abolore Akande got married to Sukanmi Ajala who bore a daughter for him. 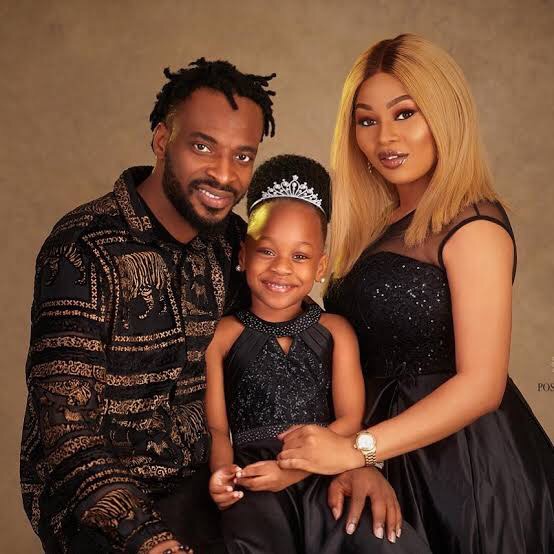 Couple of days back, a video circulated of the singer with a young lady who isn’t his wife in what seemed to be a hotel room.

He was seen holding the lady while she made a video and in his words, “yahoo boys, Please leave my wife for me”. The wife he was referring to here was the lady in the video.

Just yesterday, 9ice made a video apologizing to his wife Olasunkammi Ajala for doing something he tagged shameful.

He also pleaded with the general public to plead with his wife on his behalf.

His words, “I’ve done something shameful and terrible and it’s costing me my backbone-my wife. My wife is my backbone and I need you (the public) to help beg my wife. I’ve been married before but this my marriage I don’t want it to end, I want it to work.” 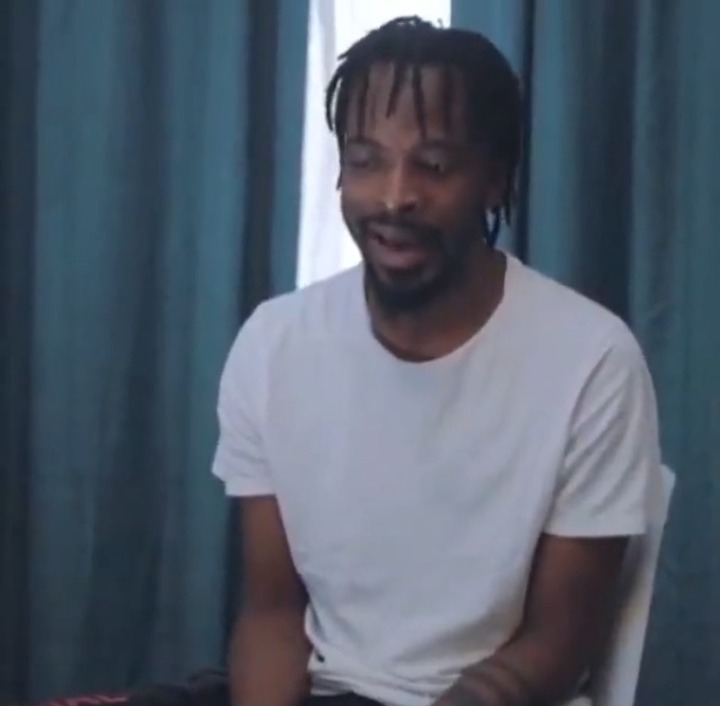 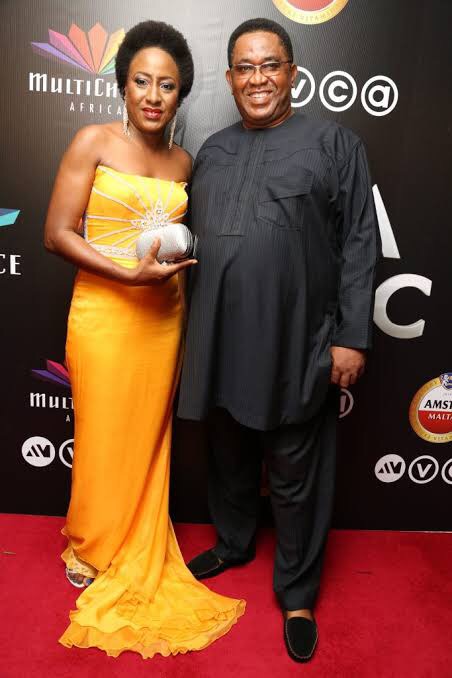 In 2019, there were rumors of an impending divorce in the Doyle household as people noticed that Ireti Doyle and her husband Patrick no longer graced occasions together.

The rumors were confirmed as Patrick Doyle took to his social media page to leave a long note apologizing to Ireti for “messing up and not upholding the sanctity of their marriage.”

In the note, Patrick said Ireti had shown him and his children love but he had not honored her but had taken her for granted. 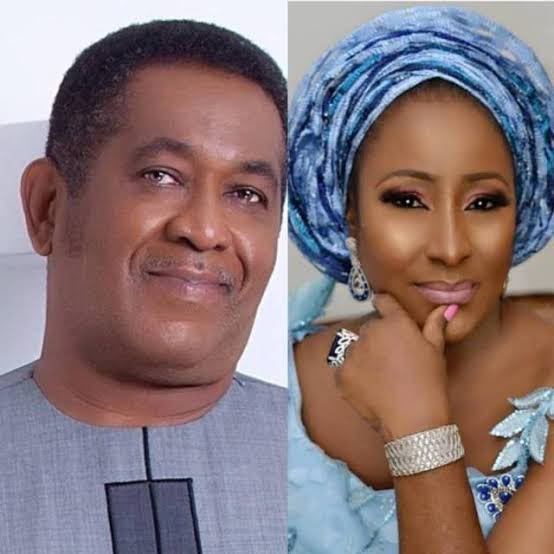 His words, “AN ODE TO A GREAT LADY, This is my tribute to a great Lady, my life has almost always revolved around strong women.The last 15 years have been anything but smooth. Shortly after the passing of Rosamond Emechete, the mother of 3 of my sons, God sent me an angel who dried my tears at the lowest point in my life.”

“She showered my boys with the highest quality of care and ignored the taunting of “true friends” who queried what she was doing with a ‘broke ass’ like me. Frankly, if she was my sister, I would have asked her the same. Have I justified or honored her sticking with me through the thick and thin? The answer is a big resounding no. I’ve been most undeserving of the affection of this uncommon woman.”

“Have I taken her Love for granted? You bet I have, why? because like most men, I am prone to being a jerk. I can not count how many times she picked up the slack when I failed in my duties as a husband and father. She has been the rock of our family. Lately, I had been unworthy of her affection and was deservedly put in the proverbial “dog house”. But she has with compassion taken me out of the “dog house” and reinstated all my rights and privileges.”

“I know that at the back of her mind, she’s mentally preparing for my next “mess-up”. I hereby pledge that there shall never be another. Her days of an undeserving and underperforming partner are over.” 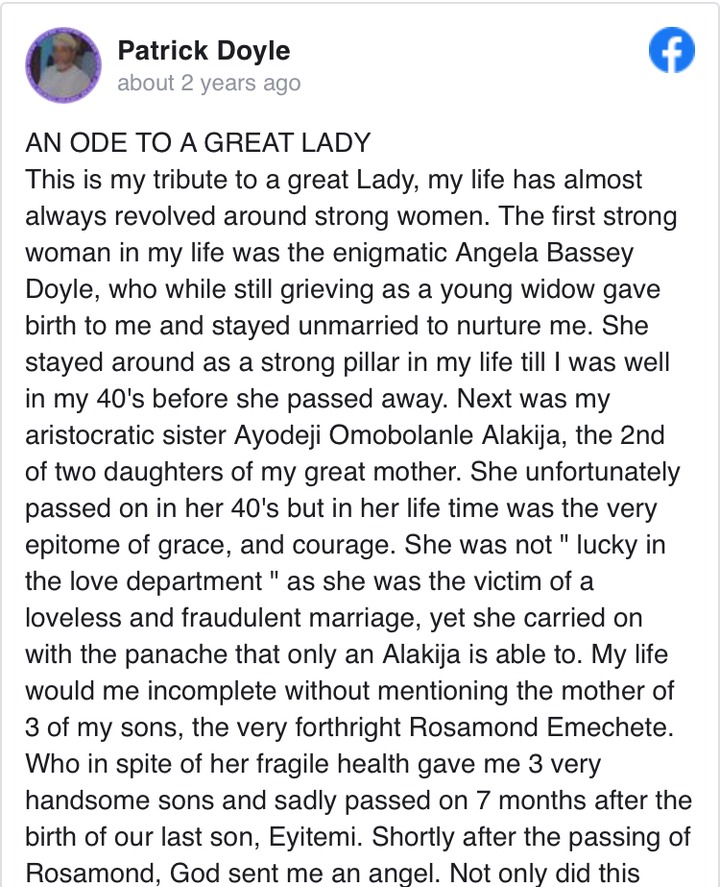 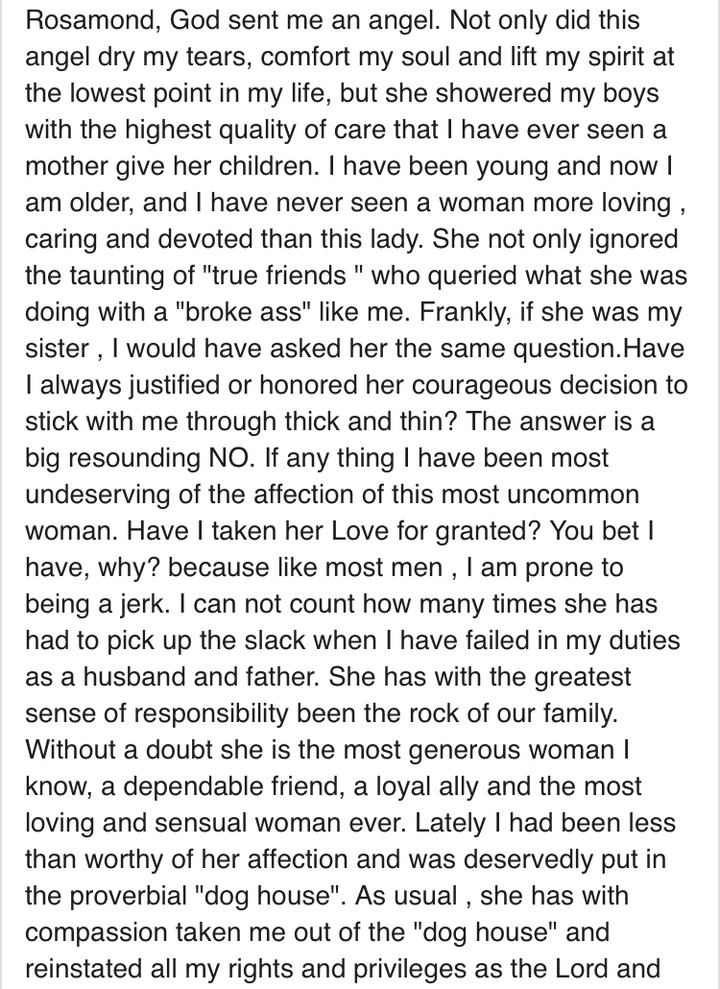 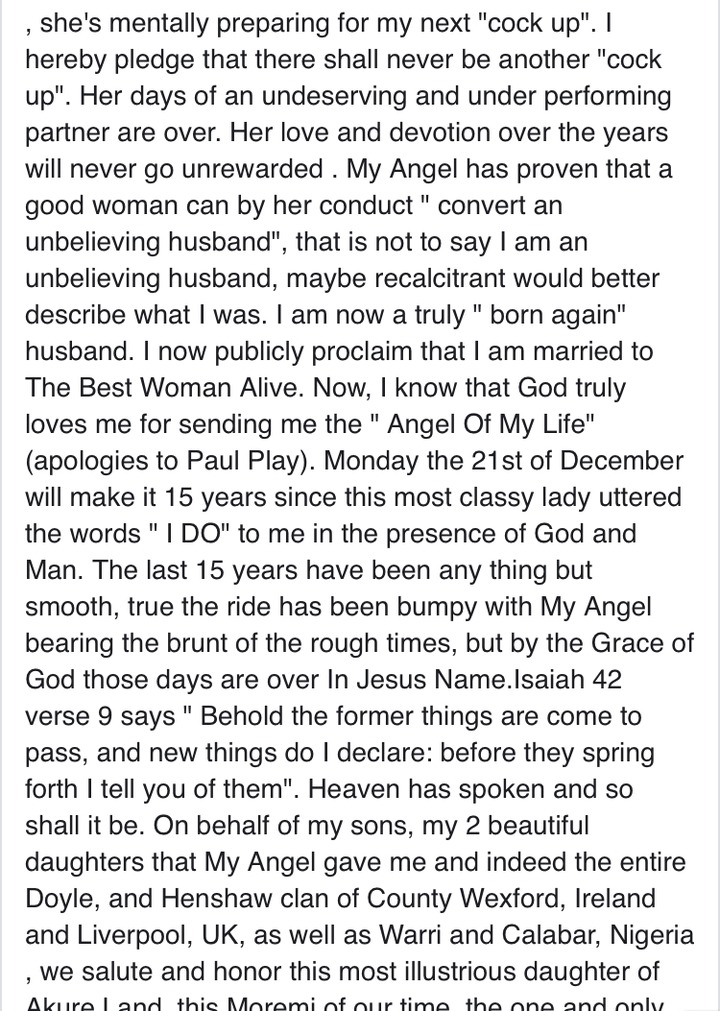 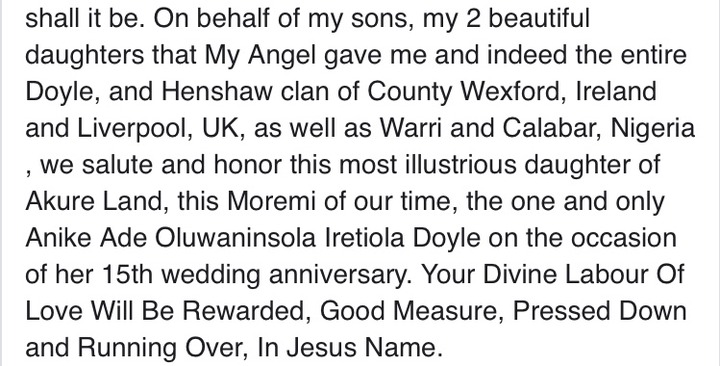 We can only pray and hope the couple are back together and happy.

Marriage is not an easy ride and no two marriages are the same. Living with and seeing the same person everyday can be tiring, but no one can downplay the importance of having a companion.

The wedding ceremony is just the icing on the cake, the marriage itself is what needs to be prepared for.

Which brings about the questions; is marriage worth the stress people go through?

If you offend your partner, can you apologize publicly to win the person back?

If as a man, you hurt your wife, how would you apologize to her?

Will you kneel to apologize? Write a sweet note? Or invite family members over to talk to her? 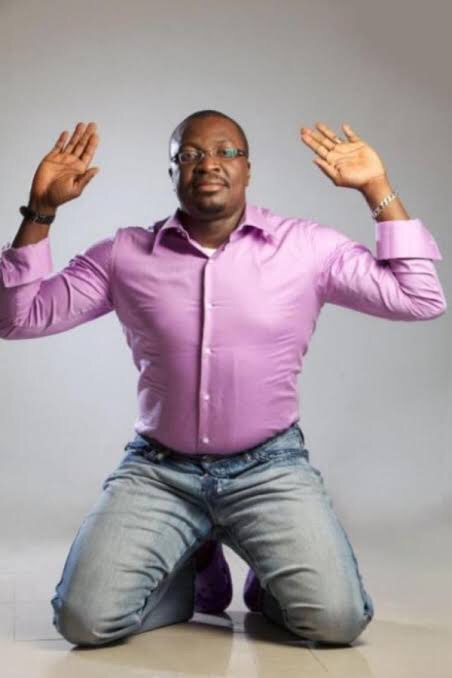 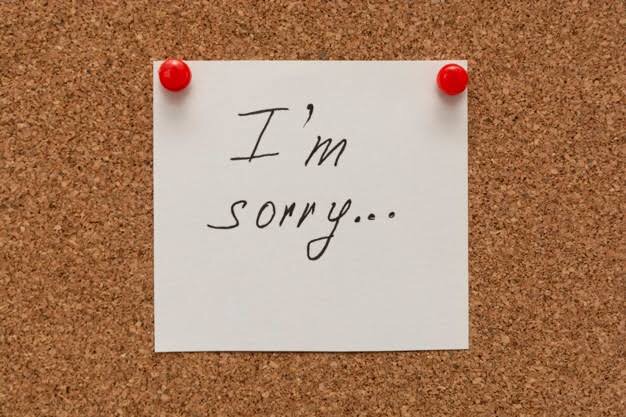 Content created and supplied by: Crediblefacts (via Opera News )