"The Wedding" BBN's Nini Says As She Shares New Video Of Herself, Saga, Mr. Macaroni & Others On IG

By 1stladyblog (self media writer) | 3 months ago A few hours ago former "shine ya eyes" star identified as Nini took to her verified Instagram page to share a new video of herself, Saga, Mr. Macaroni, and others in a comedy skit as she says "The Wedding". To begin with, Saga came with his girlfriend to her father's (Mr. Macaroni) house to ask her hand in marriage as he introduced himself while the lady told her dad why he came with her, and he was very pleased to have him.

While he (Mr. Macaroni) what still talking, funny enough Saga was busy arranging his lady's bracelet and when his father noticed whàt he was doing, he interrupted him and said that he hadn't even married his daughter yet, and so why is he doing that already. He (Saga) replied to him with a smile on his face and said that he was just making sure her hand chain was properly placed hundred percent. 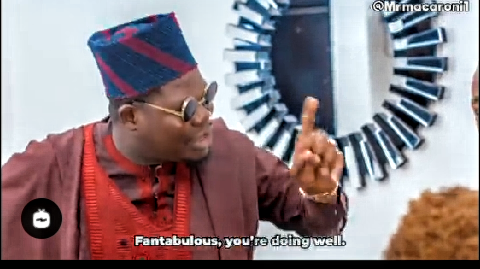 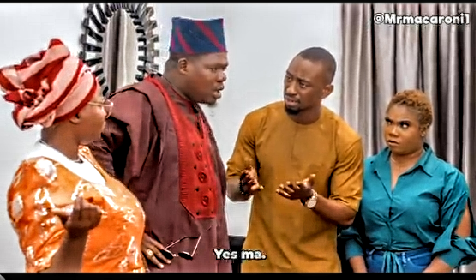 However, the mother of the girl also came to the seating room and started shouting at what she (Saga's wife to be) has done wrong in the house, and he said to them that he is taking all the blame for whatever she may have done and at that point, they were so please with him and he was accepted to marry their daughter identified as Omolara.

Nini came into the picture was In another scene, where Saga was seen seated alone in joint and she walked up to sit with him and she introduced herself, stating that she just wanted to be his friends but he told her that he wasn't interested as he said that he is engaged to be married.

She, however, insisted that she doesn't mind as he also refused her and at that point his girlfriend's father, Mr. Macaroni came along with his daughter and open up to him that he was only been tested to know if he was the right man for their daughter as they laughed on. 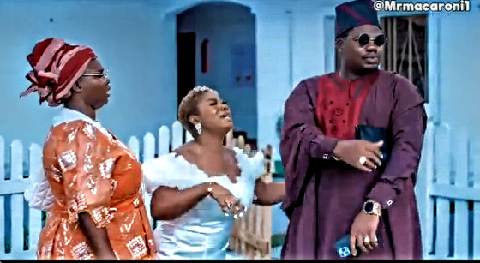 The last scene that was shown was where Saga and Nini were seen wearing wedding dresses and standing before the officiating pastor professing love to each other as he was asked to kiss his bride after said and done.

Meanwhile, Mr. and Mrs. Macaroni and their daughter were standing at a Conner helplessly watching Saga and Nini finally tie the knot as she (former girlfriend) was busy crying profusely. Her mother further blames her husband as she queries him for putting a good man that was going to marry their daughter to a test. 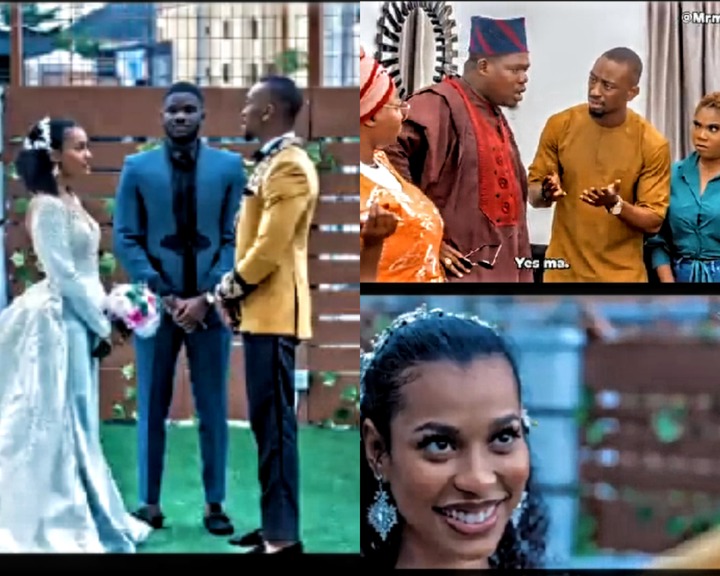 View the video link below for full details

Fans gather here to show some love to your favorite celebrities. Did they kill it or not. Thanks, for reading, sharing, and following.