By Lifehub1 (self media writer) | 6 months ago

Nigerian musician, Ayodeji Balogun popularly known by his stage name, WizKid has been consistently producing hit tracks which have earned him a place as one of the greatest musicians in Africa. 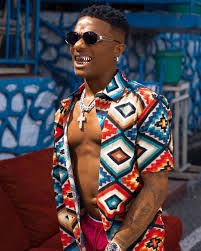 He made his breakthrough in 2011 via his incredible album 'Superstar' and has been in sublime form ever since.

He is known to have won many accolades and awards both on the local and international ground as he recently joined the elites who have won the most prestigious Grammy award after he featured in Beyoncé's Lion King 2019 project on the track titled 'Brown Skin Girl' which won him the award for the best music video, that tracked also featured Blue Ivy.

However, he released his fourth album titled "Made In Lagos" in 2020 which got a lot of international recognition and success. 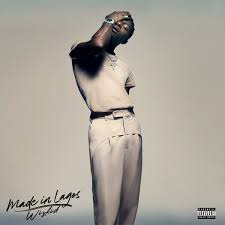 One notable song from the album which has made great waves internationally in countries like the UK and the US is the song titled "Essence" featuring Tems.

'Essence' also became the first African song to reach the Top 30,40,50 and 100 respectively on the US Apple Music Top Songs Chart. 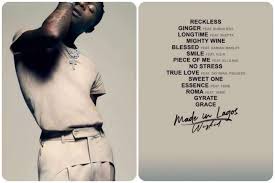 On Spotify, Wizkid is presently the most-streamed Nigerian artist of all time on clocking over 3.4 billion streams across all credits.