By Shade_Metibogun (self media writer) | 1 year ago 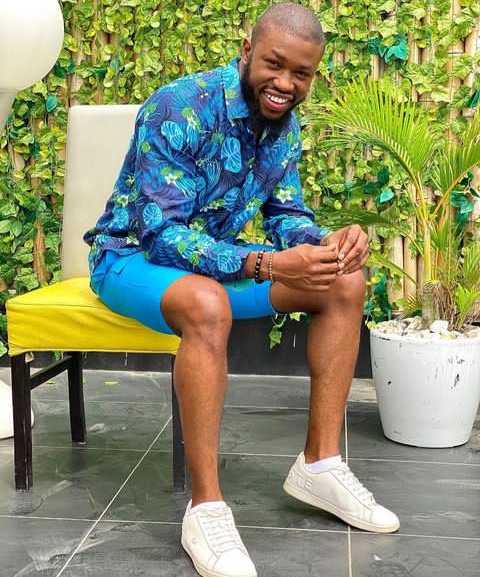 Handsome actor, Stan Nze is over the moon as he glides into the highest grossing actors league.

The Nnamdi Azikwe University graduate can't keep calm since the information got to him. He has been telling all those who care to listen that he is now a cash cow in the industry.

The actor was once written off that he would amount to nothing in the industry, that is why this achievement is a great feat and big deal to him.

He got to the league through his appearance in the movie, Rattle snake: The Ahanna which grossed over 69 million in the cinema making it one of the highest grossing movies of 2020.

Congratulatory messages are already filling his comments section, with some fans and followers saying his achievement calls for celebration and partying. 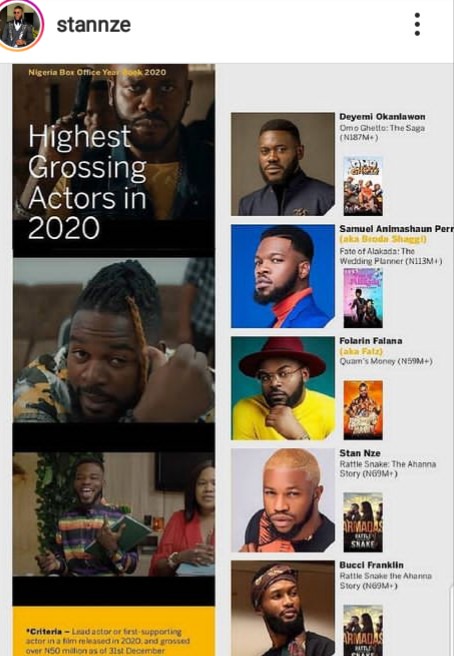 It is only those who have suffered rejection before or those who have been looked down upon in time past that will understand the depth of the actor's feeling.

A lot of Nollywood movies in the cinema have been doing extremely well, raking in money, prestige and accolades for the movie industry both locally and Internationally.

That is why of recent some of our thespians have launching new rides, houses and other landable feats. 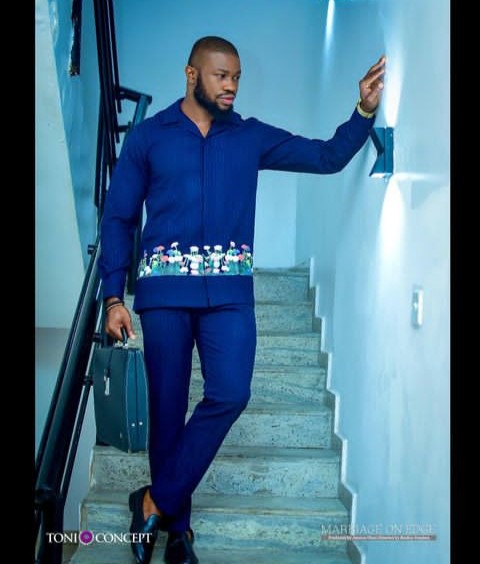 Born in Lagos, Nigeria to a businessman father and fashion designer mother. He studied Computer Science at Nnamdi Azikwe University. He launched into limelight after acting in a minor series, Private Sector. He is also a movie producer who has worked on notable movies.

We hope his new title brings more roles for him both locally and Internationally.