Fiction: Making Love With My Husband Reminds Me of My Rape Ordeal

By SirColder (self media writer) | 2 years ago 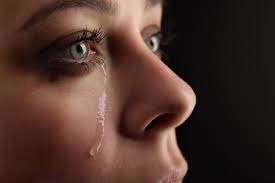 That Saturday afternoon, the popular Eke-Awka market was swarming with people and bustling with activities when a 13-year-old girl sprinted into it like an energetic puppy dog newly loosened from its tether. Like sacred ritual processions on the shrine of a powerful deity, never had the activities of this ancient market been distracted by trivialities. But it was the horrendous sight of a teenage girl recklessly tearing her way through the market men and women as though something had come loose from her head that did the unusual, that held the market arena spellbound as she coursed past buyers and sellers, hagglers and gamblers, hawkers, barrow pushers and beggars.

She wildly surged forward like a lunatic, spilling palm-oil and groundnut-oil containers, knocking vegetables and fruits off tables, upending open bags of rice and beans on the shelves. Soon, a multitude of angry market women charged after her, throwing objects and hurling abuses at her for the damages done to their commodities.

The young girl---as light as a dove--- increased her pace, dodging and deftly meandering away from the many increasing hands trying to catch her and ended up destroying more commodities. She did not stop running until she reached her mother’s vegetable shop and collapsed at the elderly woman’s feet unconscious.

Soon a phalanx of people formed in the front of her mother’s shop trying to revive her, while her mother sobbed. The memory of that day was what played in Meremma’s head now as she sat on her dining-table drinking brandy and flipping through some papers. It was 17-years later, yet the memories were still fresh and crystal-clear as though she was watching it on the TV. She could trade anything in order to do away with this horrifying past of hers.

Young and new to the business of hawking, a man in his late 30s had lured her into an uncompleted building so she could sell sachet-water to the supposed workers at his building site. But when she discovered his ploy, it was already too late and she ended up raped. Everything had happened too fast that fateful evening. Just a little drama and her clothes were torn in shreds, a few more calculated actions that seem to have been perfected by her assaulter’s habitual practice and her breasts were in his mouth, her two legs thrown ajar, while he banged her like a drum-set.

She would be 30 next month and have been married for 5-years now, yet whenever her husband, Chiemelie touched her, she felt as though a thousand worms—little, slimy, filthy creatures---wriggled all over her body. 5 whole years and she could count the number of times they had slept together. After each experience she often felt abused and would cry all night long.

The first time they consummated their marriage, she had pushed Chiemelie away from her in the middle of the act so that he smashed his head against the mirror-stand in their bedroom. And every time she saw that finely-stitched crack at the back of his skull, she was overtaken by pity, guilt and a myriad other awful feelings that cannot be succinctly described in few words.

Yet, Chiemelie---the most considerate, calm and collected man she ever knew---had been gentle, understanding and patient with her. She wished he was impatient and less understanding. Their marriage would have ended long ago and both of them would not have lingered together for so long a time in this psychological torture. But all things been equal, the same reasons why she had allowed the marriage to drag on this long would still be the same reason why she would have to end it. Chiemelie was a good man, but then he deserved better. And that was why she had eventually sued for a divorce, to give them both the opportunity to move ahead and untangle themselves from the tormenting captivity of their matrimony.

Meremma sipped her glass of brandy one more time and stared at the reddish-pink liquid dancing in the cup. She was going to sign the divorce papers on the table once she empties the glass. Her mind was made up; nothing would stop her this time around. She was going to put an end to these years of agony and depression brought about by the semblance of her husband’s touch to that of her assaulter 17-years ago.

Content created and supplied by: SirColder (via Opera News )