By raibconsult (self media writer) | 1 year ago

THE ORIGINAL HISTORY OF ILA ORANGUN 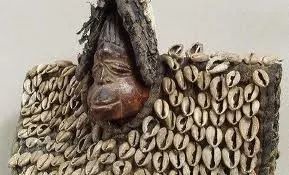 The ancient city of Ila-Orangun is situated on latitude 8 Degree North of the equator and longitude 4 Degree East of the Greenwich. It’s about 145km northeast of Ile Ife the cradle of Yoruba race. It’s a gateway to both Ekiti and Kwara State and share boundaries with Ora and Oke-Ila Orangun to the north-east, Agbamu, Arandun, Rore and Aran-Orin to the North, Oyan to the West, Otan-Ayegbaju to the South West and Oke-Imesi in Ekiti State to the east.

The principal rivers of the town are: The River Osin, rising in Ila-Orangun along Ajaba road and flowing north-eastern path into the river Niger through many Igbomina towns. The River Aketi, rising behind the Orangun’s palace and flowing to the north. The river Isinmi which flows across Ora road and serves as the source of water for Ila water works which is being treated and sent to the town for drinking. Other rivers include Ogbun, Opopo, Oyi, Omifunfun, Magbon, Aloyin, Takiti, Owada etc.

That Ila-Orangun was founded by Orangun Fagbamila Ajagun-nla, (the progenitor of Igbomina race) a son of the legendary Oduduwa is not a matter for debate. Opinion differs as to how the people got the name “Ila-Orangun”for their settlement. Lets us examine some legends. A version goes thus: the name “Ila-Orangun” was derived from the two settlements, which resulted from two separate events in the life of the founder. When Fagbamila Ajangu-nla was about to leave Ile-Ife to found his own kingdom, his father, Oduduwa gave him half (Ilaji) of his property. Also, the Odu Ifa that directed his exist from Ile Ife was “Ose meji” meaning “Oro mi gun” which when translated means my life plans are straight forward. Thus, the statement “Ilaji ni mo pin, Oro mi gun” later became “Ila-Orangun”.

Another version says that Oduduwa has rarely been blessed with male children; he therefore consulted Ifa which advised him on what to do in order to have a male children. This account goes further that, having carried out what Ifa advised, Oduduwa was blessed with a male child whom he named Ifagbamila (Ifa has saved me) which brings to memory that he offered placatory sacrifice to Ifa before the child was conceived. Also Oduduwa was overwhelmed with joy by this development which he saw as a victory over his enemies. He therefore added other tell-tale names to the one already given to the lucky child. He called him ‘Oran-mi-gun’ (lit. means my cause is straight forward) which was contracted to ORANGUN. Young Fagbamila was born on a day known in the Ifa oracular calendar as “Ojo Ila-ye-fun”.It holds this out as explaining why ILA has come to be the name tag of his ultimate seat of government. (Adebayo 1996).

Anothetr tradition holds that ILA was corrupted from NLA (big). This has been rationalized by calling the fact that Fagbamila inherited all the wives of Oduduwa who were then housed in a mansion. (Johnson 1973:8) Fagbamila was thereafter referred to as ‘ORAN-MI-GUN-ILE-NLA’, the origin of the full title ORANGUN ILE NLA (Adebayo Ibid). Fagbamila Ajagun-nla was a brave, powerful and Great War leader. He led olugbon, Aresa, Onikoyi and Olomu Aperan in various wars, to help his younger brother, Oranmiyan the first Alaafin of Oyo to conquer the Ibaribas and the Nupes. He reigned at Igbo Ajagun-nla on Arandun road. Fagbamila Ajagun-nla according to traditional evidence didn’t die but sank into the ground. In asserting this claim, the existence of a deity called ‘EBORA ILA’ which is in the custody of the Abodiyo, a chief of Ila-Orangun is believed to be Fagbamila’s spirit. However, Fagbamila was succeeded by one of his sons, Amotagesi who reigned for a short period at Igbo Ajagun-nla before migrating with his people to a new settlement christened Ila-Yara. The rationale behind the migration is yet to bne explained by available accounts. However, Orangun Amotagesi was succeeded by Orangun Ogboye, who was succeeded by Orangun Oboyun.

On the death of Orangun Oboyun there arose a serious tussle on the succession bid between Apakiimo (the father of Oke-Ila-Orangun) and his younger brother, Oluokun (who later reigned as Orangun Arutu at Ila Magbon) which eventually led to the ruins of Ila-Yara. On leaving Ila-Yara, Ifa had divined that the spike of ‘Opa Orere’ being carried along their route to a new settlement should not be allowed to touch the ground until they would have got to such spot that they considered suitable for permanent abode. Incidentally, Adegbiji Oluokun’s younger brother who was holding the staff inadvertently dropped it at a point when he was pressed to answer the call of nature; an incident but which was unknown to other members of the entourage. With the menace of earthworm in their later settlement, Ila Magbon, they knew something was amiss and shifted their base on a simple confession by Adegbiji after Ifa has revealed the truth of the matter. Enroute their journey to the settlement, Arutu Olokun got bored with age and commanded the ground to open up, and he disappeared in to its vault together with his Olori and his Babakekere. The spot where this historical phenomenon occurred is known as “Para Oke” and it’s being worshipped by the descendants of Arutu to date. Sequel to this historical event, the leadership fell on Adegbiji who became the Orangun Igbonnibi in the present site now.

Content created and supplied by: raibconsult (via Opera News )