I Was On My Own When Dikeh Was Introduced To Me, I Never Promised Her Marriage - Prince Kpokpogri

By bfournews (self media writer) | 1 year ago

Prince Kpokpogri, the ex-boyfriend of Tonto Dikeh has opened up on how he met the actress and how she kept flaunting their relationship on social media while he did nothing. 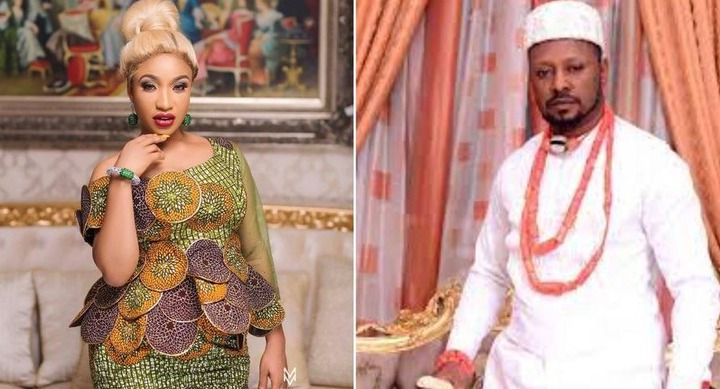 He went on to clarify that he never promised her marriage and that he did not, contrary to popular belief, have the sex tapes of over 30 women on his phone. In an exclusive interview with Premium Times, Mr. Kpokpogri claimed that the actress forcibly brought their stormy and short-lived relationship into being.

Kpokpogri, who sprang to fame after Ms. Dikeh shared a photo of him on her official Instagram page on his birthday on June 27, also claimed that the actress hurled herself at him. I was not into the relationship as she was, have you ever wondered why she was always posting our relationship here and there on social media, and I did little or less posting?’ he said.

In a plea to the Commissioner of Police, FCT Command, dated September 6, Dikeh, through her counsels Festus Keyamo Chambers, Okechukwu Uju-Azorji, and Arinze Egbo, said that Kpokpogri methodically planned his entry into her life and began courting her with a proposal to marry her.

Kpokpogri, who has gained popularity in Delta State politics in recent years, admitted that he was initially hesitant to proceed with the affair.

When Tonto and I first met, she told me she was the relationship type and all that, but I never promised her marriage. I didn’t know her, I was on my own when one Mr. Suleman called me and told me that he was coming to my house with somebody, I asked who was that, he said when he comes I would see the person. Lo and Behold when he came it was Tonto, Kpokpogri said.

I took him aside and asked him ‘Is this not Tonto Dikeh, the one that destroyed her husband, Churchill? Kpokpogri recalled, and he informed him she had repented, she's now a church lady, and her birthday was coming up.

The chairman of the Anti-Corruption and Integrity Forum also stated that he is not a blackmailer, contrary to claims made by his estranged ex-lover and her colleague. I have said that if anybody has any evidence of me blackmailing them, let them present it, up till now, no one has been able to present anything.

Content created and supplied by: bfournews (via Opera News )