The internet and social media is filled with people who enjoying trolling and dragging others especially those people they don't like while some do it just for fun. The major group of people who are targets to this trolls are mostly public figures and celebrities. Because of their celebrity status, they are easily attacked when they say or do certain things that does not sit well with the public. However a lot of people on social media are living fake lives. They are often times not exactly what they potray themselves to be. 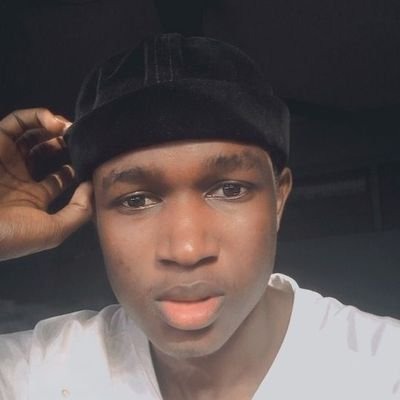 This is the case of a young guy on twitter by the name Pechamyounger who tried to troll a popular female journalist, Kiki Mordi, by calling her a broke woman. The journalist is also known as the grand commander of the feminists for her active participation in Feminism. In a bid to insult her, the young man claims to have known and seen the Journalist in person and that she is very broke. To be broke actually means that someone has run out of money. 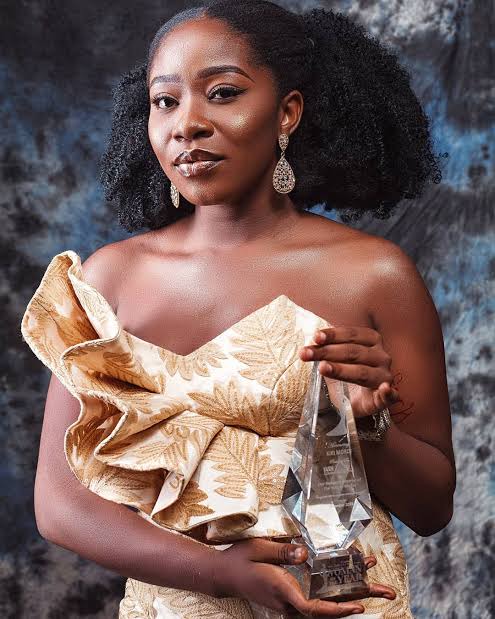 However, the Guy's action did not end up well for him as the Journalist went ahead to dig up old tweets of the guy where he was seen begging for money with his bank account number. In her words she said

" You have never met me before kid. But we have all met your begging self"

She made sure to attach a number of tweets evidence where they guy could be seen begging for money.

The same person who called her broke, was thesame person sharing his bank account number for people to give him money. 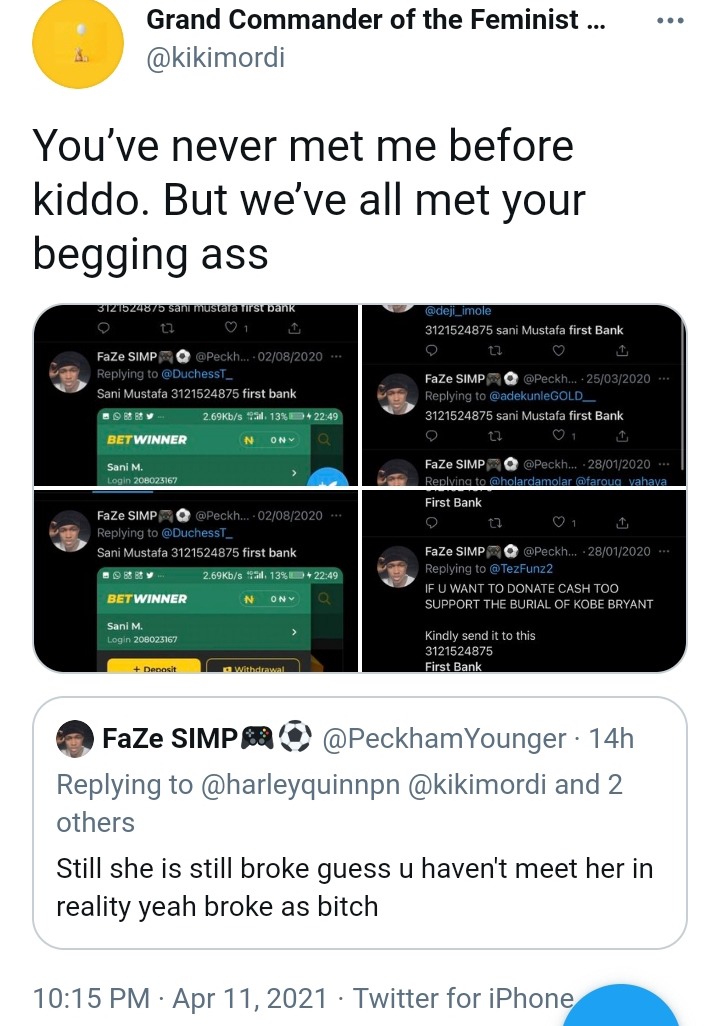 The award winning investigative journalist posted series of tweets which showed evidence of the young man begging for money under people's timeline where he attaches his back account number. Below are screenshot of the tweets showing they guy going about asking people for small amounts of money and attaches his bank account number.

Below are screenshots of the guy's old tweets, pleading for funds: 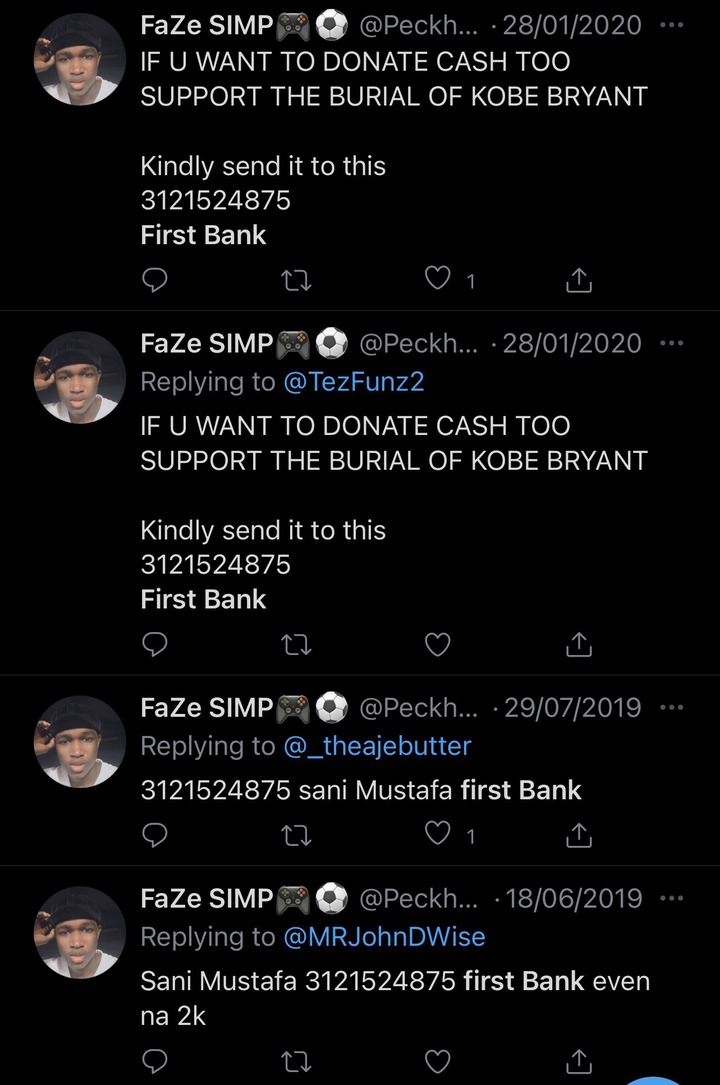 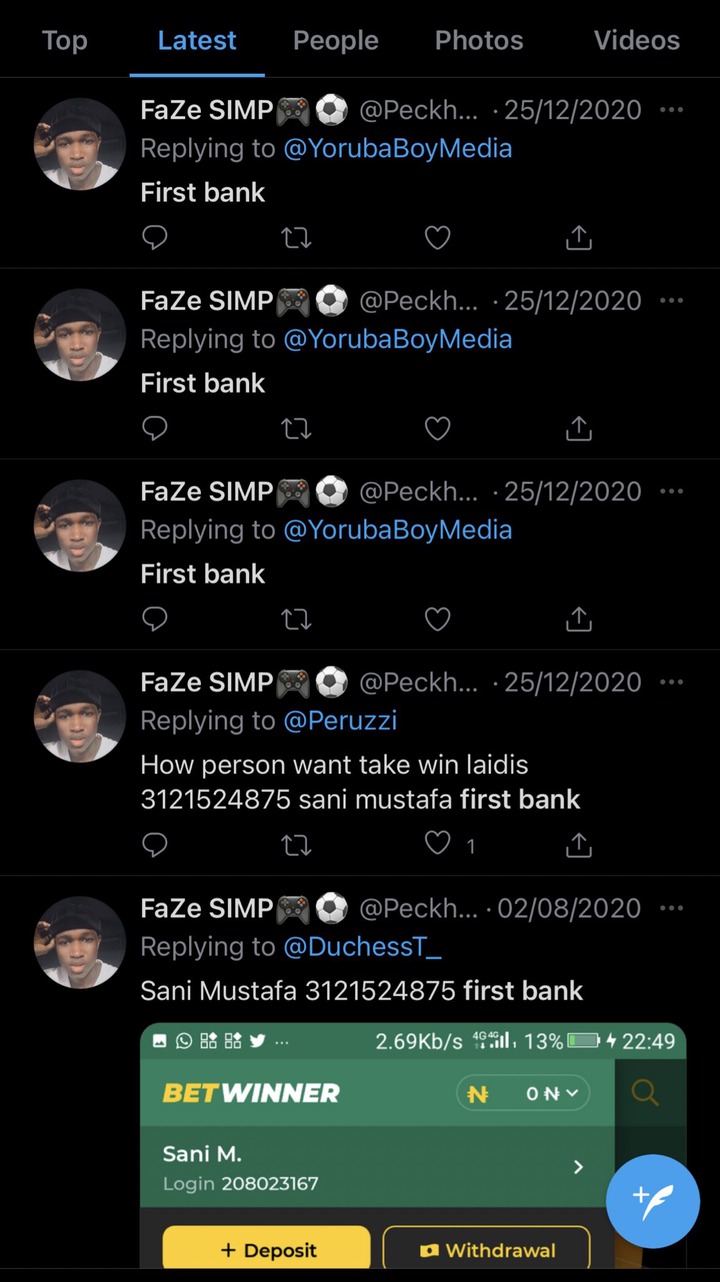 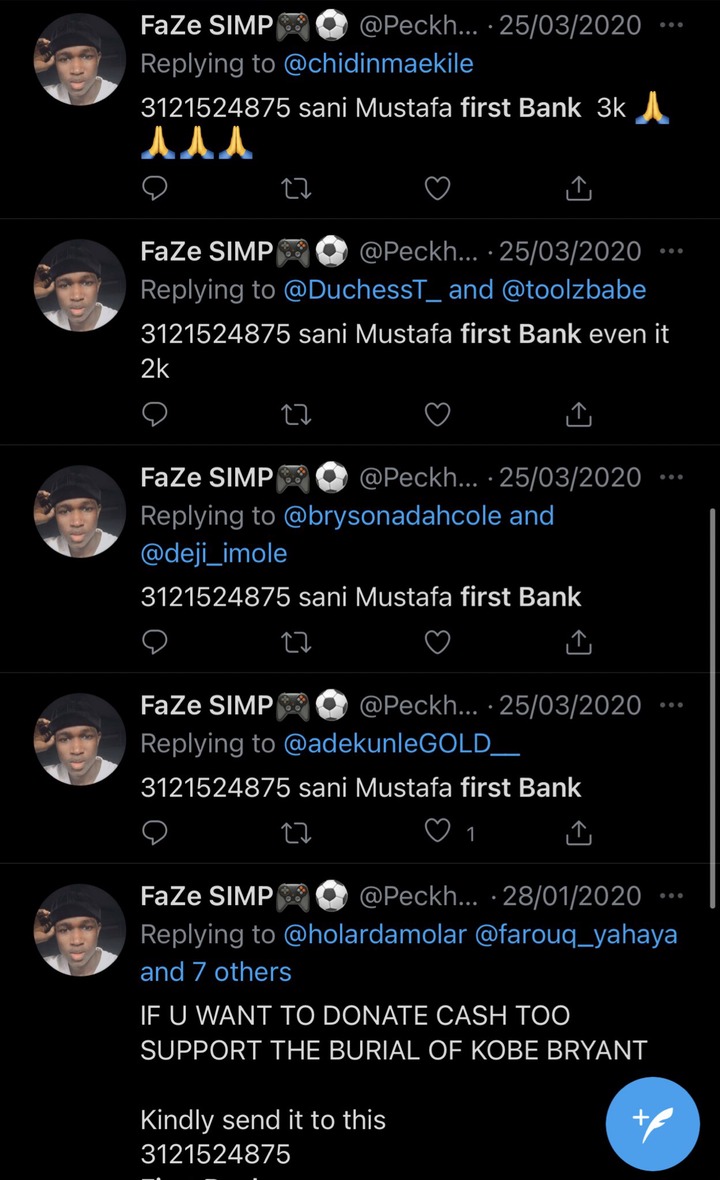 After the journalist posted those tweets in reply to his troll, several people reacted to it in various manners. Most of them were surprised at the effontery they guy displayed and were happy that he got a taste of his own medicine.

"Any person that is broke should really not call another person broke. Just look at how he embarrassed his ancestors"

"So he is a chronic begged claiming Kiki is poor" 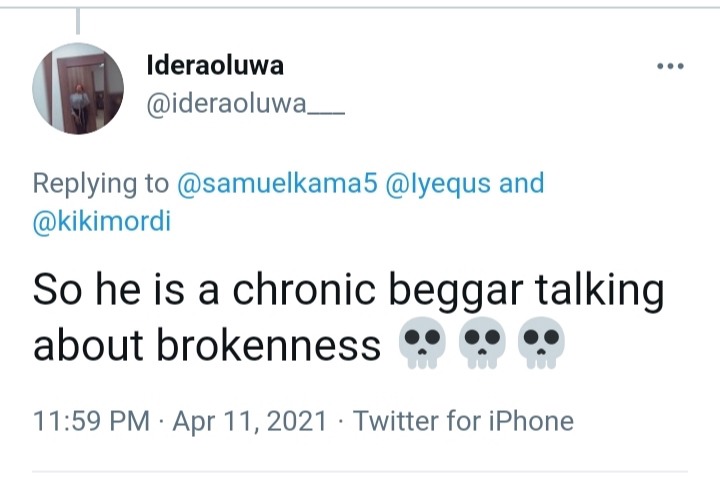 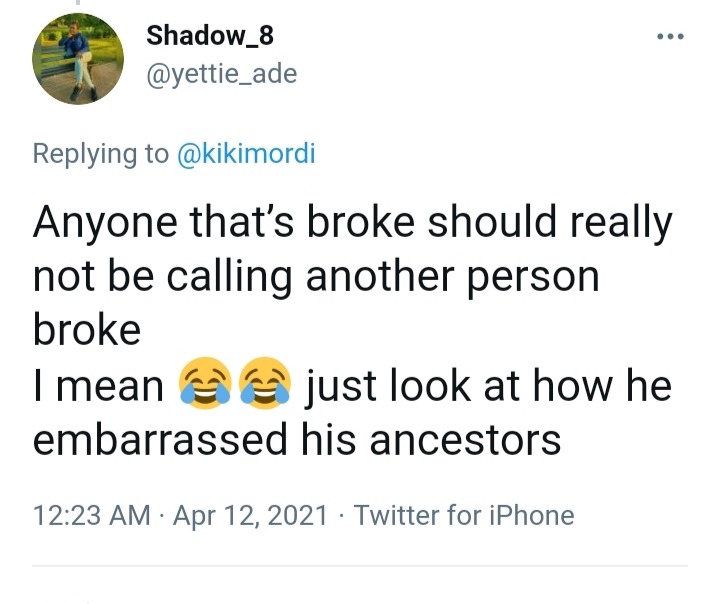 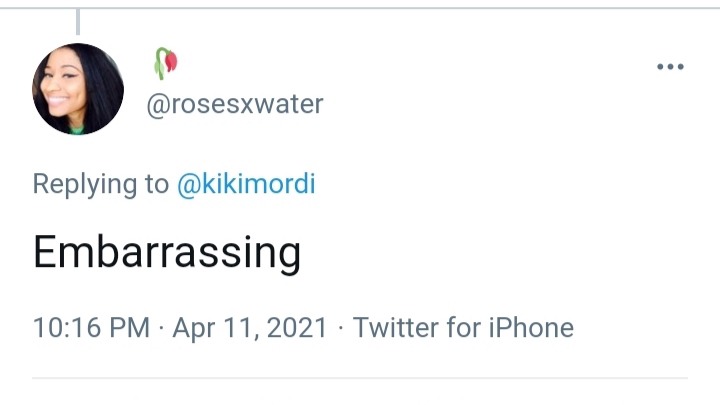 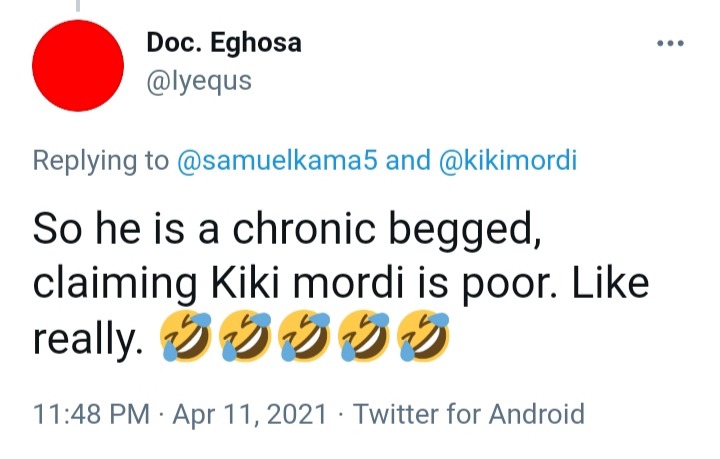 Stop Saying "My Fifth-Year Wedding Anniversary", Here is the correct way of saying it

Now That The NLC President Has Been Declared Wanted For A Handsome Reward, What Do We Do? - FFK Asks

Churchill, Tonto Dikeh Made You What You're Today, Stop Shading Her on Instagram - Uche Maduagwu

Spice up Your Relationship With these 17 Beautiful Good Night Messages

Forbes, Don't Put Me on Your Stupid List if You Don't Know What I'm Worth - Diamond Platnumz Reacts