By eFactor (self media writer) | 7 days ago

The use of intimate photos or videos to intimidate celebrities especially female ones are the most common baits the blackmailers often deploy to extort money from the entertainment stars. However, some popular female celebrities have dared their blackmailers amidst threats. Throughout the world, stars, influential and top government officials have always been victims of blackmail. It is much easier to extort them because they are in public space and have their names and organization to protect.

They take these undue advantages to defraud them in monetary values or probably to get some classical information that might in the long run hurt their professions and fame.

Blackmailing is an act of forcing someone to do or pay something by threatening to reveal a secret he has a hold of. They enjoy it because huge ransom is often exchanged as the deterrent of the victims.

However, apart from the emotional trauma, the popularity and reputations of the victims involved may be seriously battered if their secrets are exposed to the public domain by the third party not authorized to get hold of it!

In this piece, you are going to read about Nigerian female stars who stood their ground in the face of threats; not to fall for the gimmicks of the blackmail. Some even shared their nude photos by themselves on social media to shame the blackmailers. 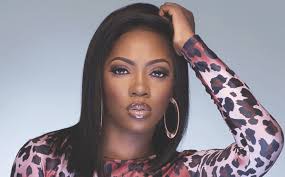 Even though the alleged intimate photos are yet to be seen in media space, but the popular Nigerian singer had briefed about the escapades.

During an interview, the mother of one has confirmed that an unverified blackmailer has her intimate moment with her current lover.

While narrating how it was leaked, Popstar revealed that the video was accidentally shared on Snapchat by the lover who quickly deleted it after he realized his error but it had already been downloaded by a stalker.

The singer, who would be releasing the video of her song “Somebody’s Son” featuring American singer Brandy, on Tuesday, therefore begged her fans to ‘let it go.” if the video eventually leaks online.

Her confession was awash with mixed reactions, and many wondered what could have made a 41-year old and mother so careless in recording the intimate moment with a male lover in the first place.

Many questions are being asked as many fellow celebrities and fans felt disappointed by her action. 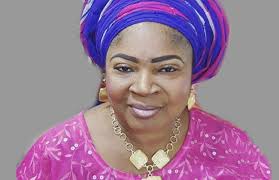 Tiwa is not the first female artist to be threatened over nude images or videos. This legend Waka music originator came up before her, but she dealt with the situation and restrained to blackmailed!

In April 2020, she intentionally released her intimate pictures after being threatened by a blackmailer whose names are Olufowoke Oladunjoye Emmanuel.

The music legend who locked 60 years old recently was reportedly threatened by the 19-year-old National Diploma Holder of Yaba College of Technology. The boy had intimidated the woman by tarnishing and destroying her career of over 45 years.

Her blackmailer was eventually nabbed by the police days after she had shared the photos and screenshots of her chat with the blackmailer on Instagram so that she could be left alone. 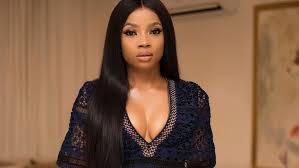 This popular media personality, in April 2020 challenged her blackmailers who threatened to publish her nude pictures.

Before blackmailers could leak those pictures online, the media girl had, on her Instagram page, released one of the photographs, with a long note addressed to her blackmailers.

Circulation of intimate images or videos of someone has become an increasing problem, especially for young women in many parts of the world. There should be a strong and weighty law against the suspects.

More importantly, the celebrities should also be wary and conscious of the lovers they share their intimate moments with and the places where they host themselves. Caution is the greatest key in getting over blackmail.

"I have kissed people's wives and girlfriends in the past, it is part of my job as an actor" -Boma