By Miraclesforthemoney (self meida writer) | 1 months

Do you know that some songs do ease worries in human being, some people who are supposed to be depressed get relieved because of the song they played. A young Igbo lady has disclosed how she was able to escape from depression through an Igbo song when things were pretty hard for her. According to her, she said she lost her both parents when she was very little. She lost her dad, and later she lost her mum, that was when she was 5 years old.

She was trained by another person, as if it was not enough for her, she got married, some years after her marriage, she lost her husband. She became worried, everything seemed very abnormal for her. She almost fell into depression, but she was still able to conquer. 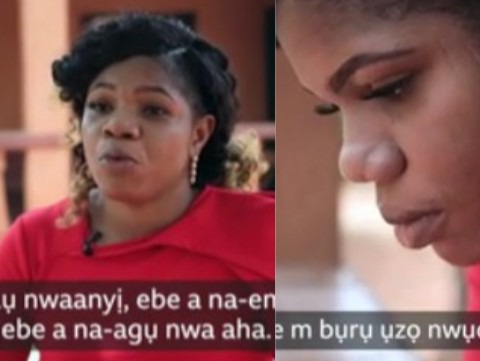 But as she was all alone in her thoughts, an idea entered her head, she decided to sing. The song she decided to sing was not an ordinary song, the song is mostly sung by Nsukka people. It is known as "Egwu Egara Nsukka" the song is formed by using Proverbs to form a rhythm and then convert it to a melodious song. And it is not sung by everyone, as most people believe that it is only elderly people that sing that song. And it is believed that they are actually interacting with their ancestors while they sing the song .

After singing the song the first time, she liked it. She then decided to record it and post it in Facebook, she did, and people liked it and reacted heavily to the her video. Then she was recognized by many people. The song is capable of easing stress from someone who's depressed or someone who's in burden. So she was able to free herself from depression with the song. And right now, she uses the same song to help relieve people from depression. People are surprised that at her age, she was able to sing that kinda sacred song. Click here to watch her interview. Like, share and follow me up.

Content created and supplied by: Miraclesforthemoney (via Opera News )

Why I Can't Stick To One Woman - Tekno

13 Undeniable Signs You’re With The Man You Should Marry