Moana quickly became a popular Disney princess due to the movie’s great storyline and awesome songs. However, in real life her lookalike is Ali Crevalle, she is also the actress who voiced the character, Moana. It’s almost impossible to see a look-alike of Rapunzel with the same hair length, but I did find someone who looks similar. Actress, Amanda Siegfried resembles Rapunzel a lot. They’re both blonde with a similar mouths, and noses – however, I think it’s her green eyes that made her look more like Rapunzel. 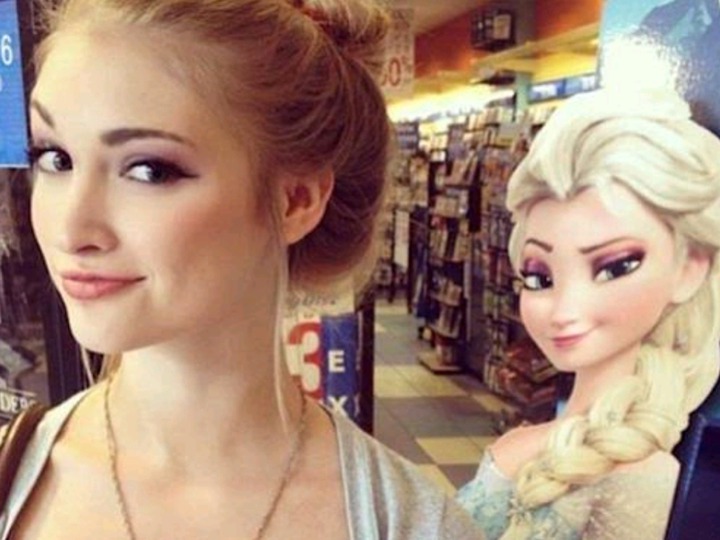 Anna Faith Carrison is Elsa's lookalike in real-life, her photo became viral after she posed with a cutout photo of Elsa in a grocery store. In the image above, you can see that her color eye shadow, smirk, and blush looks like that of Elsa. 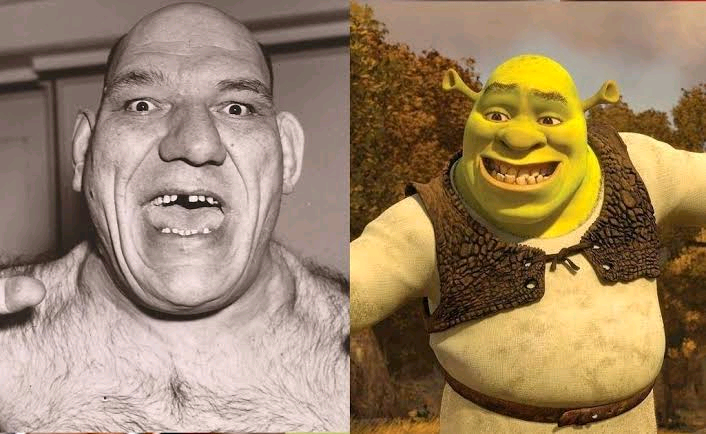 Shrek’s look-alike in real life is Maurice Tillet, he was a French wrestler from the 1930s and 40s. Looking at the historical photo, you would agree with me that it’s possible Tillet’s photo was the inspiration for Shrek’s design. 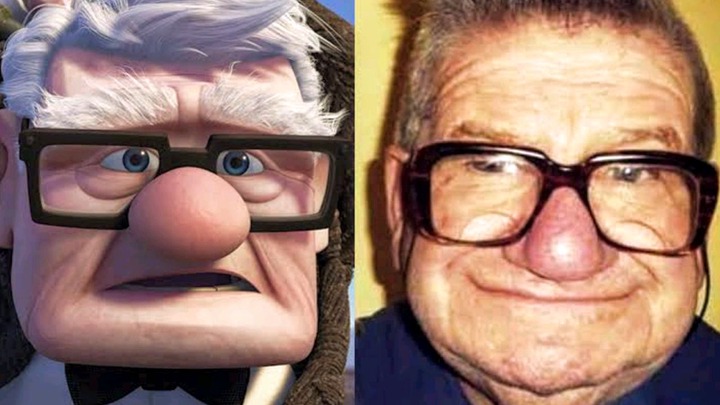 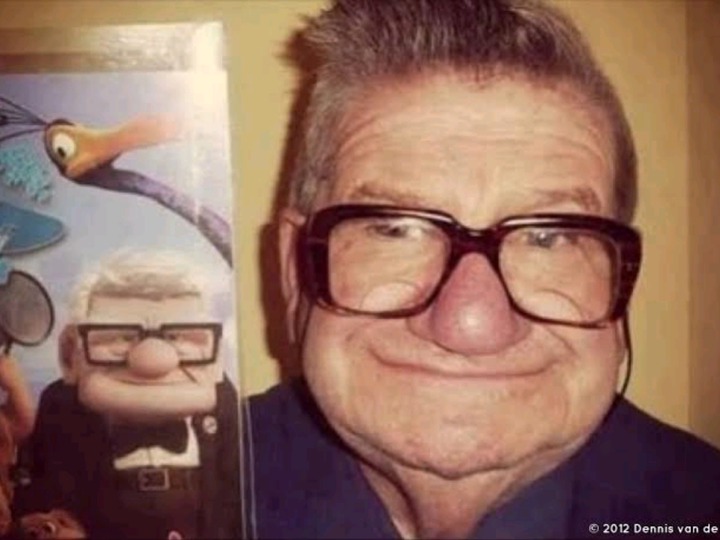 Up is among one of the sweetest Pixar movies of all time. However, fans were happy to find out that Karl found happiness again, thanks to a little boy, a talking dog, and an exotic bird. However, Karl's lookalike in real life appears to be a man who's resemblance to Karl is uncanny .