By Jazzyupdates (self media writer) | 2 years ago 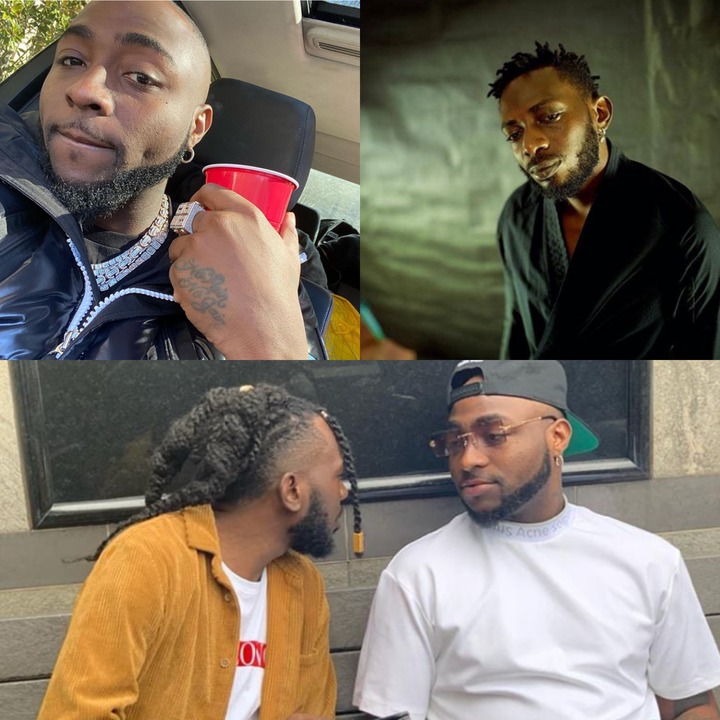 David Adedeji Adeleke is one of the most loved Nigerian artiste, he is not just loved only in Nigeria but well loved in Africa as a whole and beyond. He is a well talented singer, songwriter, philanthropist and a record producer, he is popularly known as Davido or OBO (Omo Baba Olowo which means the son of a rich man) in the music industry. According to him, he prefers being called OBO to Davido. 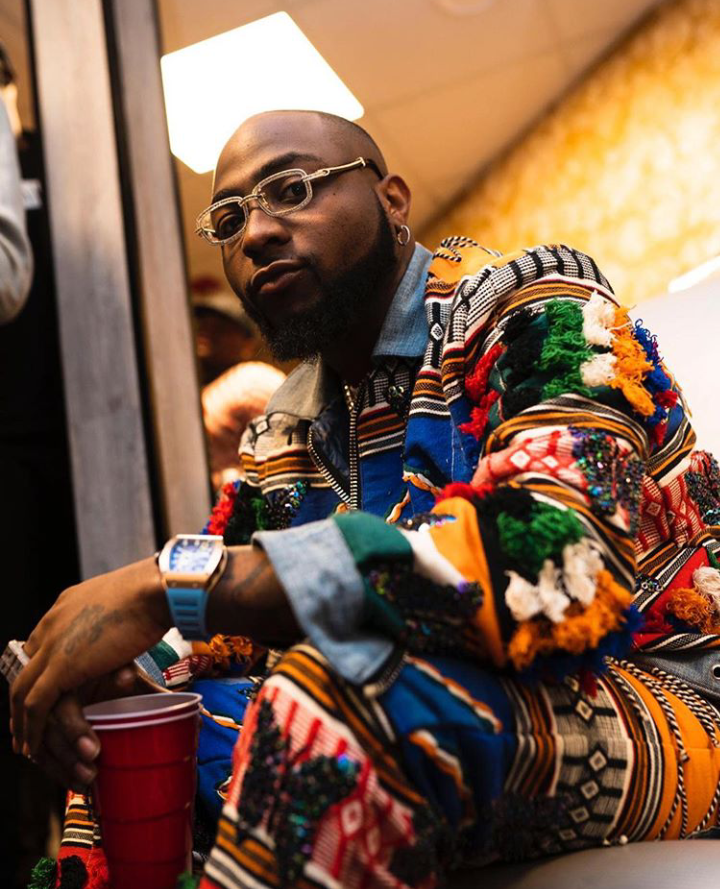 ﻿He is actually the real G.O.A.T because of his back to back hit songs. Davido is an American citizen by birth as he was born in Atlanta, Georgia, but a Nigerian citizen by root. He was born on the 21st of November 1992, which makes him just 27 years old going on 28 years. He was born with a silver spoon as his father is a well known multi billionaire, Adedeji Adeleke. ﻿Moreover, He rose to stardom after releasing his second single ‘Dami duro’ , he released his second single from his debut studio album Omo Baba Olowo in the year 2012. That year he won the Headies as next rated artiste and ever since then, Davido has not ceased to churn hit songs. He has gained recognition both locally and Internationally, also, He has worked with top American Artiste like Meek Mill, Chris Brown, Nicki Minaj, Khalid and so many others. Davido now runs his own music label which he founded in 2016 and called it Davido Music Worldwide (DMW). This record label houses afro pop stars like Peruzzi, Teli, Peruzzi, Dremo, Mayorkun and many others. Davido is also known to be the hope of the hopeless as he has uncountably helped different people for just a little thing they did for him, that is actually the main reason he is the most loved musician in Nigeria. Nigerian singer, songwriter, and dancer, Akinmayokun Awodumila, popularly known as May D has addressed the cause of fallout with Square Records of now-defunct music duo, Psquare. In 2013, May D parted ways with Psuare and Jude Okoye due to “irreconcilable differences” as the statement released then stated. Following the problem that occurred recently between, Psquare, Mr Jude, Cynthia Morgan and Mr May D. He revealed how badly he was treated while living with the aforementioned. He said, "For your information I was staying in their boys squatters with their driver and their cook just one room all of us shared a toilet and I had big songs and also the other side of their twin duplex was empty! Now! I slept on brand new television carton used my shirt as cover cloth". Davido took it upon himself to help Cynthia Morgan out by doing a duet with her, which might be amongst the tracks in his highly anticipated album, "A better time". Davido also signed May D to his record label, DMW, which May D took to his Official Instagram and Twitter handle to officially announce. He said, "My New Family, I'm so excited! PROBLEM #DMW #30BG #CONFAMENT." 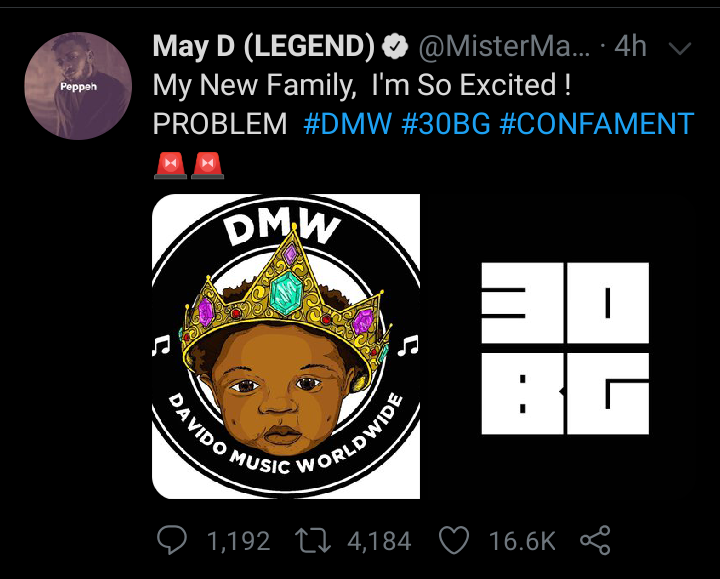 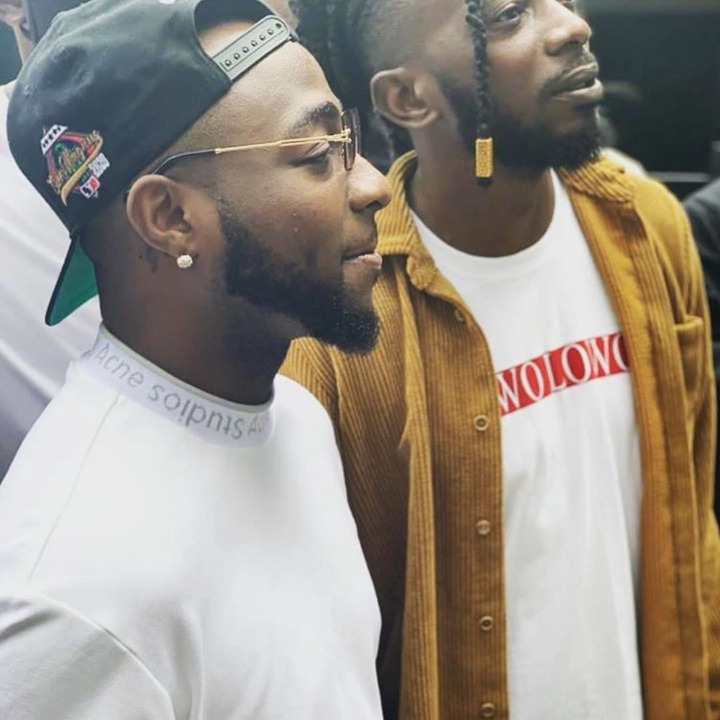 Fans and Nigeians in appreciation for what Davido just did and what he has been doing, spontaneously and instantaneously prayed to God Almighty to bless Davido abundantly and also praised him and encourage him to keep on his good work and his kind heartedness. See screenshots of the comments and reactions below; 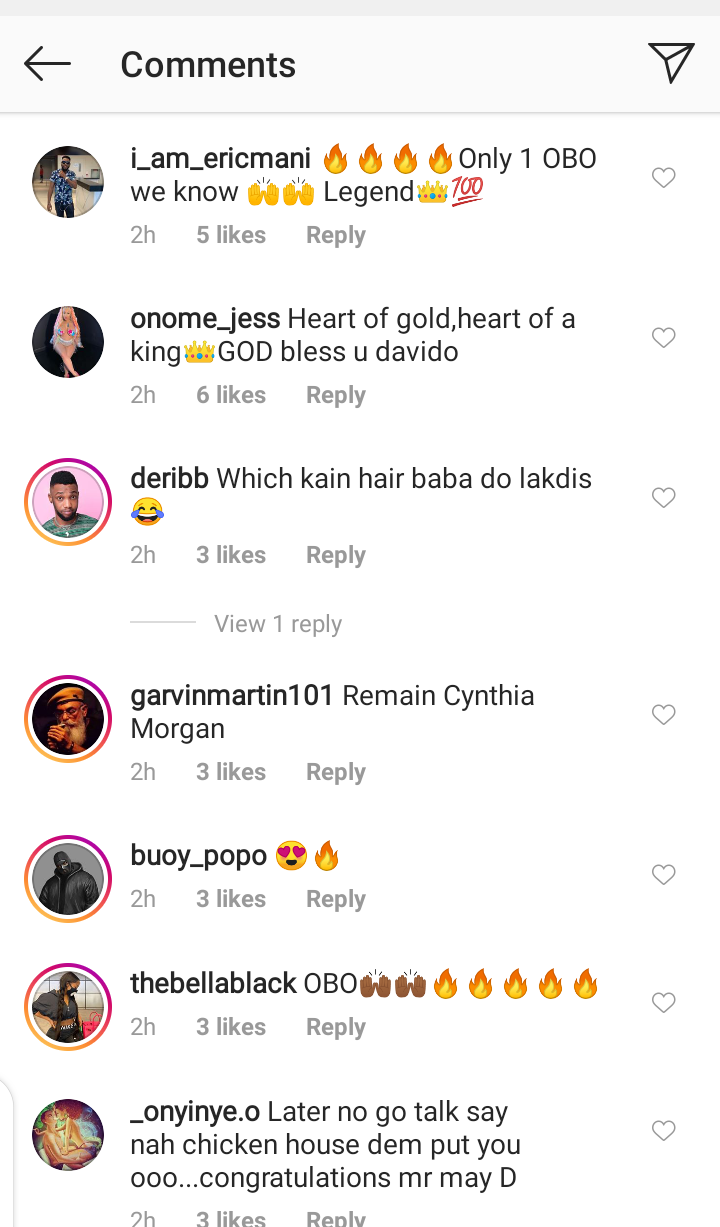 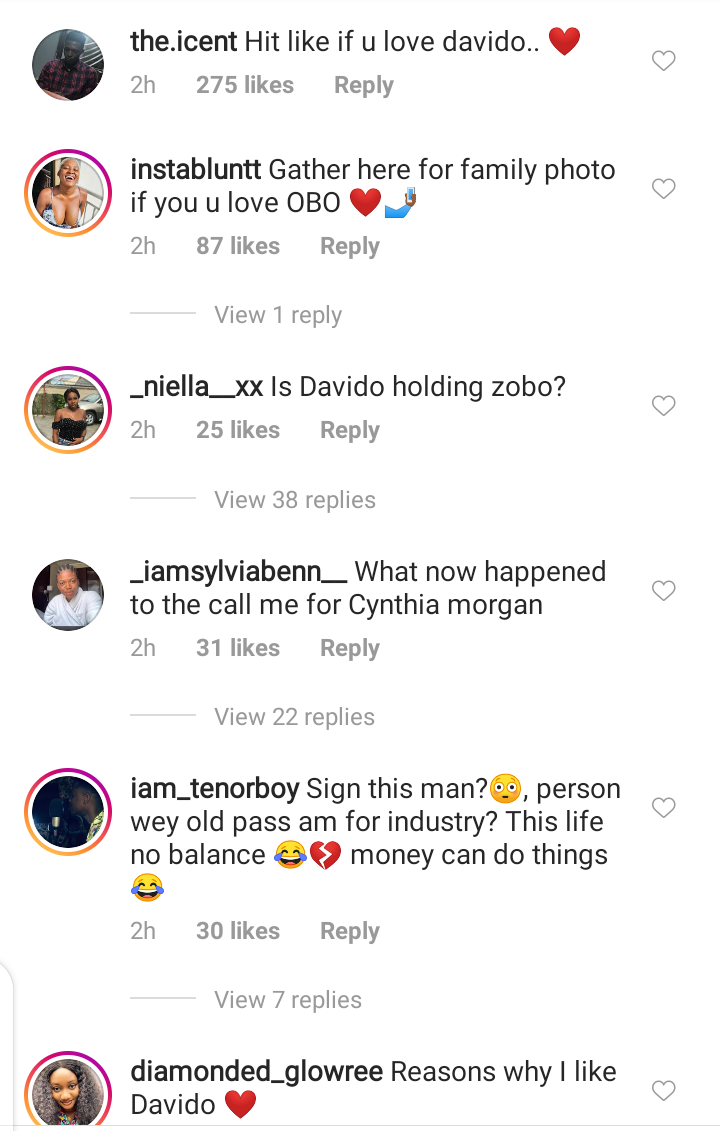 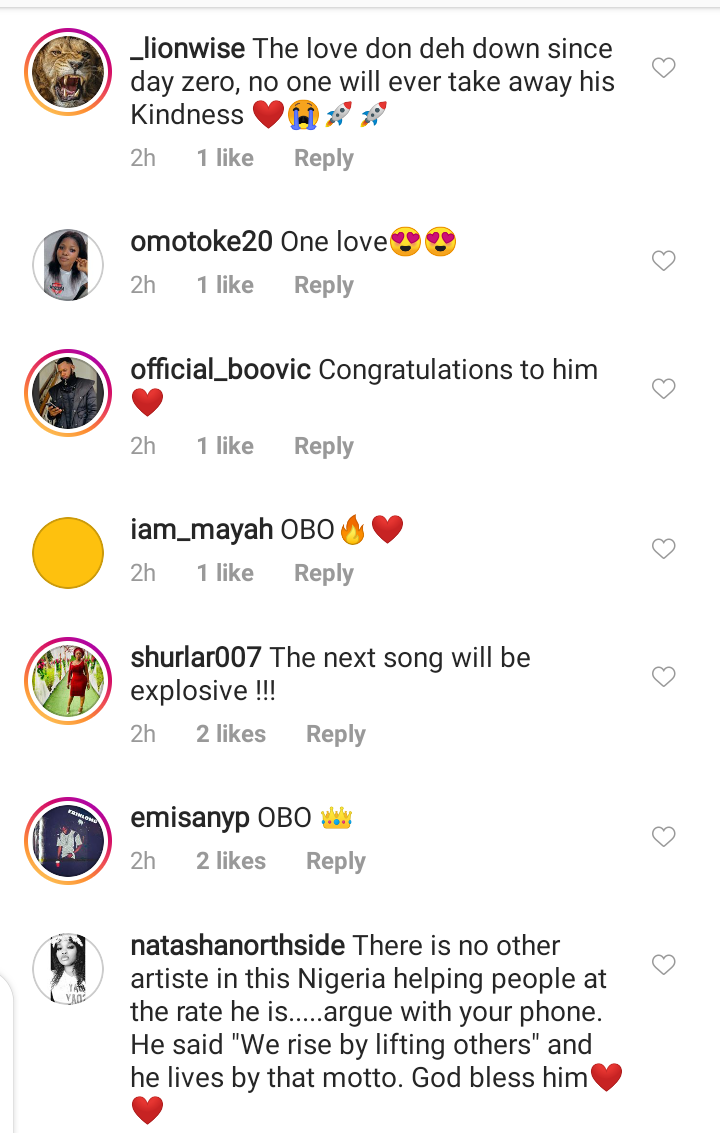 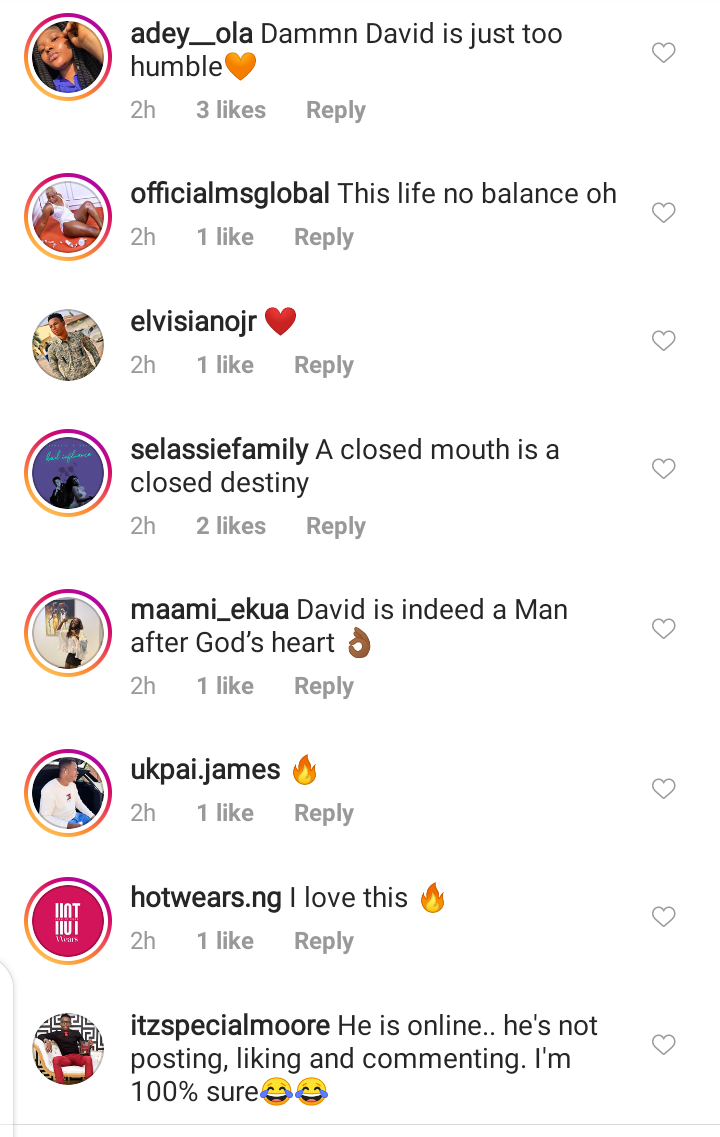 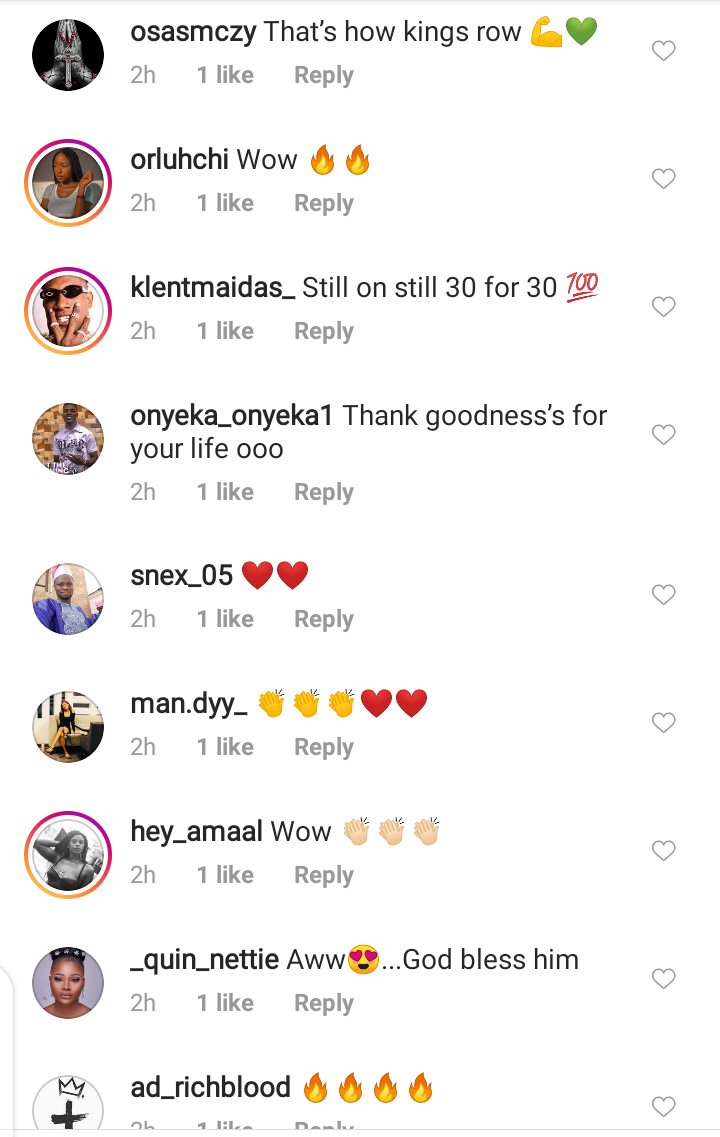 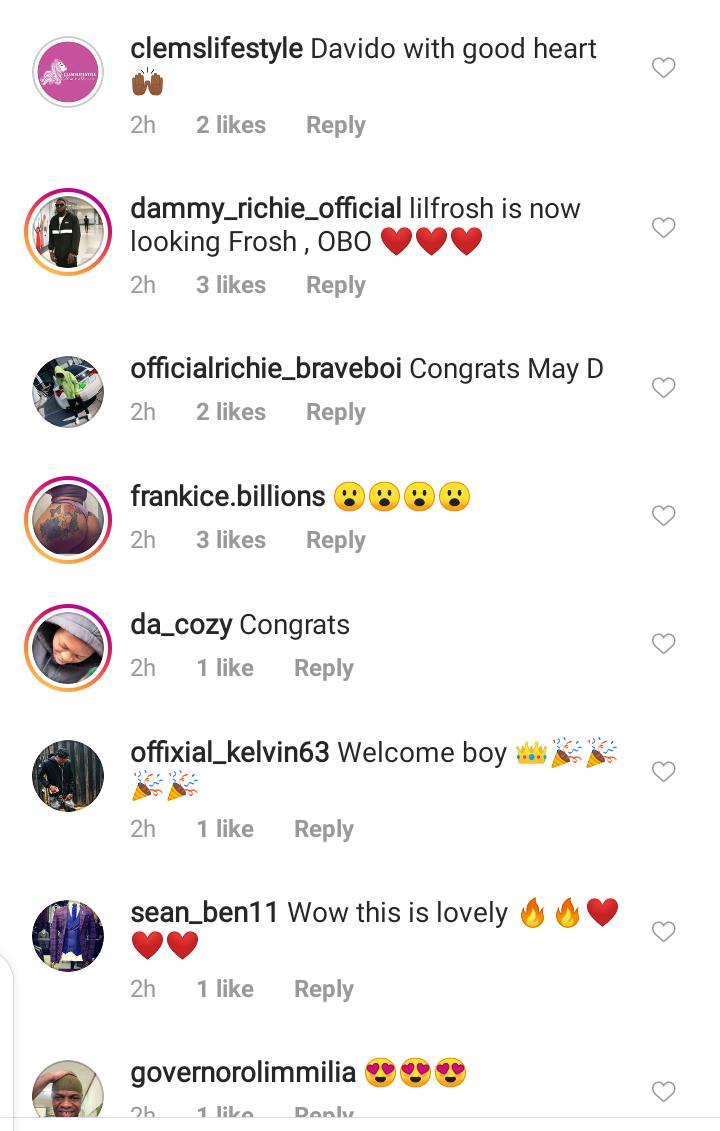 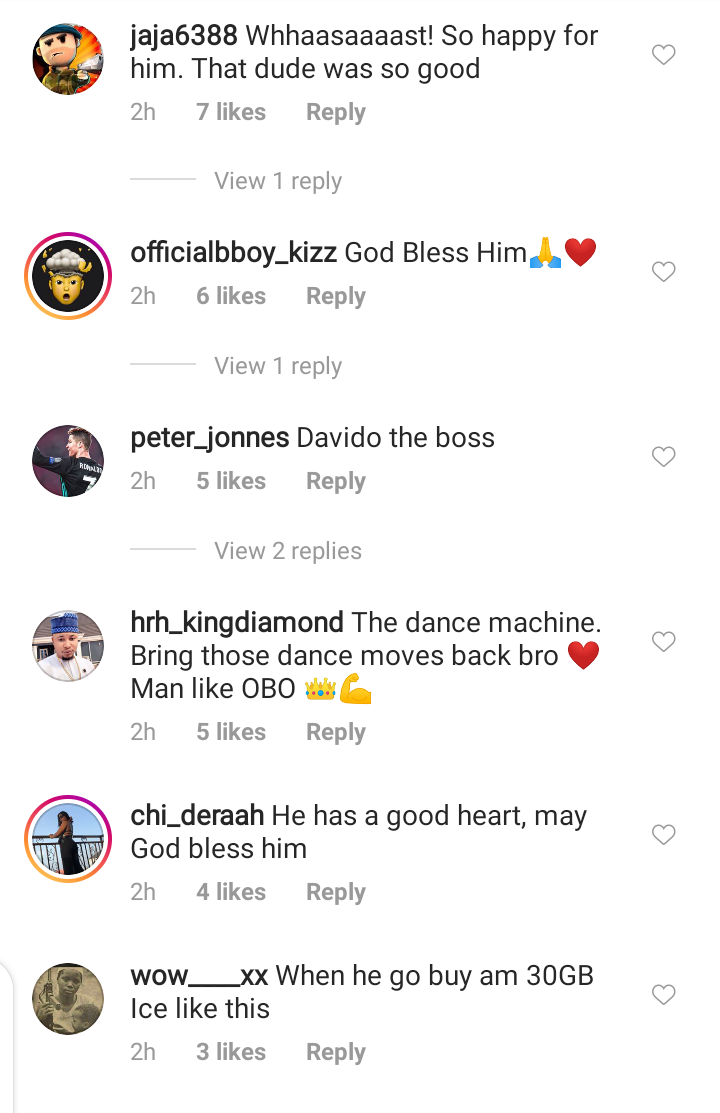 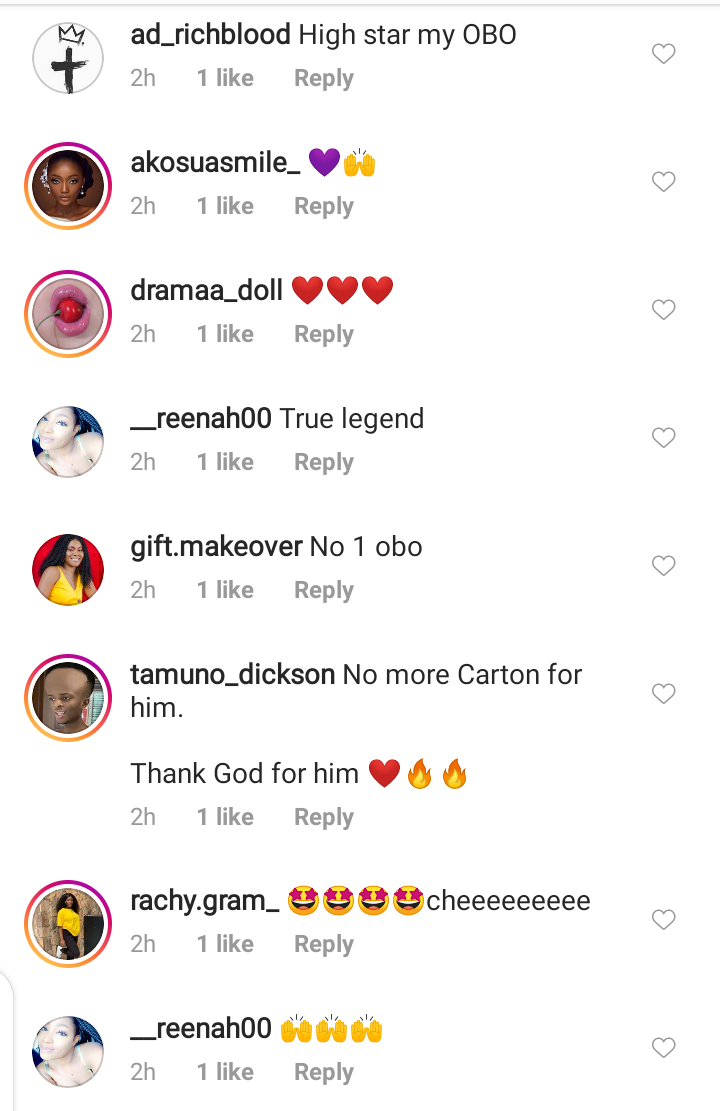