By bleromayor (self media writer) | 10 months ago 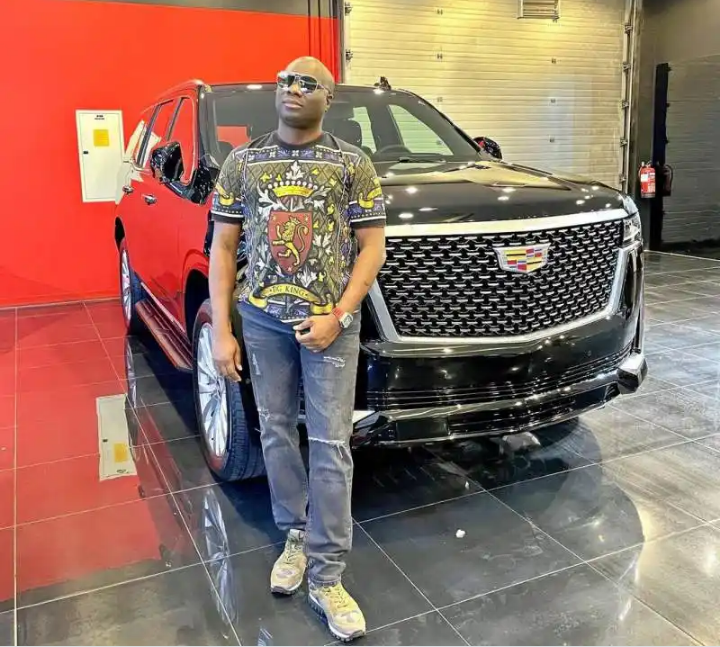 Popular Instagram celebrity, Mompha has come out to revoke all allegations placed against him by the Economic And Financial Crimes Commission (EFCC). The agency came out with a statement which contained information of one Hamza Koudeih was is facing trial for several counts of money laundering and cyber crimes. In the report that explained why his case should be dismissed due to "unstable mental health" of the Lebanese fraudster. The fraudster who was apprehended in Eko Atlantic Pearl Tower in 2019 was also said to be a part of the high level Organized Cyber Syndicate Network, of which Mompha was allegedly an accomplice in their crimes.

These allegations which had been circulating all around social media was not taken lightly by the Instagram giant. He posted a reply disclosing how he was greatly disappointed by the false report released by the agency. He accused the anti-graft agency for trying to gain name in the public by trying to tarnish his name. Likewise, he stated that he had once encountered the Lebanese fraudster in the office of the agency when they brought the fraudster before him. Recalling that he categorically stated that he didn't even know who he was talking less of being his accomplice. 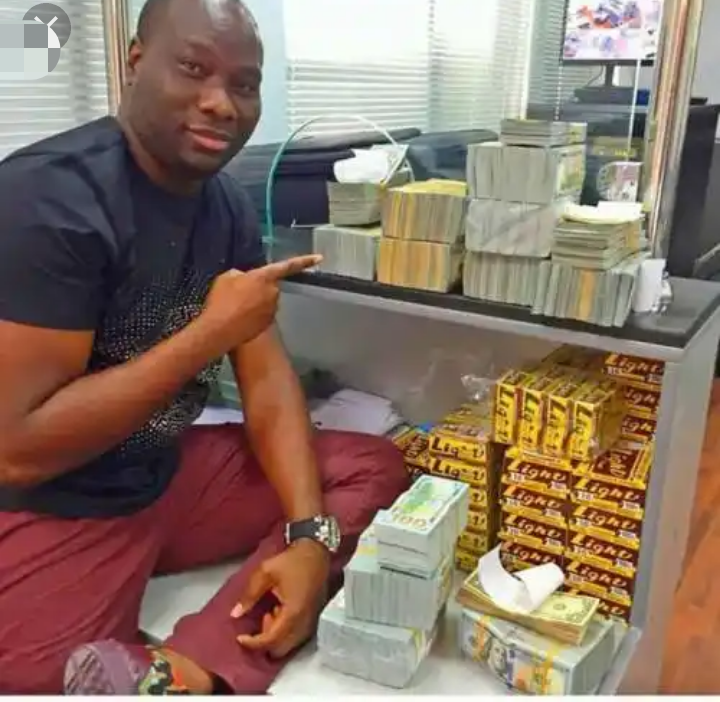 He again opened up that the only case he had with the EFCC was in relation to the use of BDC without licence which is not a fraud case neither is it a cyber crime. The post which he titled "I AM NOT AN ACCOMPLICE AS ERRONEOUSLY (FALSELY) STATED BY EFCC" also contained a plea by the Instagram user telling the agency to desist from trying to ruin his reputation. He also urged his fans to discount such false allegations that are currently going round about him being involved in fraud.

Below is the full statement of his post which he released on the issue:

"I AM NOT AN ACCOMPLICE AS ERRONEOUSLY (FALSELY) STATED BY EFCC

My attention has been drawn to a social media post by the official Instagram handle of the Economic and Financial Crimes (EFCC), now been circulated in the news, blogs and several social media outlet tagged ‘EFCC opposes Mompha’s Accomplice Kondeih’s application for foreign medical checkup’.

It has come as a surprise to me that the official page of an anti-graft agency such as the EFCC, would post a false and mischievous story with my name as the headline with the intent of gaining public followership.

I wish to state categorically that I do not have any connection or affiliation in any manner whatsoever with the supposed Hamza Kondeih and Kayode Phillip. I am neither a party to the criminal charge filed against them at the Federal High Court, Lagos, nor do I have any business relation with the above names persons to the knowledge of EFCC.

The publication by EFCC is a clear indication that EFCC is all out to smear my name in the eye of the public all in a bid to generate public sympathy, despite the pendency of a completely different matter filed by them against me before the Federal High Court, Lagos.

It is important to state that the matter filed against me by the EFCC which is still pending is in relation to operation of BDC without licence, and has nothing to do with fraud, cybercrime or internet scam. One is therefore left to wonder why the EFCC is hell-bent in using media trial to link me with cybercrime and fraud related offences by tagging me ‘an accomplice’ to an offence I have no knowledge about.

Let me emphatically state that the only time I encountered Hamza and Kayode was at the EFCC office, in Lagos, where the EFCC brought them to my presence and I categorically stated that I do not know these people and do not have any business dealing with the two of them. They also said they do not know me which is the more reason why EFCC was unable to arraign me along with them in relation to the offences for which they are being prosecuted.

I therefore urge my teeming fans and the public to discountenance the mischievous and malicious falsehood been spread against me by the EFCC." 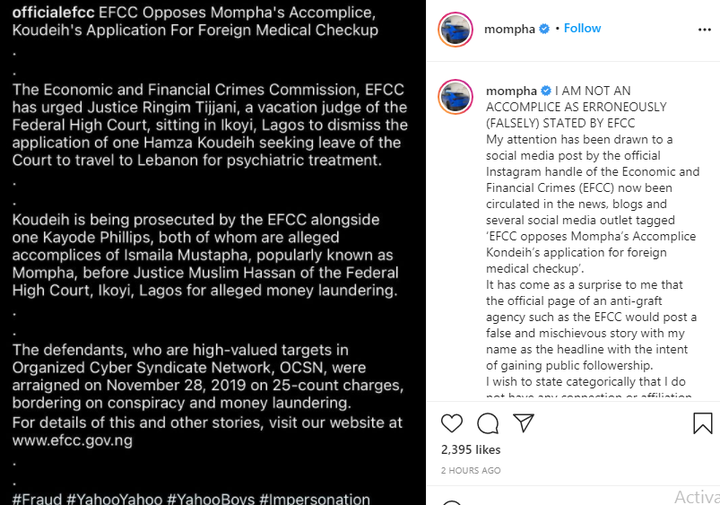 Thanks for reading, what are your thoughts on this issue. Don't leave without liking this article and also endeavour to follow me.