By Nollymoviesplanet.com (self media writer) | 4 months ago

Popular and controversial Nigerian investigative journalist, media personality and evangelist, Dr. Kemi Olunloyo has joined the list of notable personalities who have continued to react to the crisis currently rocking the marriage of Annie Idibia and Innocent Idibia, popularly known as 2Baba. 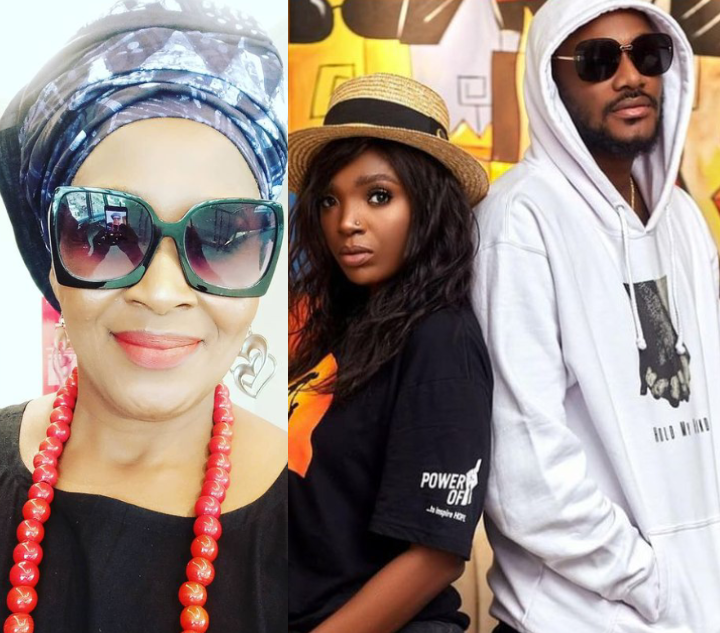 According to Kemi Olunloyo, she started with a hashtag which says, "marriage is a scam" as she took side with Annie Macaulay. She equally likened Annie's marriage crisis to that of late Princess Diana. She described Annie as a woman with a beautiful heart, but unfortunately, she's surrounded by many people in her marriage. 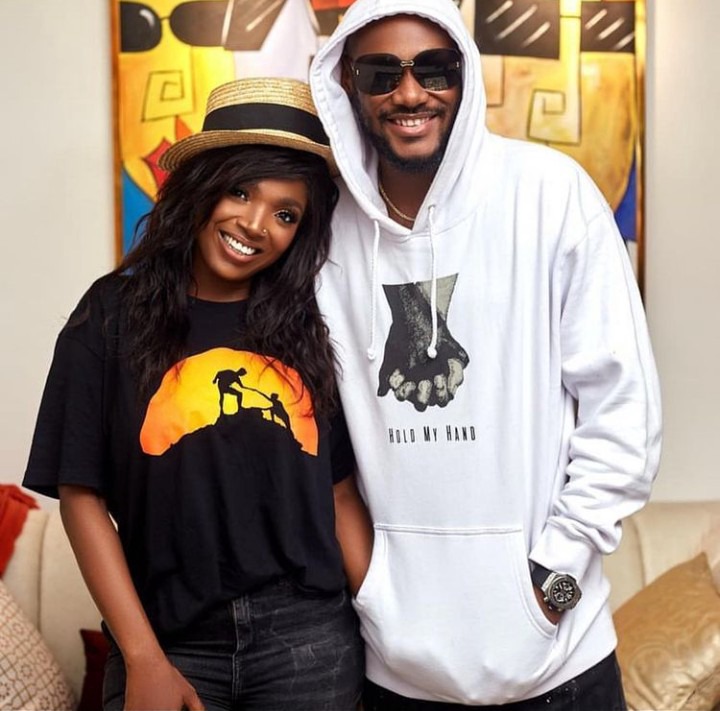 Kemi Olunloyo equally claimed that the reconciliation in 2018 between one of 2Baba's baby mothers, Pero and Annie was fake, and though she said it then, but that she was abused for saying that. She equally claimed that the main agenda being pursued by Pero is to become 2Baba's second wife, but that Annie will never approve of that. She then tasked the music star, 2Baba to go and write his will. 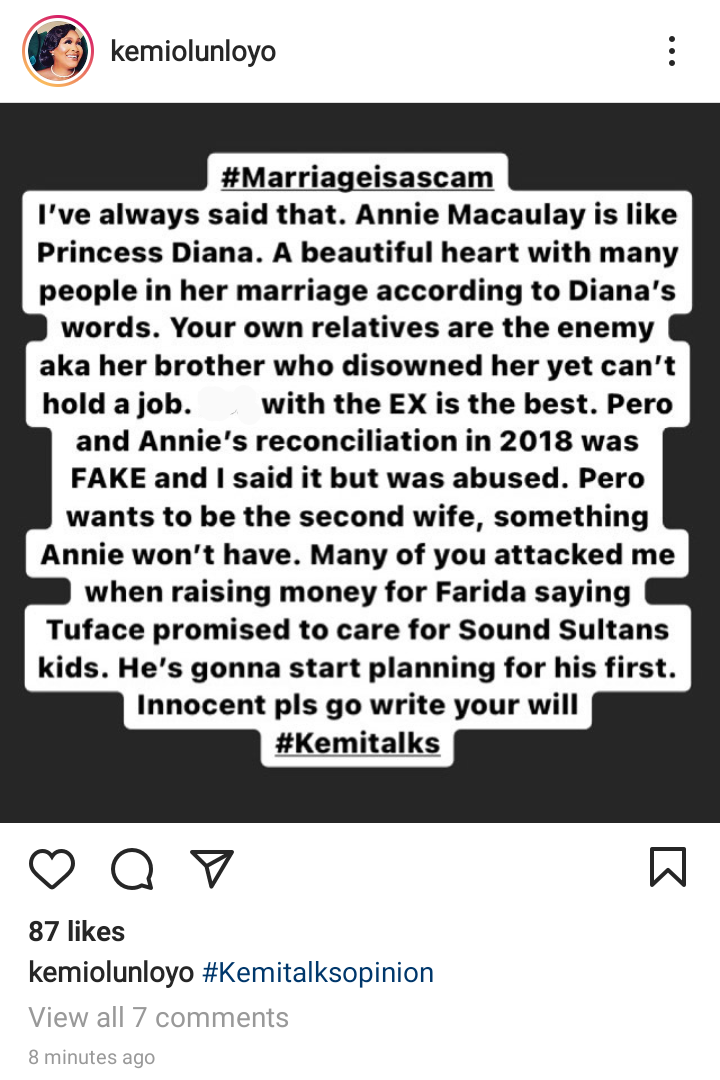 Recall that earlier today, September 3, 2021, Annie took to her social media page on Instagram to accuse her husband, Innocent Idibia, of cheating on her with one of his baby mothers, identified as Pero. She also alleged that 2Baba is still having an affair with Pero under the guise of going to see his kids with her.