Protect your children, Ja'rule advises parents as pictures of his look alike son storms the internet

By ApostleAdebomi (self media writer) | 1 year ago 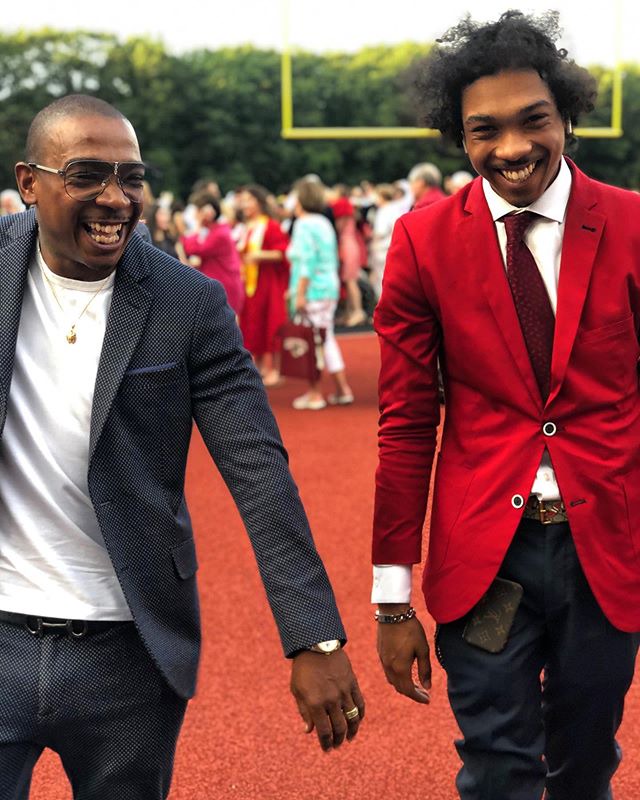 American legend Rapper, Atkins popularly known as Ja'rule recently set the internet on fire after posting pictured of his son that could pass like his twin.

The New York rapper set tongues wagging in a recent outing with his son Jeffrey Atkins jnr during his college graduation. The 19 year old really took his Dad's features and could pass for his twin. Ja'rule who ruled the music world in the 90's with his record label, Murder inc is an award winning Artist.

He has featured in many songs and even took his shot in the Hollywood. Though his constant feud with fellow New Yorker rapper 50 cent will not be forgotten in a hurry.

Irrespective of opinions, Ja'rule must be a proud father having a son that looks exactly like him.

Jeffrey was spotted alongside his Dad and the two really got admirers confused as the two looked exactly alike. Ja'rule apparently enjoy the comparison when he later uploaded the pictures which has since turn to a sensation on the internet with many really reacting to the now viral pics

Content created and supplied by: ApostleAdebomi (via Opera News )