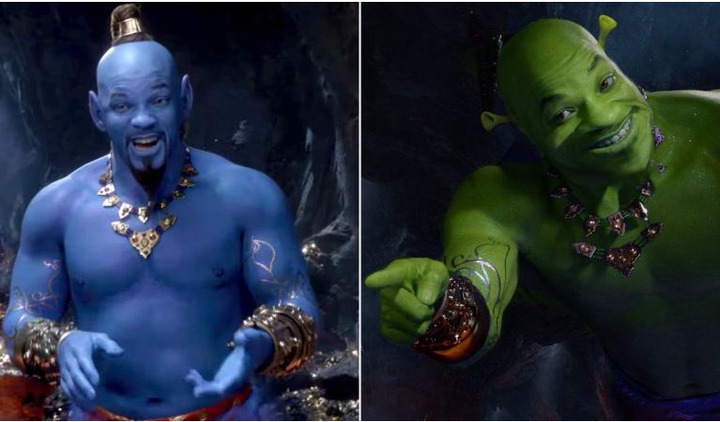 The Genie and the Meeseeks from Rick and Morty have many things in common. An obvious similarity is that they're both blue, but aside from that, both of their purposes was to complete a task for someone else. Neither of them chose their identities at the start for themselves.

Having Shrek as Genie may not seem like an obvious pairing at first, but when given some thought, it does make sense. Both of them were slaves to society in their own ways. Genie had to bend to the whims of everyone who rubbed the lamp, and Shrek had to conform to the societal definitions of beauty in Duloc.

Many people believe Smith did a nice job playing the Genie, but he wasn't everyone's first choice. Some people would have preferred Kevin Hart, while Gabriel Iglesias was in early talks with Smith. One popular contender for the role was Terry Crews.

Crews has starred in projects like Cloudy with a Chance of Meatballs 2, Regular Show, and Deadpool 2, so he isn't a stranger to the realm of comedy or fantasy. Maybe one day, he'll get the chance to star in one of Disney's remakes.

Content created and supplied by: Josh3 (via Opera News )