Celebrities Who Used To Be Roommates

By gossipgirl (self media writer) | 10 months ago

Before either of them was a household name, Ryan Gosling and Justin Timberlake were just two young boys living together. Gosling and Timberlake were roomies when they were both just 11 years old and starring in The Mickey Mouse Club. Since Gosling was from Canada, where his family still lived, Timberlake’s mother was also his legal guardian. 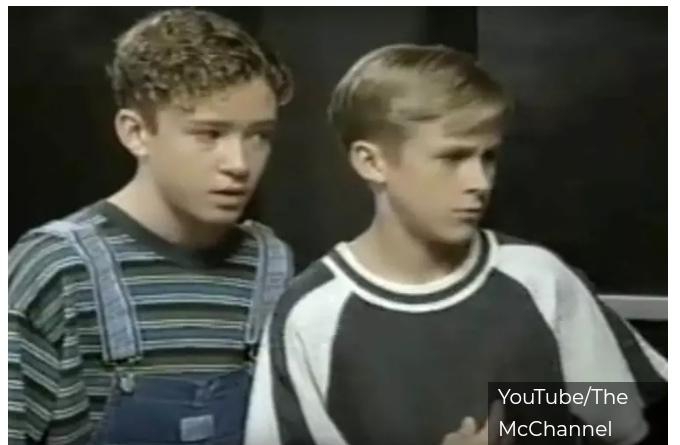 Quote: “We were probably a little closer than the rest of the kids that were on the show just because we had to share a bathroom.” – Justin Timberlake

Matt Damon and Ben Affleck played best buds on screen in the Oscar-winning film Good Will Hunting. Their on screen chemistry was probably so perfect because they had plenty of time to work on it while writing the film. During the writing process, Damon and Affleck lived together in a house in Venice, California. They moved all over the city of Los Angeles, finding different places once they ran out of money for one rental. 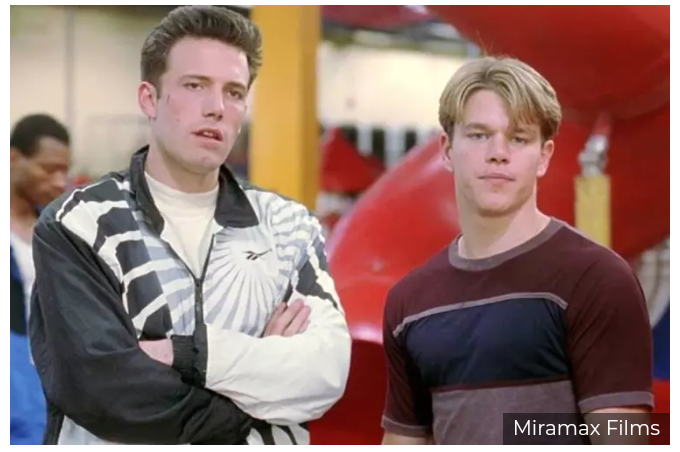 Quote: “We lived in Glendale and Eagle Rock, and we lived in Hollywood, West Hollywood, Venice, by the Hollywood Bowl, all over the place. We’d get thrown out of some places, or we’d have to upgrade or downgrade depending on who had money.” – Ben Affleck

Before Robert Downey Jr. or Kiefer Sutherland were well and truly famous, they were roommates. In the 80s, the two men shared an apartment for roughly three years. The living arrangement occurred before either of them got their big breaks. 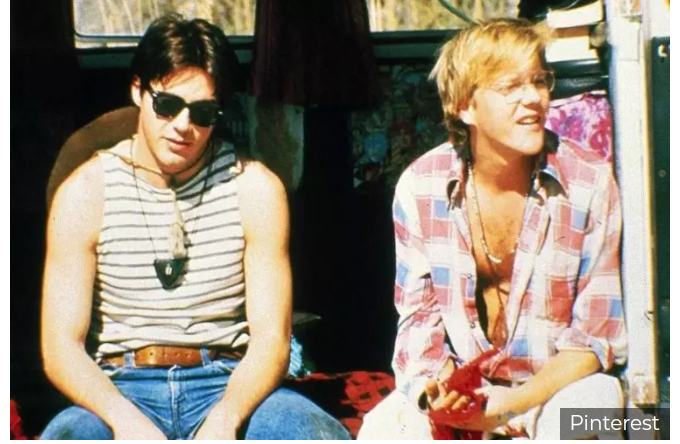 In a 2016 interview, Downey Jr. said Sutherland “was a shoulder [to cry on]” when he and then-girlfriend Sarah Jessica Parker hit a rough patch in their relationship.

Before Brad Pitt and Jason Priestley were the big Hollywood stars they are today, the men lived together. According to Priestley’s book, the former Beverly Hills, 90210 star lived with Pitt in the early 90s. Apparently, the living situation was far from the glamorous lives the men now live in Hollywood. 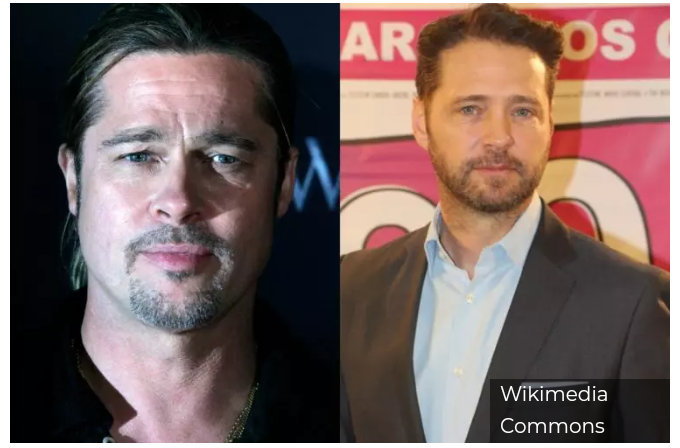 While Judd Apatow and Adam Sandler were both struggling comedians in the early stages of their careers, they lived together. Their rent on an apartment in the San Fernando Valley was just $900. The living arrangement ended when Sandler decided to move to New York City to give his career a shot in a new town. 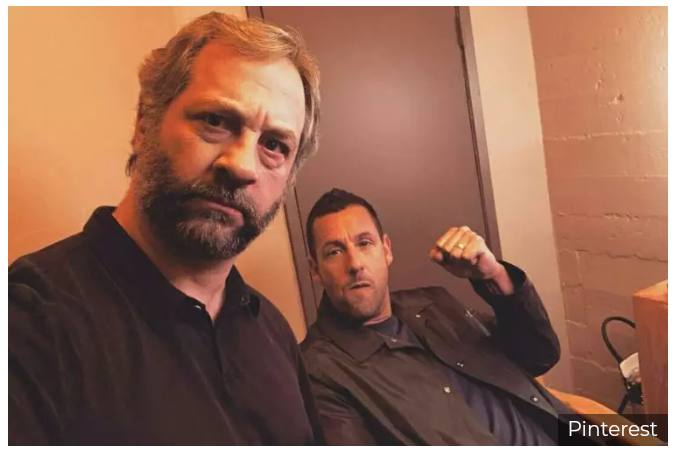 Quote: “We were doing as comedians good enough to get by. We could eat at Red Lobster once every month. That was a big night out.” – Adam Sandler

While they were both just starting out in their careers during the 90s, Winona Ryder and Gwyneth Paltrow lived together. Apparently, the two women were also close friends. Paltrow even introduced Ryder to Matt Damon, who she dated for several years. 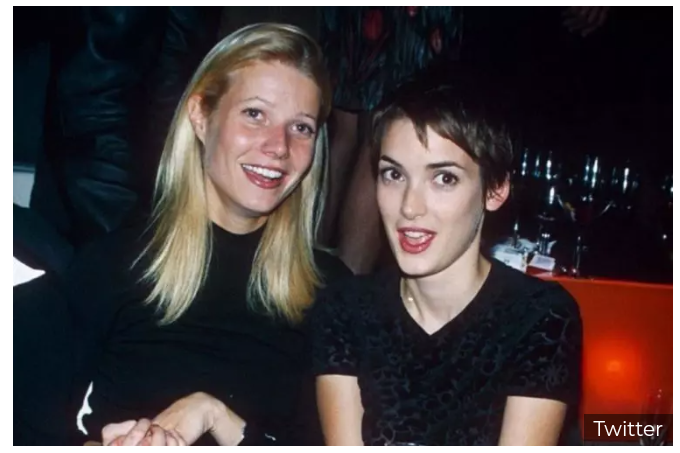 However, Ryder and Paltrow’s friendship ended in a bitter feud. One day, Paltrow found Ryder’s script for Shakespeare In Love in their apartment. She got an audition and landed the part. Ryder felt she stole the Oscar-winning role. The ensuing argument effectively ended their relationship.

While Justin Long and Jonah Hill played well off of each other in Accepted, their bond was best left to the big screen. For a while, the men tried living together. However, the situation created tension between the actors. Apparently, the normal roommate spats were all too common between Long and Hill, leading them to find a different living situation. 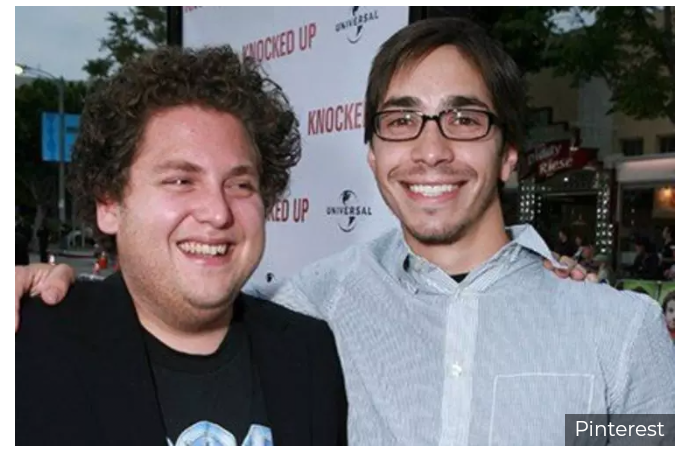 Quote: “Jonah would recycle everything. We started getting in little fights—he left the bathroom door open, didn’t clean up after himself. Little things like that.” – Justin Long

While filming Aloha in Hawaii, Emma Stone and Bradley Cooper ended up living together for a short period of time. Cooper’s lease on the island ended early, so Stone offered up her apartment for the last week of filming. Apparently, it was a welcome change for the pair, as they previously lived on different ends of the island and spent very little time together. 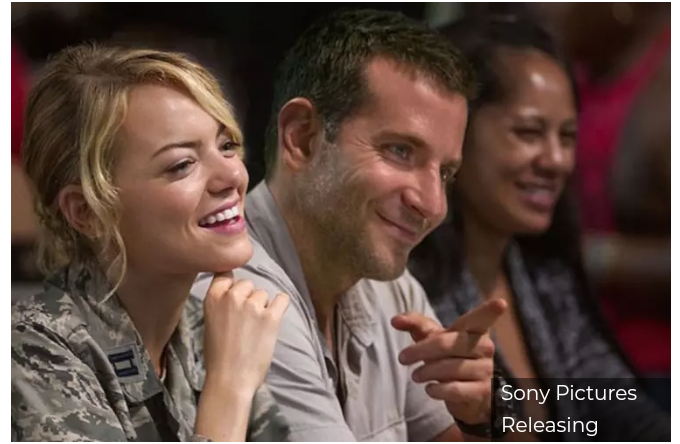 Quote: “We barely saw each other. We were at totally different ends of the island, which was actually kind of far. We were roommates. You had your own little section…your little enclave.” – Emma Stone.

While filming Blue Valentine, the director asked Michelle Williams and Ryan Gosling to live together to inject a little more realness into the story of the film. While the director only asked them to live together for a week, Williams and Gosling threw themselves into the situation for an entire month. What’s more, they also limited themselves to living on the salary of a painter and a nurse. 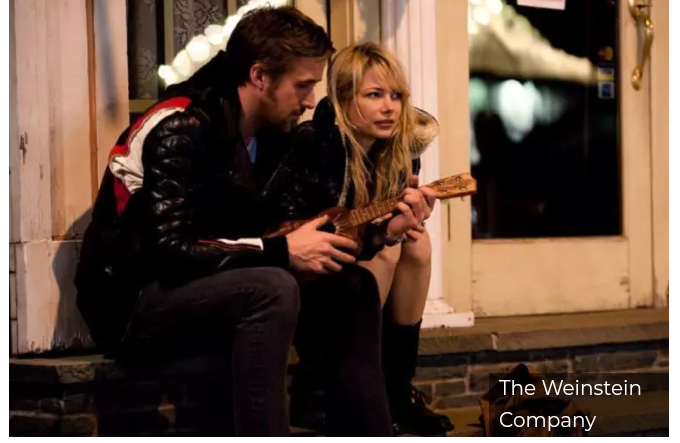 Quote: “We did everything, we lived together during the day. He always helps out with the dishes, it was [nice]!” – Michelle Williams

While Jamie Dornan and Eddie Redmayne were both struggling actors trying to make a living in Los Angeles, they actually lived together. Though they lived the life of the starving artist for a while, both are now household names, with Dornan starring in the Fifty Shades of Grey series and Redmayne leading the Fantastic Beasts franchise. Perhaps their living situation was the good luck charm they both needed. 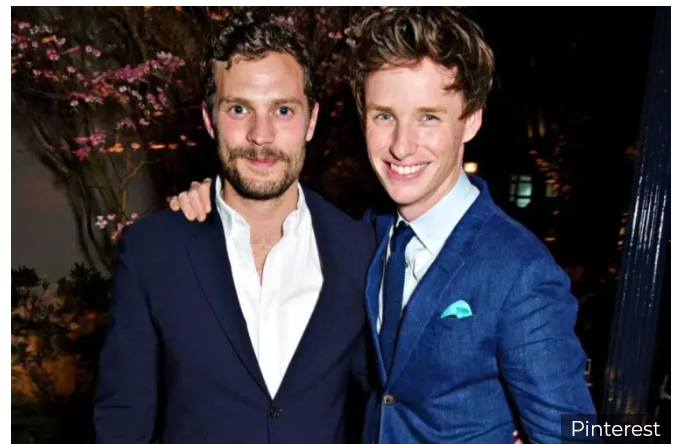 Quote: “When we were fresh off the boat in L.A., someone from the agency dropped scripts for us. Must have been like 25 scripts in my pile, and three in his.” – Jamie Dornan

While Dianna Agron and Lea Michele played enemies on the hit show Glee, their off-screen relationship was actually quite friendly. In fact, the women lived together in 2009, while they were filming the show. While it could be overwhelming to spend so much time around one person, Michele said she and Agron actually got along quite well. 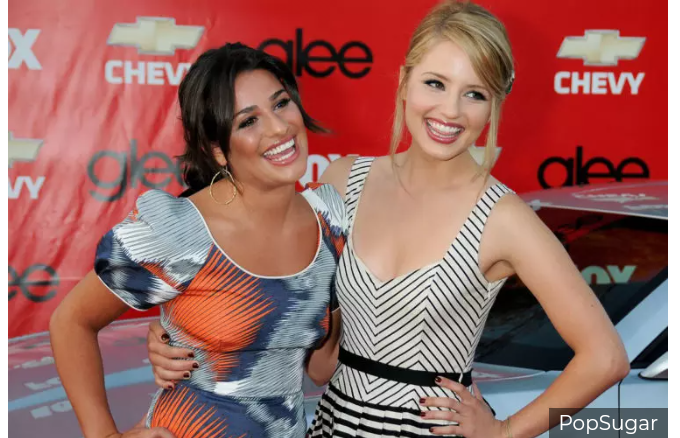 Quote: “We have these smackdowns at work and come home and are like, ‘Wasn’t it so funny when we were fighting today? Let’s make cookies.'” – Lea Michele

After meeting at a Vanity Fair cover shoot, Raven Symone and Lindsay Lohan struck up a friendship. They soon decided to live together. But according to Symone, Lohan wasn’t exactly a present roommate. In fact, she hardly spent any time in their shared apartment. 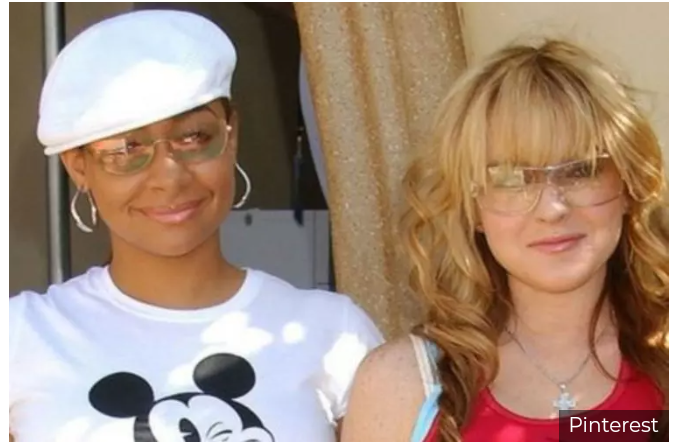 Quote: “She paid rent, and she was there probably three times. She had her clothes in the apartment we were supposed to live in together.” – Raven Symone