Opinion: These Children Made It Through Their Problems

By Haymanner (self media writer) | 11 months ago

Multiple people had become a successful person due to the problem they had once encountered as this is a brilliant substantiation to the saying that, "no condition is permanent."

These children have turned their lives and that of their families to be fortunate. 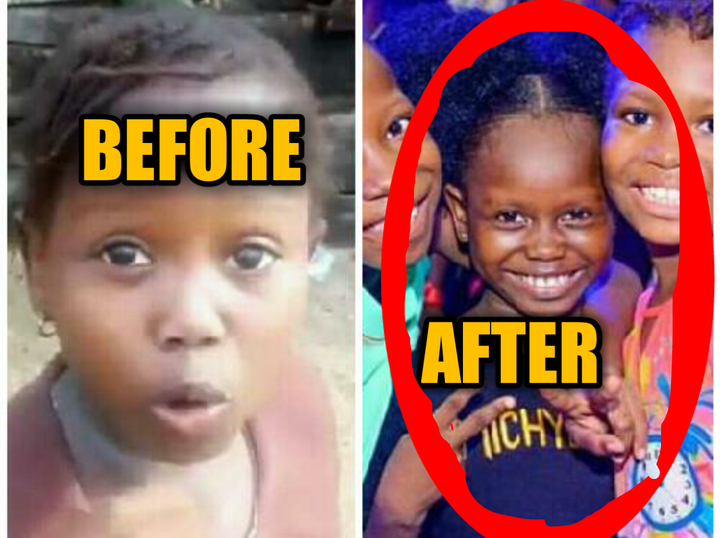 A small girl revealed to be named Success Adegor was sent out of school due to her parents incompetence to pay her school's fees, though she told a neighbour who recorded her in a video that she'd like to be flogged for not paying her school's fees rather than being sent off from school.

Her story spiced the headline once ago, but now a report revealed that she had been called upon by famous celebrities which includes AY Makun among others who promised they will sponsor her till her University education.

It's likely said that things are now better for her. 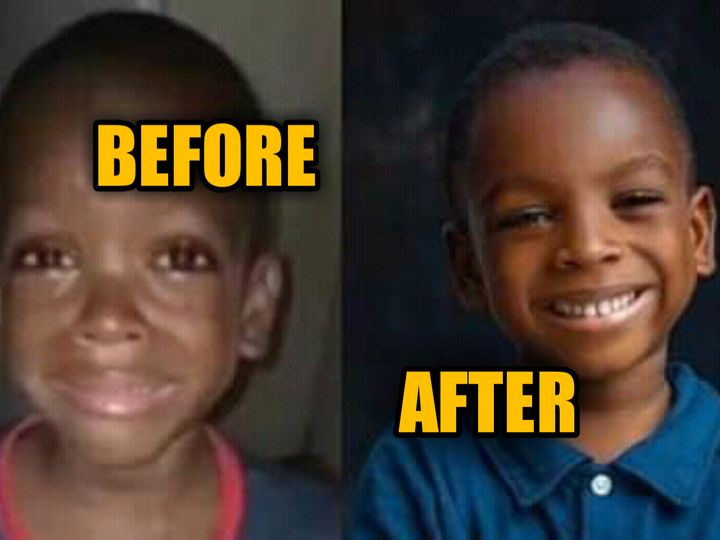 I'm genuinely sure you're mindful and have heard about the calm down boy, although his identity wasn't revealed, but for few days, he was among those that spiced our headline, a video which went viral featuring this small boy and his mummy who was about to beat him, the immature boy who was crying told his mummy "mum, please calm down," this sparked reply from the Governor of Lagos state, Mr. Babajide Sanwo-Olu.

A tweet from Governor Sanwo-Olu reacting to this small boy 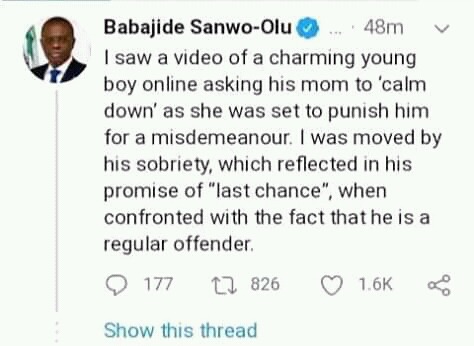 The word "calm down" was used as a slogan in Lagos state, and some parts in Nigeria.

A proof that the young boy was made a brand ambassador 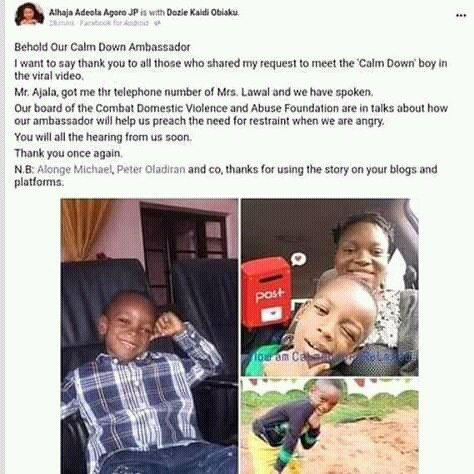 Nonetheless, the young boy was made a brand ambassador of an organization named "Combat Domestic Violence and Abuse Foundation." 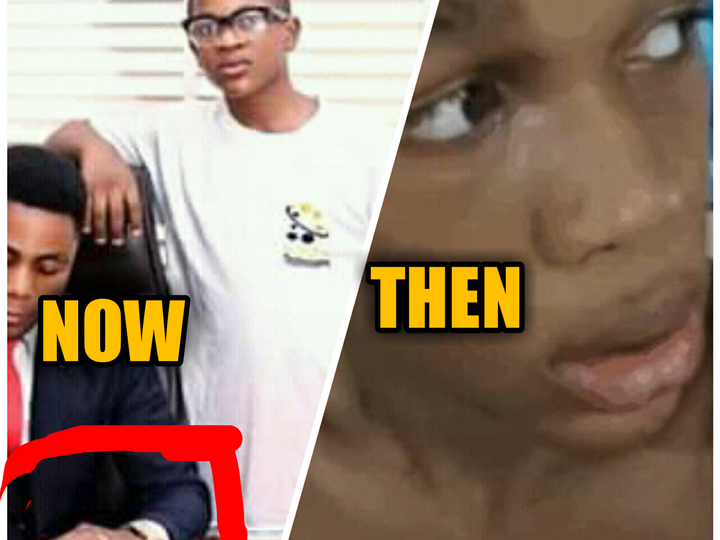 For few months, it would be recalled that Don Davies' assault news featured in our headline, though he was allegedly assaulted, better still he was made a technology company's brand ambassador named Resolution Technologies.

It was after he recovered from the ugly incident that he was made the company's brand ambassador, Indeed it's a blessing in disguise.

Content created and supplied by: Haymanner (via Opera News )