4 Female Comediennes Who Transform Themselves Into Different Characters With Costumes

By Gistnews01 (self media writer) | 4 months ago

In art, almost everything is allowed; people can express themselves in any creative way they wish. This is what fuels the creative minds in the Nigerian Entertainment industry. There is no limit to how they can express themselves and they try as much as they can to stand out amongst others. This is one of the reasons why Nigerian Entertainment Industry is a giant amongst others in the continent.

Many talented and creative youths are now making judicious use of various social media platforms to showcase their potentials to the world. There are a lot of actors who are creating interesting and entertaining content on social media. We have the likes of Mr. Marcaroni, Zics Aloma, Taooma, Brain Jotter, Syndey Talker, Remote, amongst others making waves in the industry.

Most of these comedians have outstanding characters that are peculiar to them. They have something that makes them stand out from the rest. Some have signature costume peculiar to them, some have peculiar voice e.t.c. In this article, we will briefly meet the three beautiful female comediennes who transform their original look into a different character through the use of make-up and costume.

1. Amarachi Amusi, popularly known as Ashmusy is a 26-year-old Nigerian actress, comedienne, entrepreneur, content creator and social media influencer. The 26-year-old stands out with the unusual make-over she wears in her comedy skits. She usually transforms her original face with costumes to look like a local village girl in skits. Ashmusy looks a lot beautiful in reality.

Ashmusy in costume vs original look 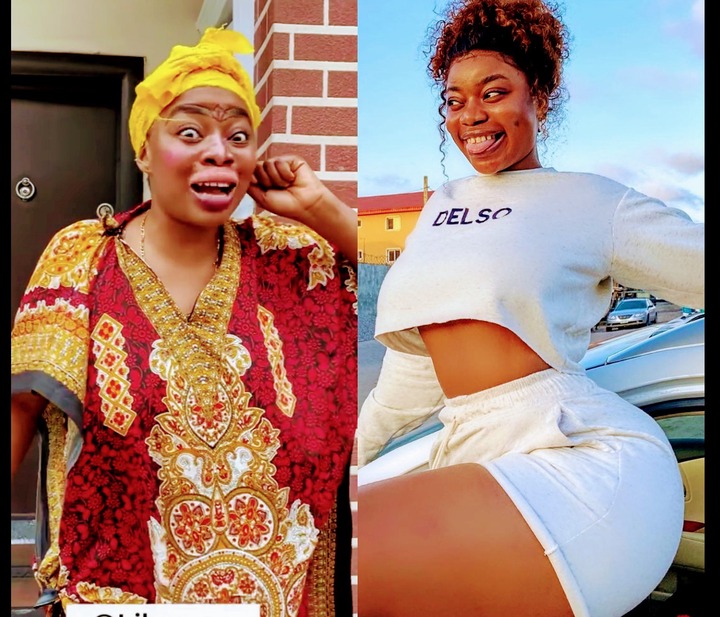 2. Kemi Ikuseedun, otherwise known as Mummy wa. She is a well-endowed young lady but in most of her comedy skits, she transforms herself into some sort of elderly woman character which she always plays perfectly. She has a signature outfit that she wears to complement the elderly woman look in her skits. She usually features in Mr. Marcaroni’s skits. 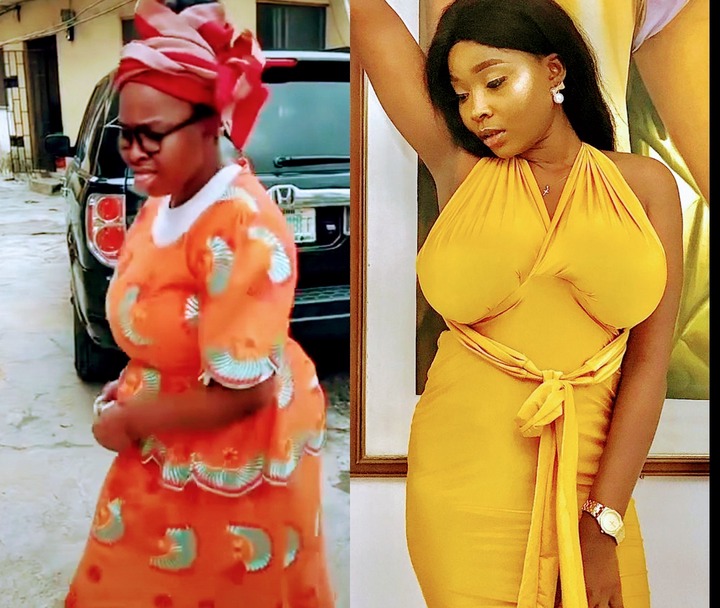 3. Maryam Apaokagi, widely known as Taaooma. The list would be totally incomplete if Taaooma’s name is missing. She is one of the most creative content creators in the industry. She is known for playing various characters. She often acts alone in her comedy skits and easily transforms herself into many characters. She transforms into a young boy, a father figure, a wife, rogue amongst others.

Taaooma in costume vs original look 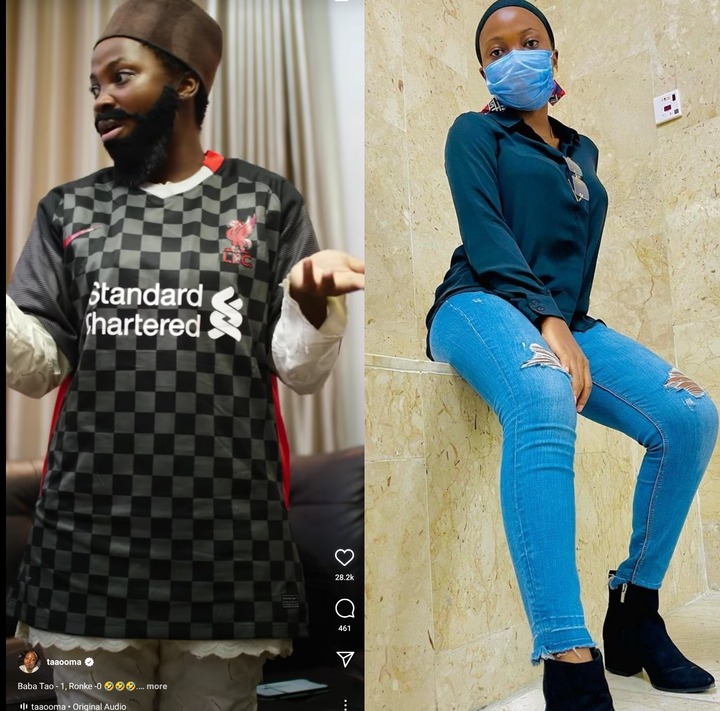 4. Chinoso Ukah, popularly known as Ada Jesus, otherwise known as Nons Miraj. Ada Jesus is also one of the popular skit makers making waves in the entertainment industry. 26-year-old Ada Jesus transforms herself into a frightening character of a fortified elderly woman in most of her skits. She looks a lot different in costumes and reality. 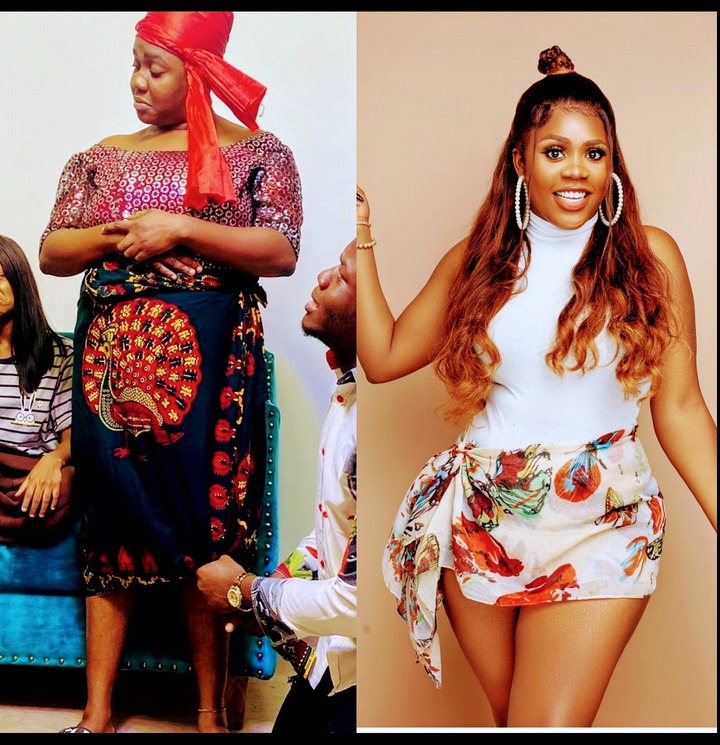