Reign of the Supermen: Behind the scenes photos of the movie Reign of the Supermen is a 2019 American direct-to-video animated superhero film produced by Warner Bros. Animation and DC Entertainment. The film is a direct sequel to the 2018 animated film The Death of Superman, based on the comic book of the same name that continues from "The Death of Superman" storyline. It is the 12th film in the DC Animated Movie Universe and the 33rd film in the DC Universe Animated Original Movies. The film was released in limited Fathom Events theaters on January 13, 2019, and to digital and Blu-ray on January 15, 2019.

Six months following the death of Superman at the hands of Doomsday,the crime rate in Metropolis has spread, while four new Supermen have emerged and become controversial to the world. Lois Lane and Clark Kent’s adoptive parents are still in mourning of his death. Lois has been investigating the new Supermen by gathering information from different sources. 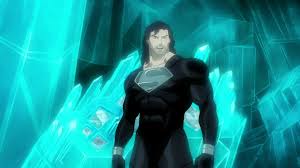 Lex Luthor introduces a new Superman to the world at a press conference, which Lois discovers is actually a clone - Superboy created by Dr. Dabney Donovan. However, the conference is interrupted by the Eradicator, Steel and Cyborg Superman (who claims he is the true Superman). Meanwhile, the Eradicator is transferring his DNA to the deceased corpse of Superman in the Fortress of Solitude. That night, Cyborg Superman visits Lois in an attempt to convince her he isn’t a fake. Lex gets frustrated at Superboy, for his childish actions.

The Justice League, accompanied by Superboy, are hired as bodyguards for the president, who is announcing their new Watchtower. The presentation is suddenly attacked by Parademons, summoned via a boom tube portal. Cyborg Superman rescues the president and is announced to the world as the true Superman. The League are mysteriously transported to another planet. Angered, Lex reveals to Superboy he also has his DNA and kills Dr. Donovan after. With the help of Steel, Lois discovers Cyborg Superman is the deceased astronaut Hank Henshaw. Henshaw reveals to the world his new “Cyber Corps” militia, which are created by Mother Boxes infused with humans.

Steel tracks the Eradicator to the Fortress, where he learns that Superman is currently going through a revitalization cycle, and the two engage in a fight. The fight is broadcast to Lois’ phone. Lois realises that the Eradicator is a hologram from Superman’s ship’s matrix, created to protect Superman. Eventually, the fight is stopped when a depowered Superman is reborn, also donning a black suit. Through Henshaw’s technology, Lex and Lois discover that Henshaw himself is being controlled by Darkseid from Apokolips.

Superman, Superboy and Steel head towards Metropolis. Lex sends Lois to the Watchtower as he uses a Mother Box to rescue the League. Darkseid continues to torment Henshaw for his failure to keep Superman dead and attempts to open a portal for his arrival, using the Mother Box infused with Henshaw. However, Henshaw rips out the Mother Box inside him, also deactivating Darkseid’s control over the Cyber Corps. Just before Henshaw kills Lois, Superman arrives. Henshaw blames Superman for his wife Terri’s death. Superman eventually regains his powers from the sun and kills Henshaw by stabbing his forehead with blue kryptonite, also deactivating the Cyber Corps.

In the aftermath, Martian Manhunter disguises himself as Superman to announce Clark Kent’s safe return with the cover up of him being missing during the Doomsday attack. Superboy is also named “Connor”. In a post-credit scene, the League gather at the Watchtower to confront Darkseid themselves, with Lex inviting himself in. 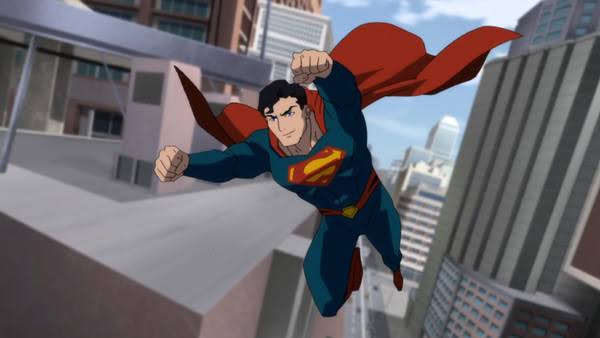 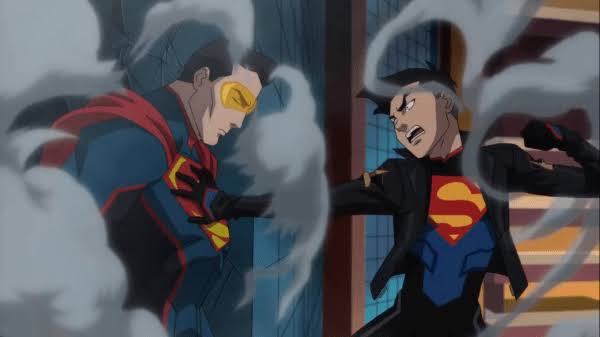