Many times it has been characterised with too much negative vibes in-terms of fans' loyalty to their respective favourites, but at-least can we hope for a better representation this time around as the new season of Big Brother Naija (BBNaija) reality TV show begins. Observers have noted that the usual frenzy around the reality show has often been about banter, and somewhat bad manners from supposed adults in the house. Last year's edition tagged 'Pepper Dem' was probably the most fierce among the last 4 editions, where viewers witnessed the tensioned rivalry between Mercy & Tacha. But can we expect similar occurrence in this new BBNaija season, or possibly something different with some extra positive vibes? 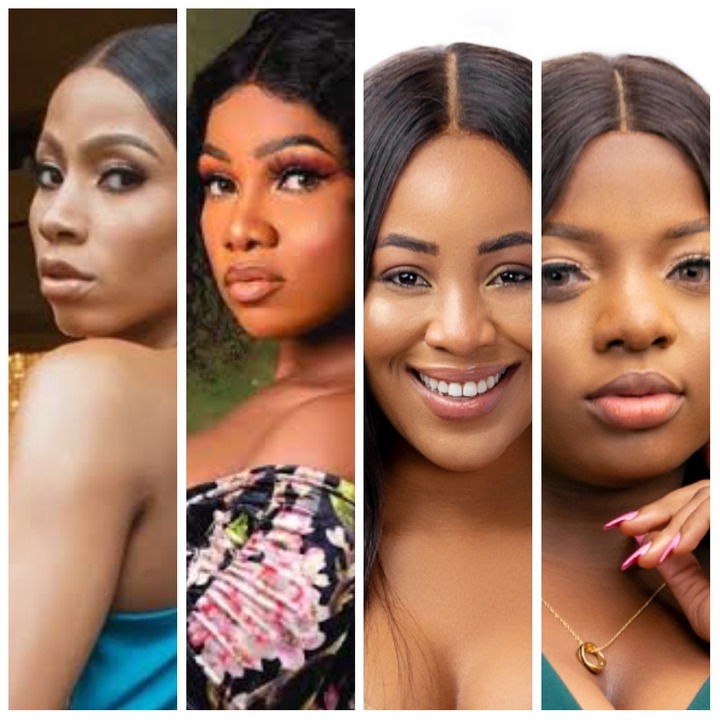 Of-course I get the fact that there wouldn't be a viable BBNaija show without the controversies & the occasional negative feels, but we can at-least have a different vibe in this new edition. Probably a more matured approach, aside the senseless fights & arguments, from the new housemates could offer much more exciting moments, maybe.

By now, esteemed fans of Big Brother Naija (BBNaija) reality TV show should note that the 2019 edition tagged 'Pepper Dem' ended over a year ago, and a new era begins already. Both Mercy & Tacha, and all other former housemates like KimOprah, Diane, Khafi, Omashola, Venita, Ike, to mention but a few, have done their bits and it's time to move on to a new beginning.

The fans should probably engage themselves with thoughtful positive vibes, less controversial jabs and/or trolls on social media. The enmity created from the last edition between Mercy & Tacha still persist till this day, but fans can correct this bad deed by starting to support and not slander any favourite. It goes a long way to fostering better values in not only the housemates but also in the fans themselves. 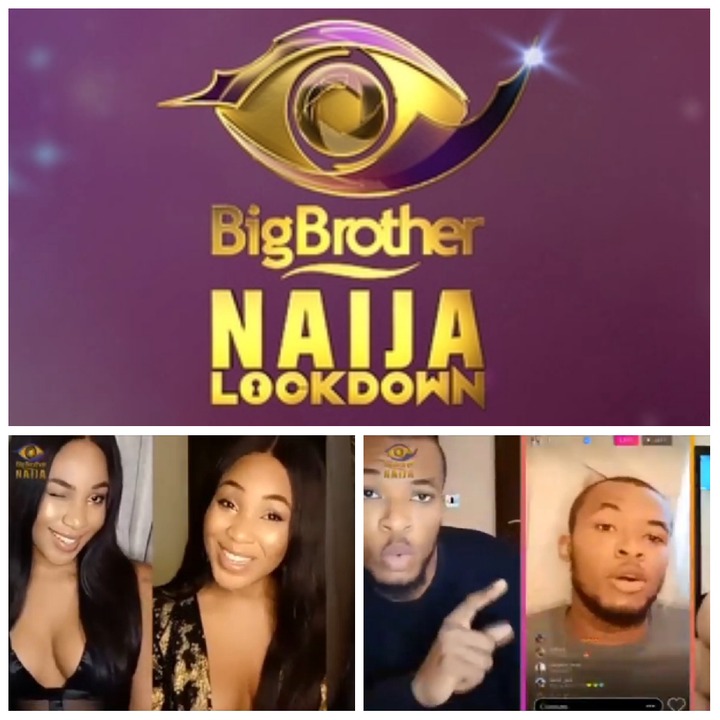 Already, this year's BBNaija 'Lockdown' edition is looking promising with the introduction of some vibrant housemates. And popular religious critic Daddy Freeze has noted that the 2020 edition of the reality TV show might just turn out to be the most competitive ever. He recently shared his view on his twitter page with the simple caption, "This year’s #BBNaija go rugged o!🤣" 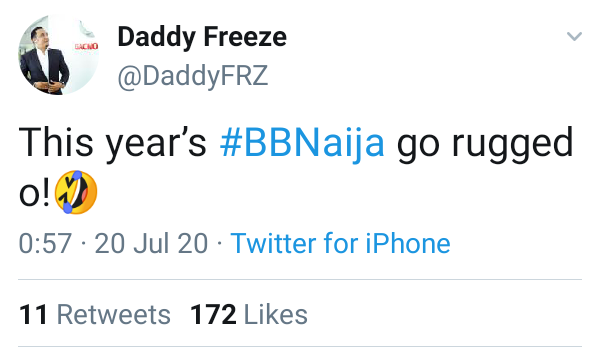 I'm sure many viewers share same feeling already too. The excitement is hitting the roof, no doubt.

This year's 2020 edition tagged 'BBNaija Lockdown' will see the different housemates compete for the ultimate reward of whopping N85 million worth of winnings, including a brand new SUV range automobile. It is interesting to also note, that there a few of the housemates to really watch out for, as it is believed by many observers that they can go very far till the latter stages of the reality show.

In no particular order, checkout below the Top 5 new housemates to watch (or follow) in the BBNaija 2020 season tagged Lockdown edition:

* Dorothy - first obvious observation about Dorothy is that she is gorgeous, and undoubtedly really endowed. And it's even exciting that she acknowledges her 'beauty assets', with no inferior feelings. That is a positive vibe, and it can be a huge advantage for her in the house. 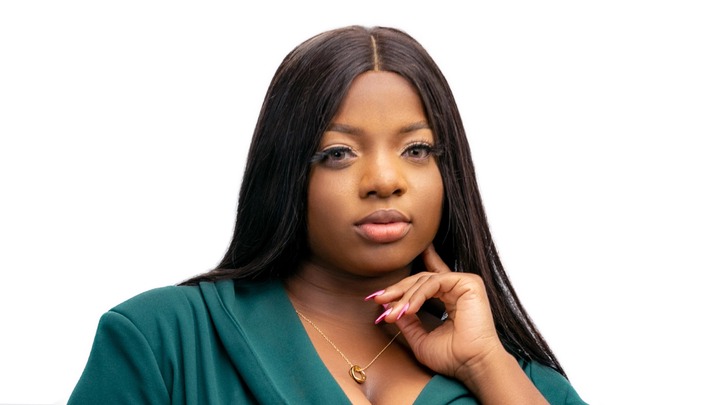 * Eric - a fitness instructor, he seems a gentle personality who just wants to have fun and see what lies at the opposite end of it. Eric has that calm attitude, and definitely he is going to be liked by many fans as the show goes on. 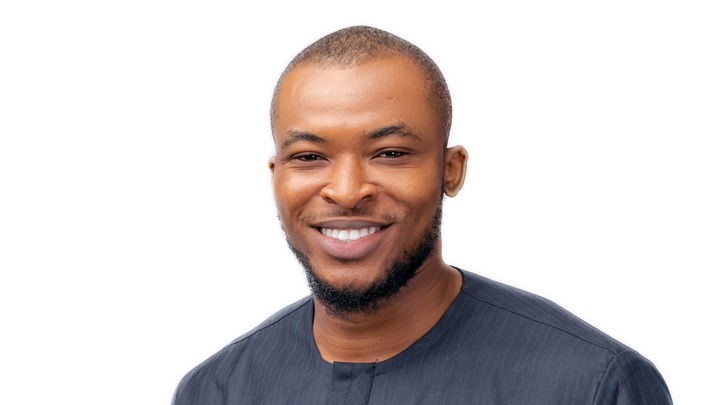 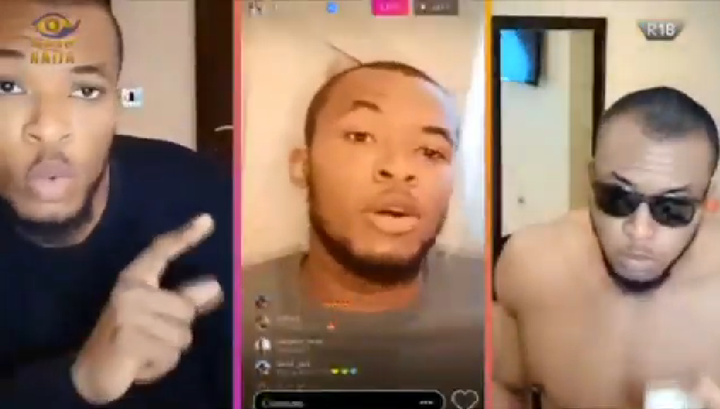 * Kaisha - it is going to be interesting to see how this lady Kaisha evolves in the house. She has already promised lots of 'tension', and can probably be described as 'Tacha 2.0'. And she hails from the northern region of Nigeria, Sokoto precisely. 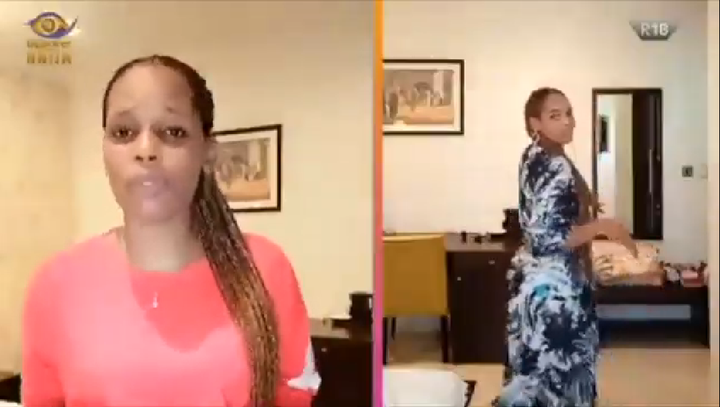 * Laycon - by talent, he is a versatile rap artiste and surely one housemate every street fan is going to love while in the BBNaija house. Laycon has that cool, easy-going personality, and observers describe him as probably a better version of Omashola (from last year). * Erica - for those who are waiting to be treated to more highlights on the show, this lady might just be your perfect option. Pretty Erica is an actress, and can be described as 'Mercy 2.0' as she has that fun-loving & confident personality! 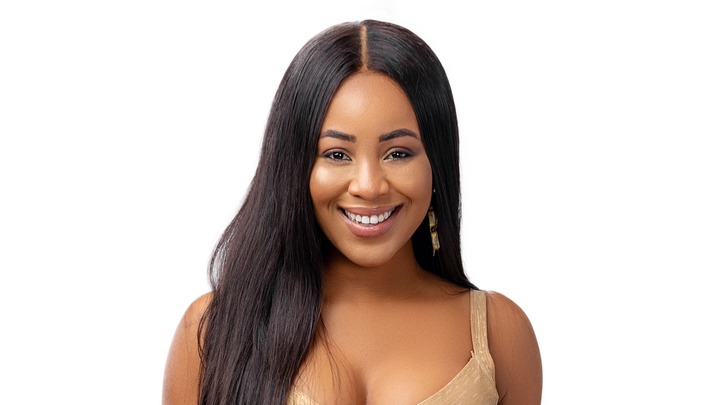 Quite excited for how the drama unfolds in the BBNaija house in the next few days. But who is/are your favourite(s), who are you supporting in this new season?