Emmanuel is an 18 years old teenager from Liberia who dropped out of school at 7th grade and rides motorcycle for a living. On that fateful day, he found a huge amount of money reportedly worth 50,000 USD (20 million naira) rapped in a plastic bag while on a highway.

According to Emmanuel, the money was very large for him and he was scared of the amount. He brought it home to his aunt whom he told to keep it safe for him.

It turns out that the money belongs to a rich businesswoman, Musa Yancy who announced on radio and pleaded with anyone who has seen the money to return it. Surprisingly, Emmanuel returned the money to the businesswoman which immediately earned him fame and he was tagged a hero as his story made headlines.

Emmanuel received multiple threats following his good deed and he was also mocked by his friends who told him that he would never be rich for returning the money. 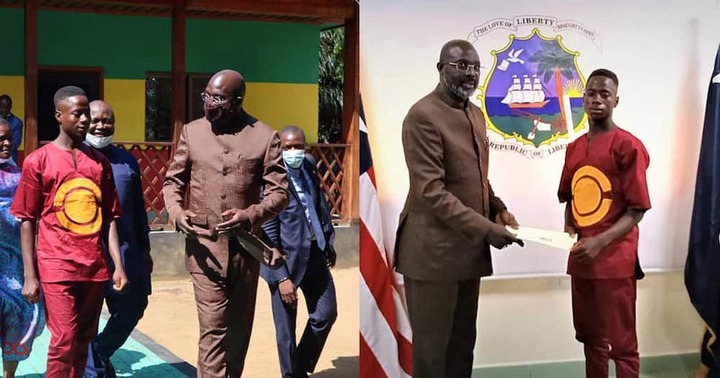 Though the rich woman awarded him handsomely for his kind deed and also gave him 1,500 USD (N 616,230) cash price, the news got to the hearing of Liberia's president, George Weah who summoned Emmanuel and has recently awarded him with 1.5 million Liberian dollars (10,000 USD) which worth 4 million naira. He also gave him two motorcycles, and a scholarship till he acquires his master's degree. 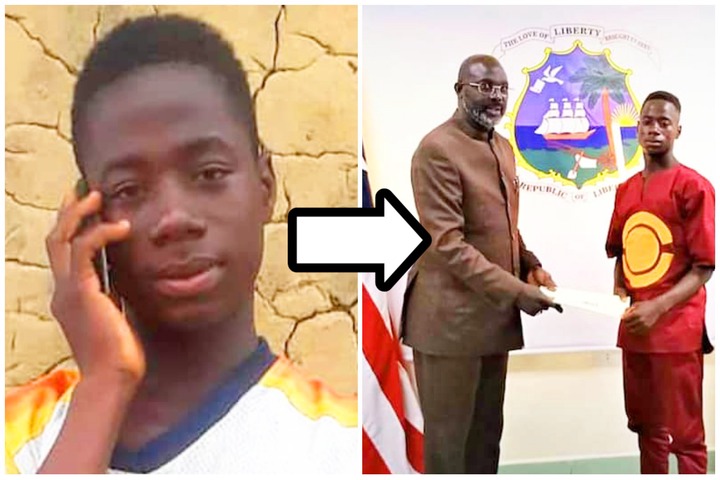 Good deeds are indeed one of the keys to success, do the right thing and your reward will locate you at the right time.