Davido, is one of the Nigerian celebrities who has managed to carve his niche in the entertainment industry in Nigeria. The 26-year old rose to fame in 2011, from dropping hits back to back, being awarded both at home and at the international level. Davido is quite successful at what he does. 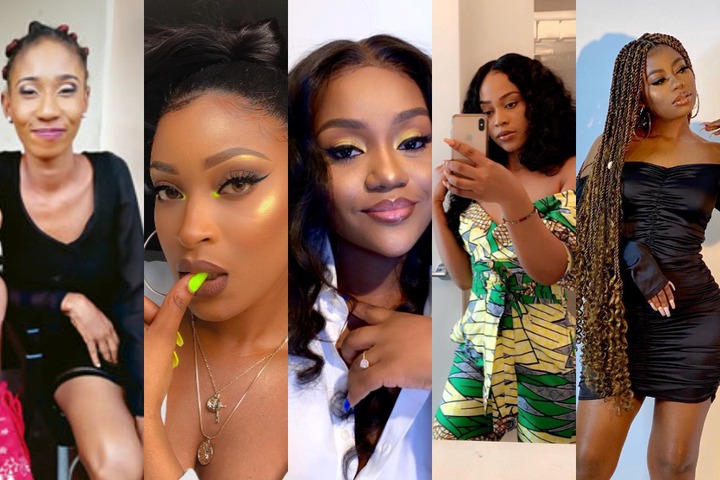 Davido has three known baby mamas, with the other two who are quite not popular. Majority of people are familiar with the three.

In this article, we will be looking at Davido's love life, all the women he has dated, and his baby mamas. Davido got involved with Sophia Momodu, a cousin to the ovation boss, Dele Momodu. Sophia is a well-known entrepreneur. Davido got her pregnant with his first child, Imade Adeleke. Things didn’t work well with the relationship, and they both have to part there ways. Davido later got involved with Amanda. She is Davido's second baby mama who resides in Atlanta USA. Singer Davido loved fatherhood so much that she got her pregnant barely two years after his first child. They have a child together named Hailey Adeleke. Another lady known as Ayomide Labinjo, came out to claim she had a child for the singer. According to her, she had been with Davido quite before he became popular. The news surrounding their relationship is still controversial. They have a child named Michelle Anu Adeleke. Davido got involved with Chioma in the year 2018. The relationship was bliss. He fell deeper in love with her despite unfriendly gossip about Chioma. From taking her on shopping spree around the world, he also gifted her a N45m Porsche car.

Chioma and Davido are still dating and they plan to have their marriage this year. They have a child together named, Ifeanyi Adeleke. Larissa Lorenco is a UK-based makeup artist born and raised in Angola. Her picture has gone viral on social media since she posted her baby bumps photos. She is allegedly expecting a child with Davido.

Let hope Davido as finally come to a stop with Chioma. Hopefully, Chioma will be the last baby mama and probably wife.