Tiwa Savage - I'm Not Giving Up On Love

By DFMedia (self media writer) | 1 year ago 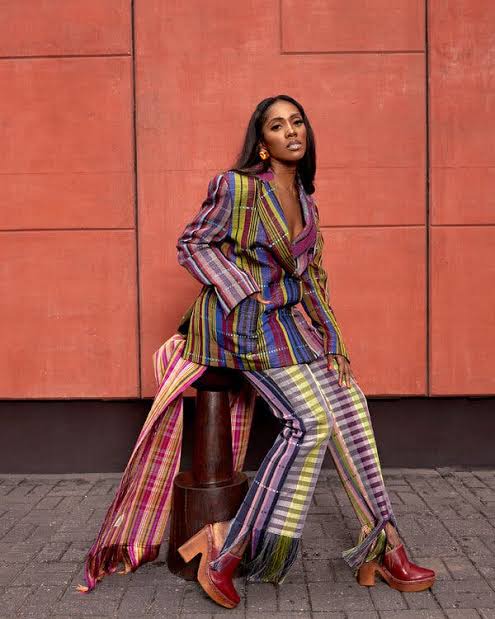 Tiwatope Savage, known simply as Tiwa has stated that she is still a ‘sucker’ for love and won’t give up on finding real love.

Tiwa, who is gearing up to release an Extended Play album titled, ‘Water and Garri’ asserted that though she has been heartbroken a number of times, she still believes in love.

The mother of one said, “I don’t want to lose hope in finding real love because I still believe in that, and no matter how many times I’ve been heartbroken, I am still a sucker for love.”

Read Also: How I Connect With Nicki Minaj On Instagram For ‘Holy Ground’ Collaboration – Davido Reveals

In her words, “It’s basically about me saying I want a fairy tale type of love because I still believe there’s that fairy-tale Cinderella ending.”

The ‘Malo’ crooner while on the Zane Lowe Show on Apple Music, noted that one of the songs on her yet to be released album, Tales by Moonlight, was inspired by a kid’s show she used to enjoy as a child.

In Tiwa Savage’s words, “I wanted a record that felt good, just as my favourite childhood tv series, though a love song. When I heard the instrumental, it felt soft and light, and had an old school vibe.”

According to ‘Mama Jam-Jam’ as she’s fondly called, Tales by Moonlight was a popular programme she watched with passion while growing up in Nigeria.

Savage also stated that American RnB singer, Brandy, was the reason she became a musician.