"On 3 occasions, my Wife calls me Jude when we make love whereas my name is Sylvester" -Man narrates

By BornWriter (self meida writer) | 21 days

A man named Sly Wizie as his Facebook username has out of the pains he feels considered it right to seek for advice from members of a Facebook group, because of the experience he has had with his wife on several occasions when they are making out.

According to the post he posted in the group, he has in three different occasions discovered something unusual from his wife during love making. He unveiled that, his wife keeps calling him, Jude(name of another man) whereas his name is Sylvester. He added that, even though he is not comfortable with it, he hasn't confronted the wife about it. Hence, he made the post to seek for advice from mature minds in the group.. 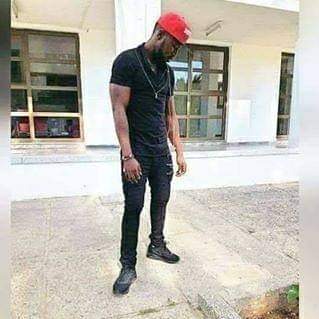 "Pls. house, on three occasions now if we're making love my wife keeps calling another man's name jude and my name is sylvester. I haven't confronted her yet, I need some advice from mature minds please. " He revealed 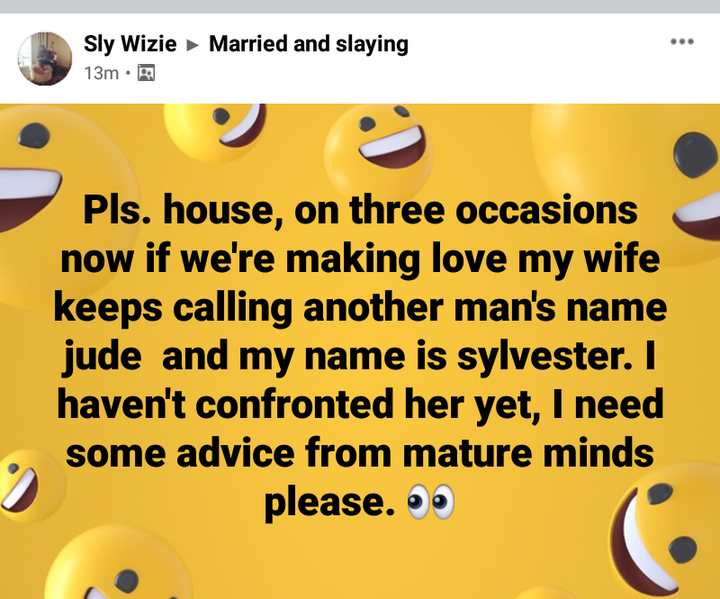 In recent times, unusual things have been happening in most marriages - things that were not common before now. For example, long before now, cheating was mostly men kind of thing than women's, because it was believed that, men are polygamous and promiscuous in nature. On the contrary, these days, there seems to be some kind of cheating competition between men and women in marriage. If one should begin to count the numbers of cheating cases amongst married women, one would be so amazed of the result. If you have been following online news, you will realize that, cheating is no longer a gender thing but an individual thing.

Hitherto, men used to trust their wives to a fault in the area of fidelity but today, not many men would be confident enough to vouch for their wives" faithfulness because of the outcome of DNA tests that have been carried out by men out of suspicious. Most of the results always validate their act of infidelity even in their matrimonial homes.

Although what the man disclosed in the post is a serious one, most members of the group turned it to a comedy show, thereby dropping all kinds of hilarious comments.

See some of the comments below: 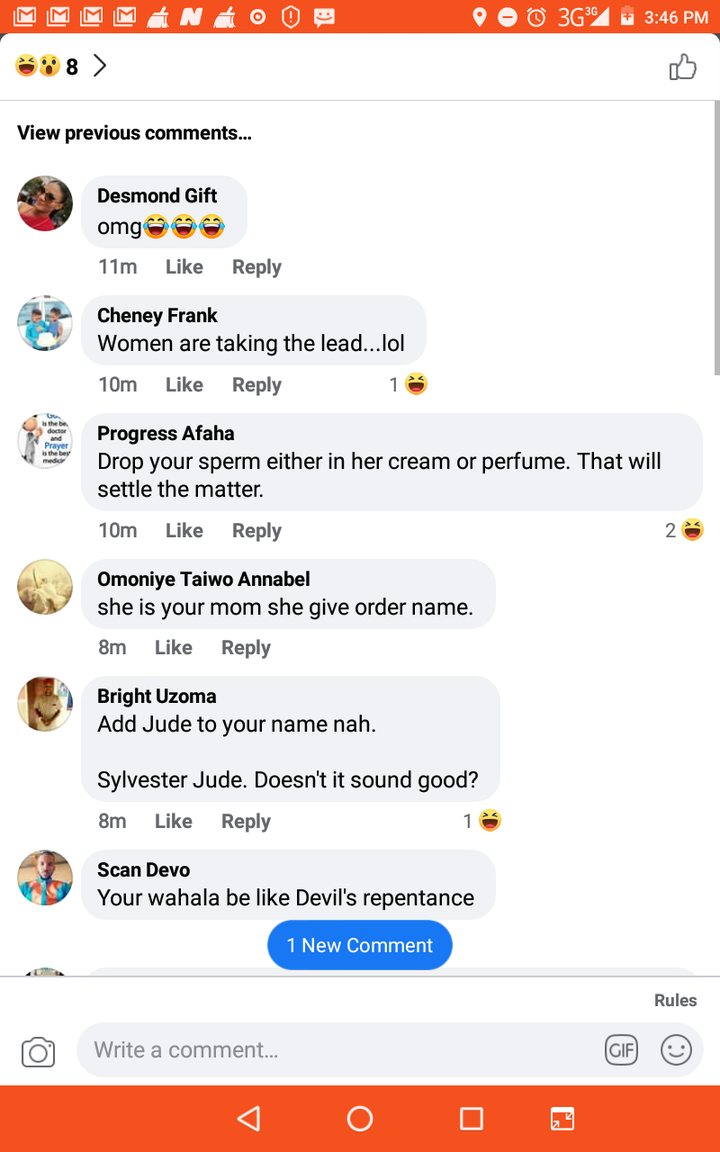 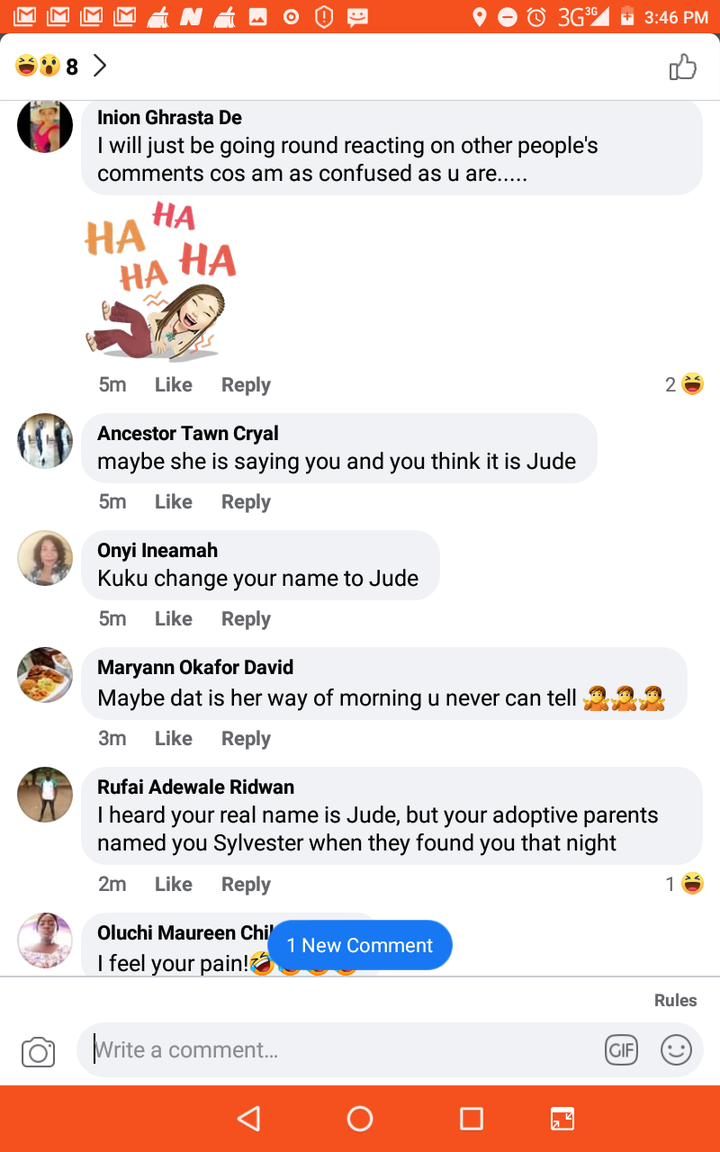 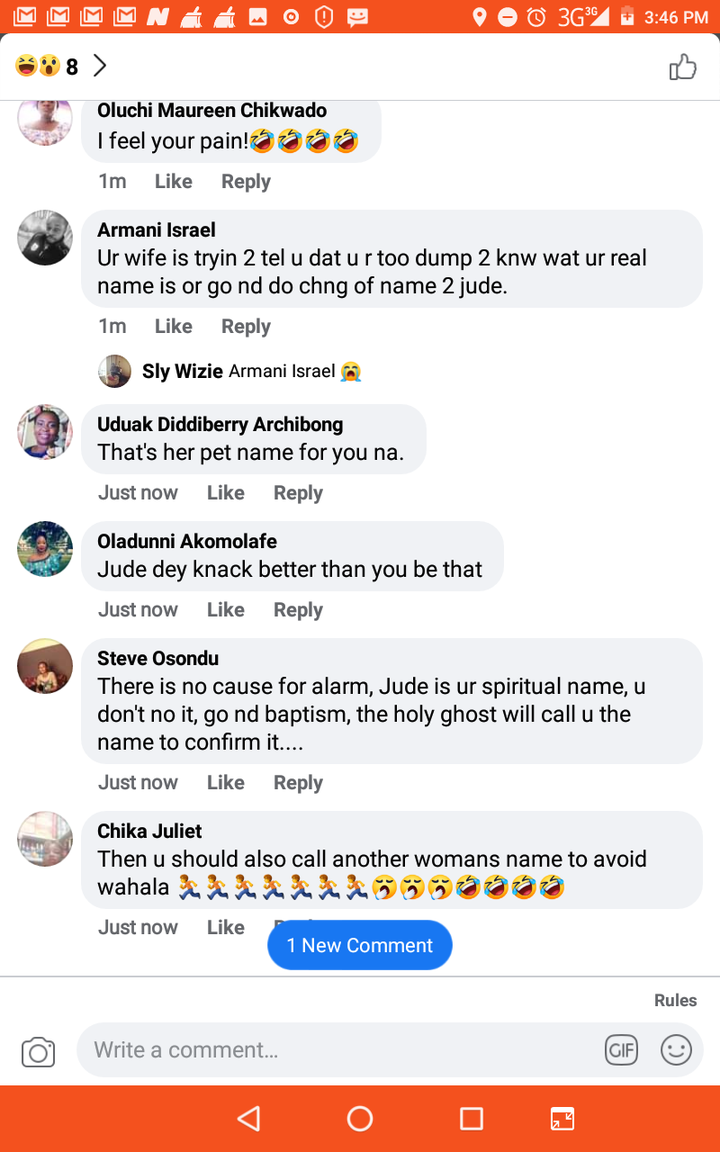 Let's talk. What is happening to most women these days in the aspect of cheating? What are the factors responsible for infidelity from married women? Things weren't like this before now.

Check Out Erica's Reply On Lilo's Pose, After She Asked Fans, What They Think About Her Photos.

Check out 10 photos to prove that Olu Jacob's wife, Ajoke Silva, is a beautiful woman