This is obviously not the best of time for Maria, the striking BBNaija female housemate of the recent edition. Maria as fondly called by fans was called out and terribly dragged on social media by Cubana Chief Priest for snatching his sister's husband and threatening her at the same time on phone. 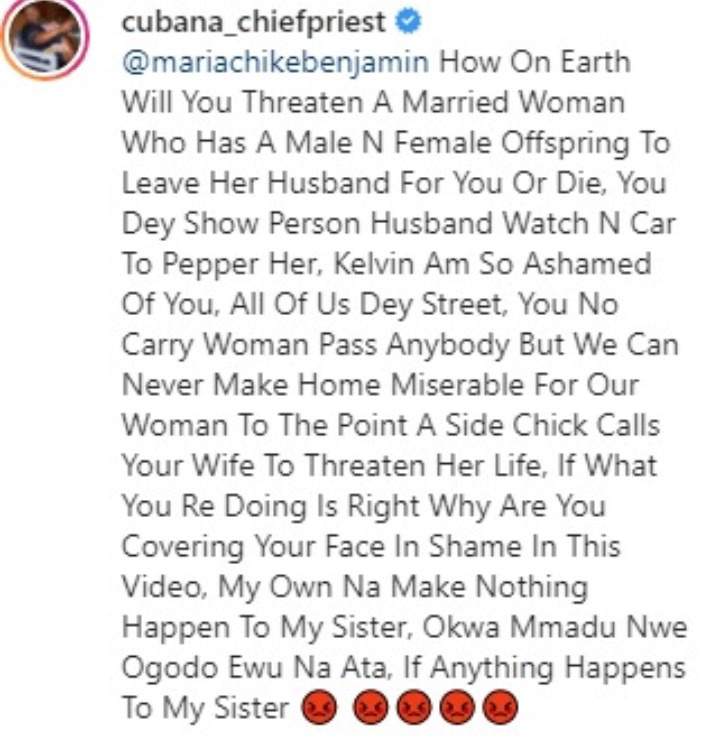 Since Sunday that the news went viral on the internet, the fiar skin lady has been in eye of the storm as social media users continued to bombard her with a heat of verbal assault. Even some of her colleagues in the house joined the train of those lashing out at her on the internet. 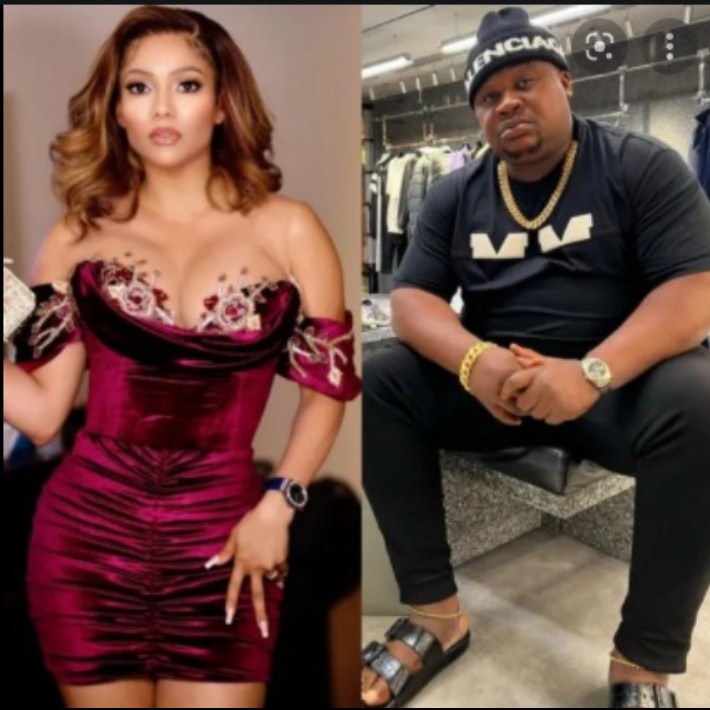 This however formed the basis of Maria's predicament on social media.

However, the new revelation into the matter on Monday appears to be strong enough to save Maria from the show of shame and also correct the negative public impression about her thereby, putting the issue at rest.

In a recent post released on Instagram by a user named Trapselena, it was revealed that Maria is not the only lady the husband of Cubana Chief Priest's sister is having an affair with. 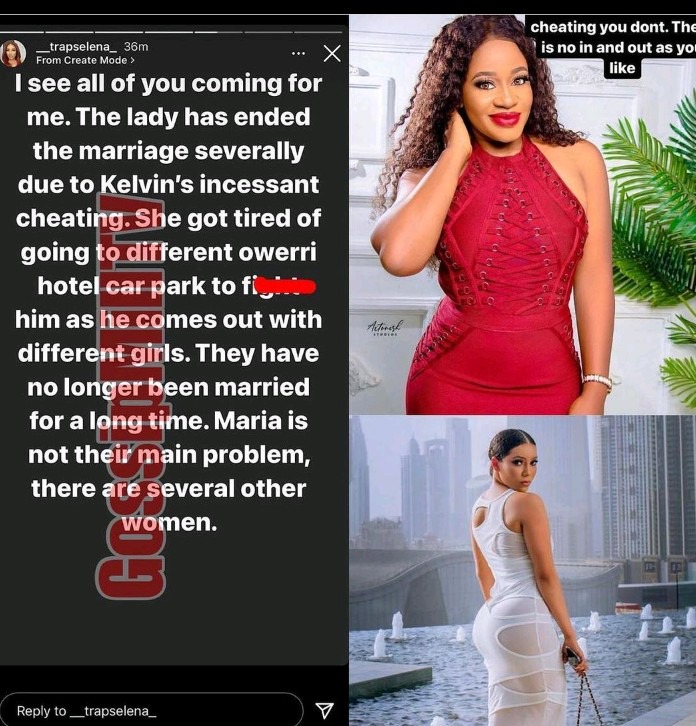 According to the post, the wife who claimed that Maria threatened her on phone is alleged to have left the husband for the past 7 months. It was claimed that she decided to come for Maria simply because she is a celebrity and could possibly make a point through her.

The poster also stated that Kelvin who is her husband regularly patronizes one Car Park Hotel located in Owerri, Imo state and if she truly wants to fight the battle, there are many ladies her husband keeps who she can easily find in the hotel. 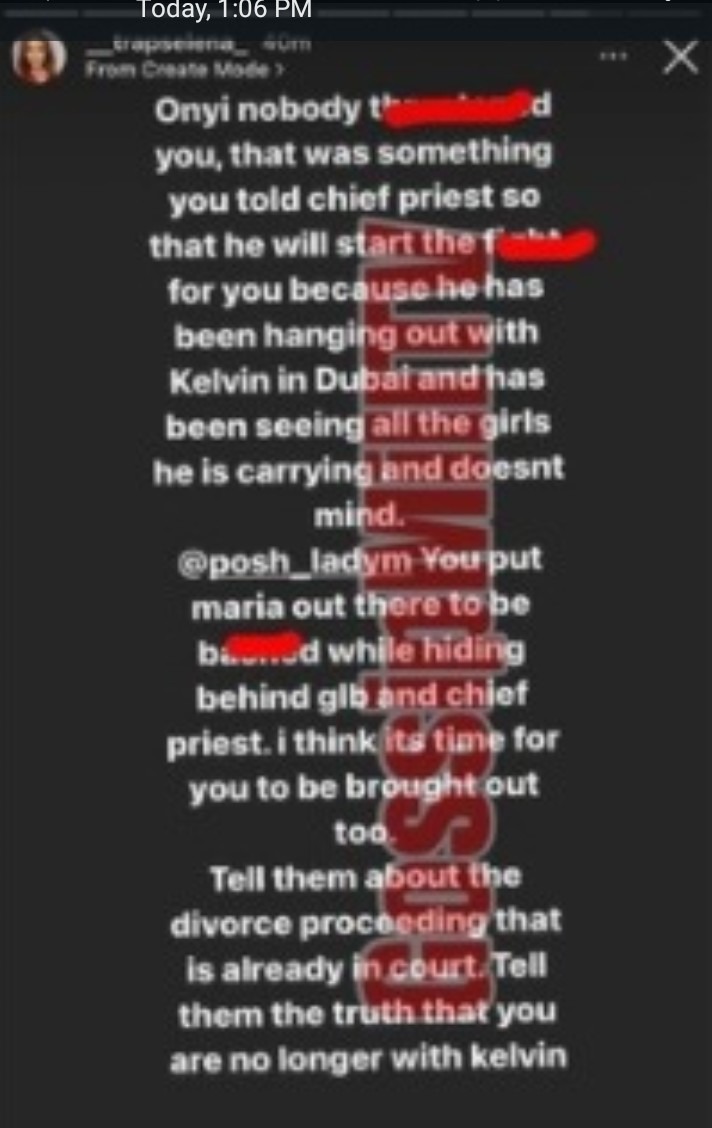 If this revelation is anything to go by, Maria can therefore be said to be exonorated of the accusation against her. All she needs do is to lay emphasis on the post and ensure it is published on major blogs and National Dailies where it can easily go viral for people to be aware of.

This will make her critics have a rethink and consequently change the negative public perception the matter has brought upon her. It will also put the matter to rest. 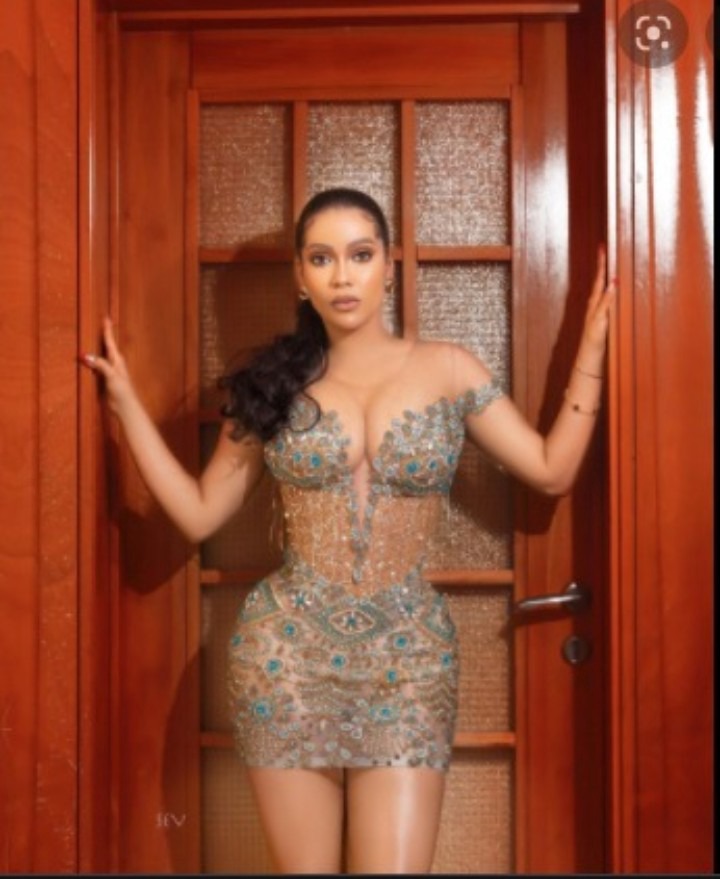