By AustinePrime (self meida writer) | 1 months 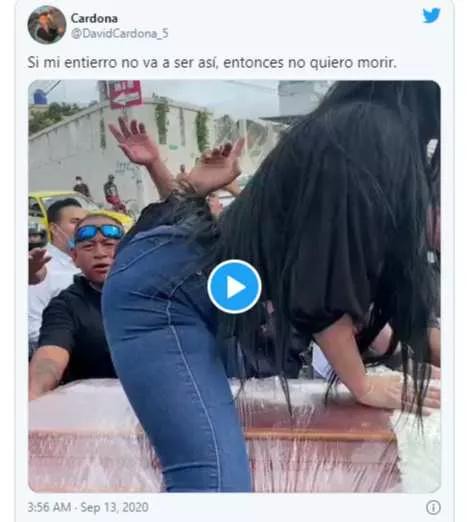 A video of a woman dancing on top of a coffin has gone viral after she was seen leaping on top of the coffin and dancing to say goodbye to her late husband.

Marlon Mero Quijije was shot to death last week in a hazardous area of Manabi, Ecuador, also known as ‘Seven Stabbings.’ The weird funeral festival took place in the city of Manta, in the region of Manabí, Ecuador.

As the 38-year-old was put to rest, a young woman thought to be his wife leaped on his coffin, dancing in a performance more suited to a nightclub than a burial.

The casket itself was leveled across two motorbikes, and the crowd appreciated the woman’s performance.

Here is the video of the woman dancing; 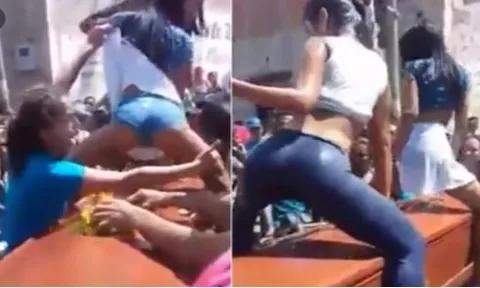 However, Views on how the woman chose to pay her last respect to her loved one, are divided, as some Twitter users praised her by commenting on her obvious sad expression while others thought it was an improper way of paying her last respect.

A user uploaded the video, together with the caption, “If my funeral isn’t going to be like this, then I don’t want to die.” 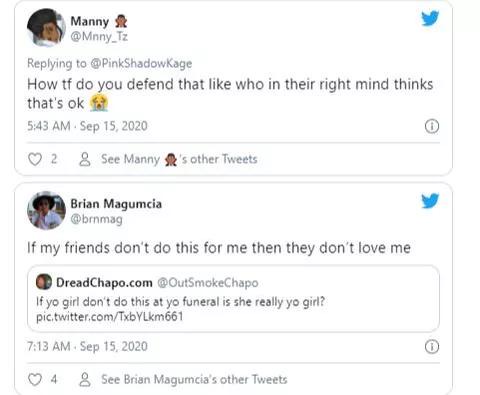 Content created and supplied by: AustinePrime (via Opera News )

After Winning 1Gold Medal, 2 Silver And Bronze In Edo, I Want More Medals At The Olympics, Stephanie

Discovering Facts And History About Idanre Hills In Ondo State

US-based Yoruba Actress, Sexy Sino Shares Gorgeous Photos Of Herself, Says Like Yourself

How The World Would Look Like If Human Race Disappear