Video: I'm Not With Any Particular Ailment, I'm Blessed By God--K1 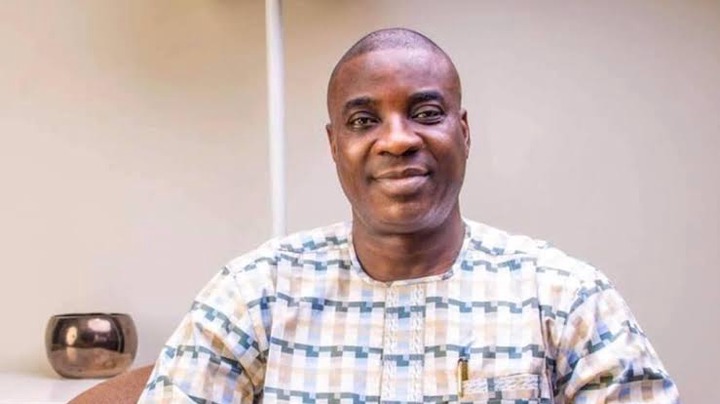 On Saturday, 3rd of July, 2021, pictures emerge online of King of Fuji music, Alhaji Wasiu Ayinde Anifowoshe Marshal better known as K1, sitting on a hospital bed after undergoing what was called a minor surgery. And the moment those pictures emerged first on the social media handles of a very close friend of K1, Bolaji Basia, and later on K1's social media handles too, fans and friends of the Mayegun of Yoruba Land have been sending congratulations to him under the posted pictures. 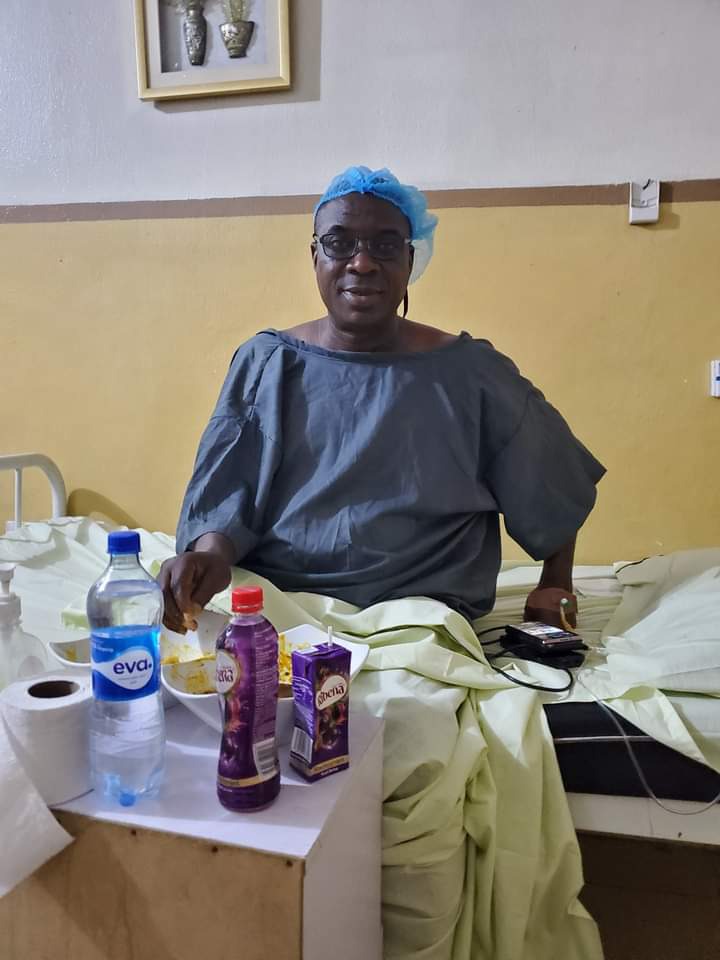 Though, the ailment which required the minor surgery was not disclosed, but it was easy to see from the pictures that, the surgery was truly minor. At least the empty dishes of food which was apparently devoured by K1, were testament to the fact that, he was able to eat "swallows" almost immediately after the surgery was done. And the fact that, the pictures K1 posted after the surgery, had a long message which commended all the Nigerian Doctors who carried out the surgery successfully and professionally. After all, it is only a patient who underwent a minor surgery that would have the strength to type such a long message on the social media almost immediately after his surgery. 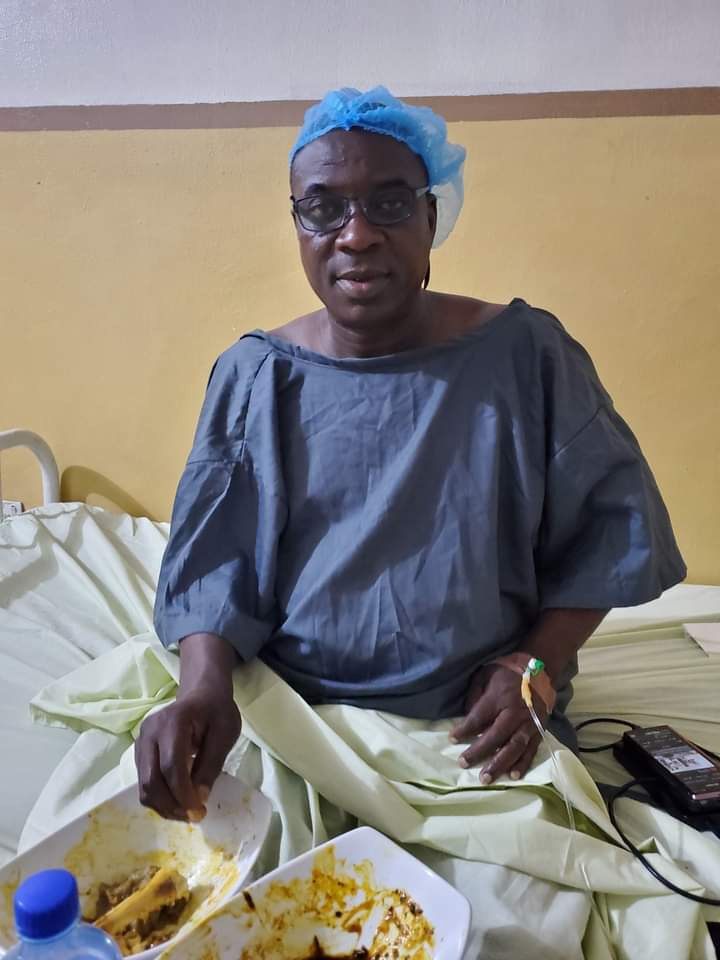 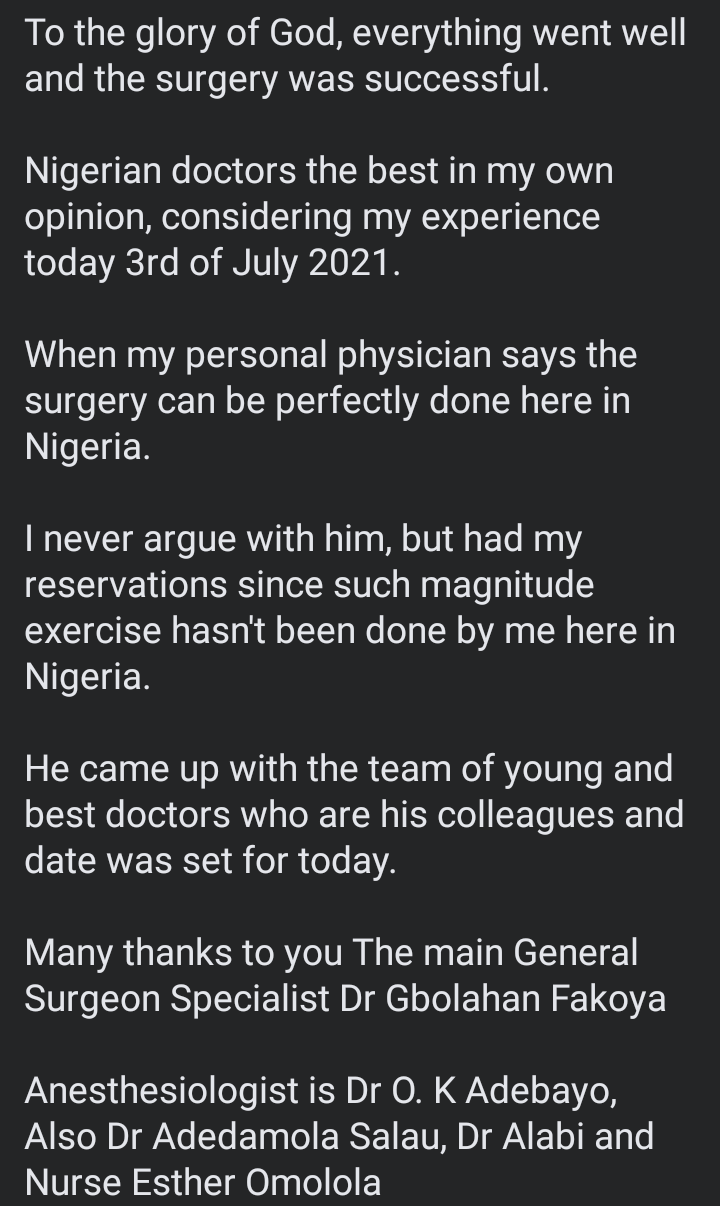 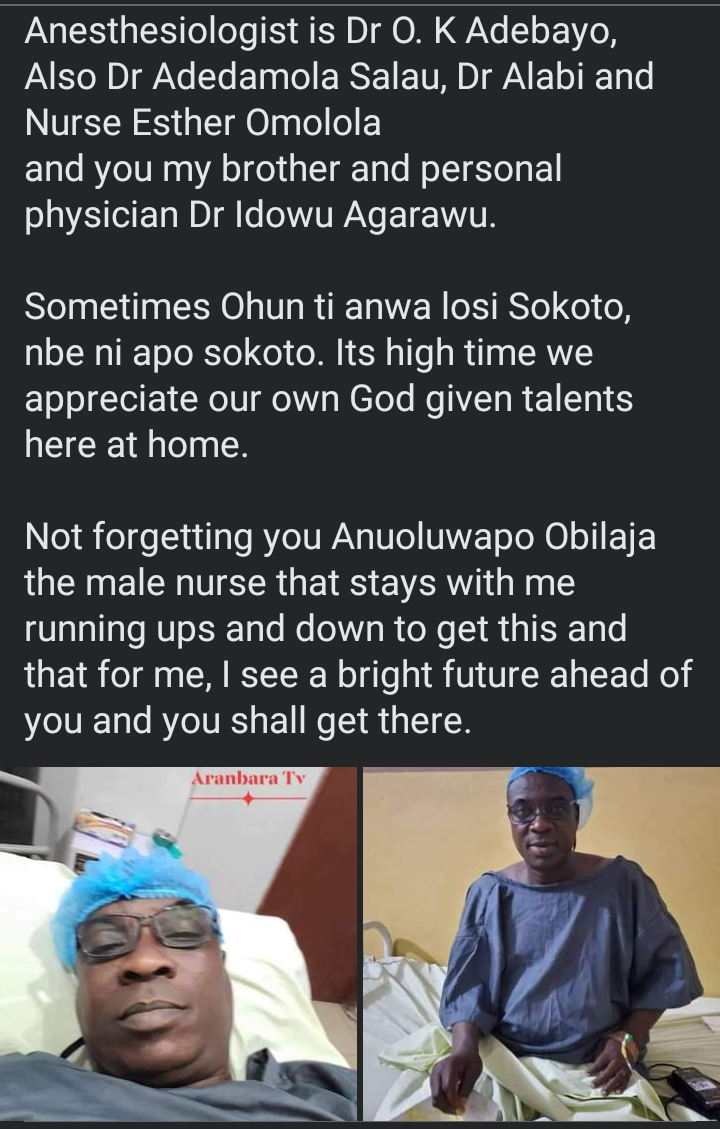 Evidently, K1 is not an artiste who has a history of any medical condition. As apart from 1999 when it was widely reported that he had a surgery when he travelled to Canada, nothing much has really been in the media regarding his health. Though, in the 1999 situation, it was rumoured that he had cancer, the reason he went for the surgery, but his Corporate Manager then, Percy Ademokun debunked the rumour when he spoke to an every evening newspaper back then, PM News, that: "He is doing fine and responding to treatment. He had infections of the lungs and was operated upon. I swear, he is not suffering from cancer as being speculated." Percy Ademokun told the newspaper. 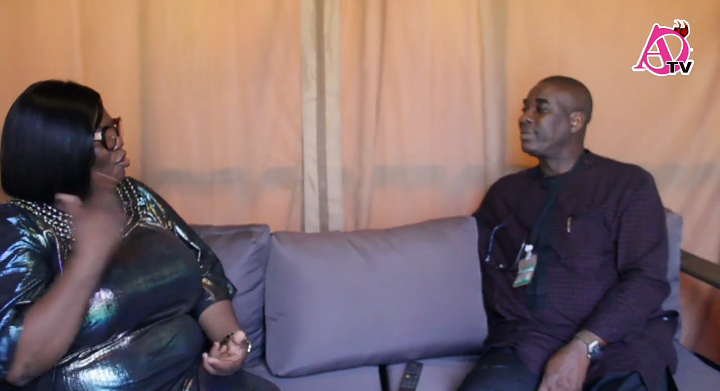 Meanwhile, in a recent YouTube interview with popular journalist, Biola Orisile of Abiola Orisile Events And Parties, K1 took time to puntuate the fact that, he is not with any particular ailment or medical condition, for which he said he is blessed by God. The question that was thrown to him in the interview was that, "how do you rest?" And hear his answer: "I do rest. You see, to rest is not to sleep for the whole of the time. To rest is to see you doing that thing that gladdens your heart. Something that makes you release tension from yourself. So, anything you see me doing, it is something that really makes me release tension. And it really helps me greatly. 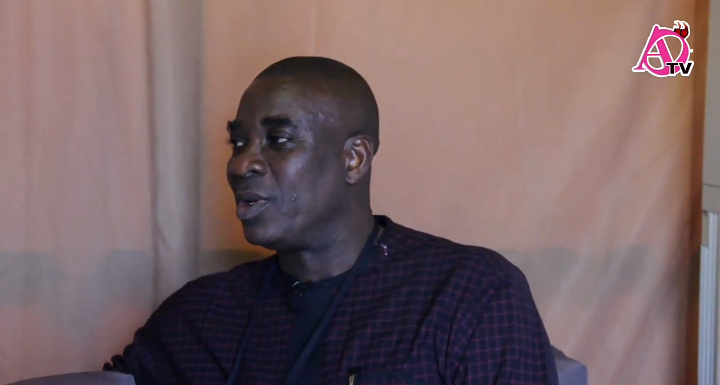 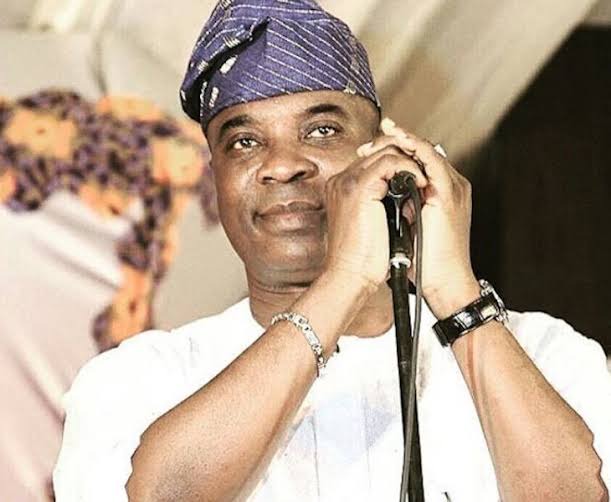 "The way I see myself is different from the way people see me. My Doctor can attest to that, because I don't really have much complaints, I don't have troubles to bother my Doctor with outside the normal living of everybody. You do checks on yourself, and stuffs like that. So, I don't really have any worry, I'm not with any particular ailment, I'm blessed by God. And I give glory to Almighty God that I don't really have something that I do to myself to endanger my life. Many people that you see out there, may be they need to know through this, that you don't need to put worries on yourself. Because God, had promised us to give us all His backing. 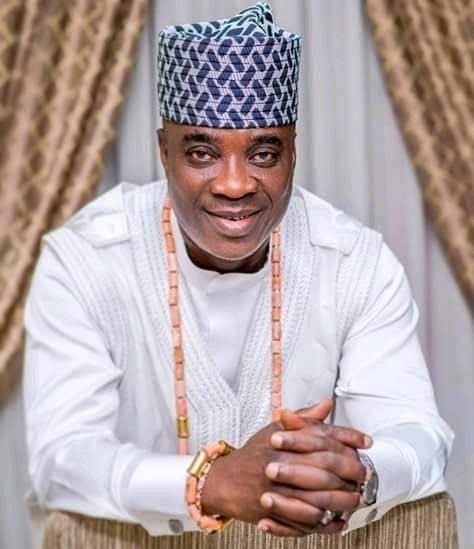 "So, all you need to do is, understand the fact that there is God. Understand the fact that you are working, and you are living. Enjoy your life. Because, when you leave here, you are going to rest finally. So, I don't bother myself with what I should not bother myself with. If I sleep 2 hours, that 2 hours mean a lot to me, and I probably would have released all tensions over me to prepare myself for another day," the legendary artiste concluded. 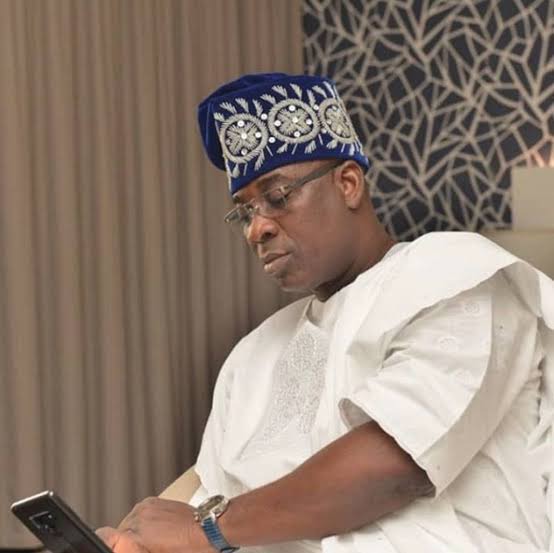 Though, it was after the interview the surgery issue came up. But as someone who takes care of his health, and never gets worried by anything, it can can be believed that it was only a one off, minor surgery that K1 had like it was disclosed to the public.

See a link to the video of the 5 and a half minute long interview below...