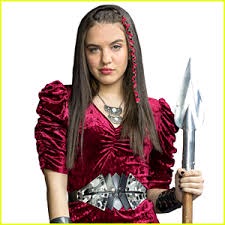 Sage also known as captain mean face(by Ciara) is ranked as #5 most mean character in the Nickelodeon TV series. Sage is a ride and mischievous girl whose major agenda is to manipulate her tricks to the Phoenix squad. Sage is the leader of kraken squad who later had a huge crush on Warwick. One of the most remarkable mean comment sage said was "Awwn, I'm gonna miss to you. Ahhh! Just kidding.... you're the worst !!"

Clark is a recurring character bin the Nickelodeon TV series school of rock. He is ranked as #4 most mean character. Yes, Clark is really strict and cute but aside that, Clark also has a mean personality towards Mr. Finn and his students. Clark never rest until he book all to the blacklist, one of his frenemy is tomika. 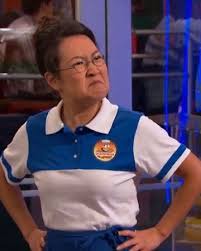 Mrs Wong is the owner of the Wong pizza palace and the popular restaurant" splat burger" in hiddenville. She's ranked #3 most mean character because of her obnoxious ego in taking down her opponent. Mrs. Wong is a sarcastic, mean, grouchy nonsense woman who hates the Thundermans family with her whole heart. Piper Hart is ranked as #2 most mean character. She's the sister of Henry Hart and the enemy of progress to Jasper. Piper is ranked #2 most mean character because of her personality, anger issues, and of course unlike the others, Piper has 2 criminal records in the swellview police department. Piper's catch phrase is "That's not okay" Samantha Puckett also known as Sam is ranked #1 most mean character. Sam personality is so different from others. Sam never back down to a fight, she bully others, irrespective of who you are, and like piper, Sam has 6 criminal records and several country restrictions which makes her the top in the chart.