After Copying Wizkid's Song On Amazon Music, See How Much He Earns

By EntertainmentFreak (self media writer) | 1 year ago

A local artiste, identified as "wisekid" has been making rounds on social media after it was revealed that he copied the songs of African top singer, Wizkid. 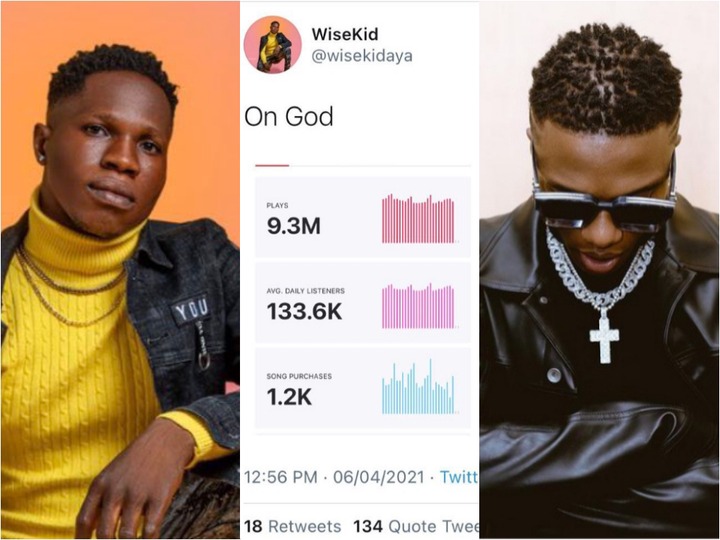 This is coming shortly after a music recording platform revealed that the said artiste, wisekid has been copying all of wizkid's songs since October, last year. 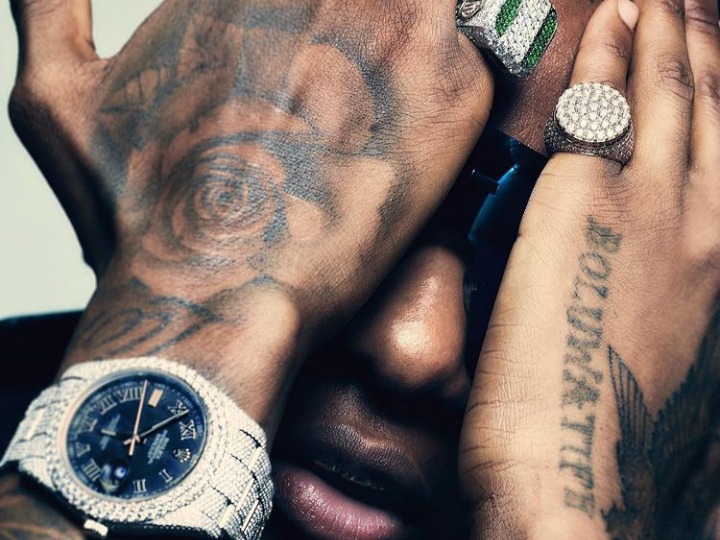 This development has caused a lot of mixed reactions on social media, especially from the loyal fans of Wizkid, known as "Wizkid FC". 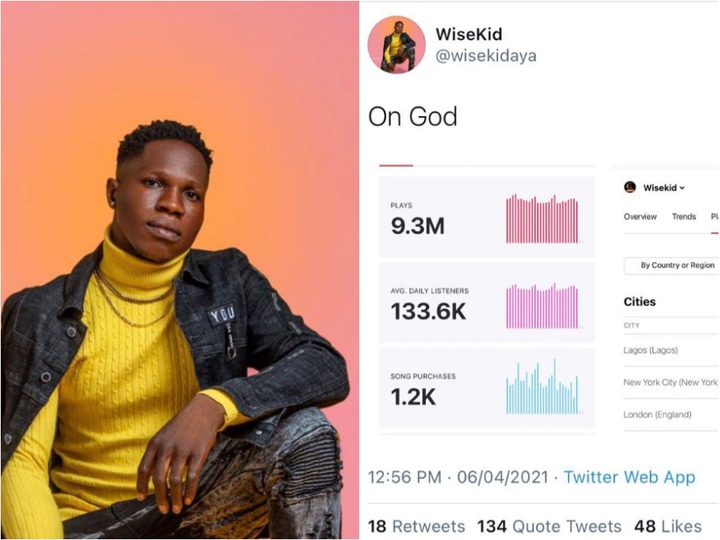 According to reports, the local artiste, known as "wisekid" made a debut album of his own titled "Lasgidi Made".

However, the local singer, wisekid, copied all the songs from Wizkid's Made in Lagos album and added them to his debut album. 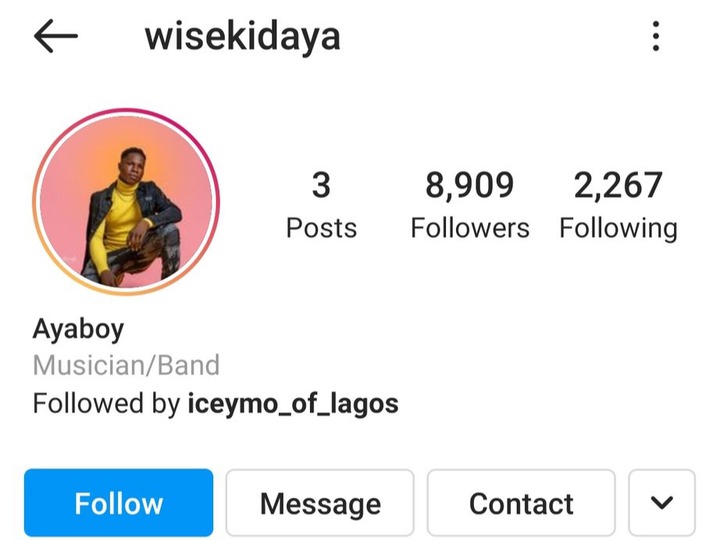 It was also reported that the local artiste also took to his Instagram account and made it resemble that of Wizkid's. He changed his IG username to "wisekidaya", which is similar to that of the Nigerian singer, "wizkidayo".

Check Out How Much He Has Earned So Far 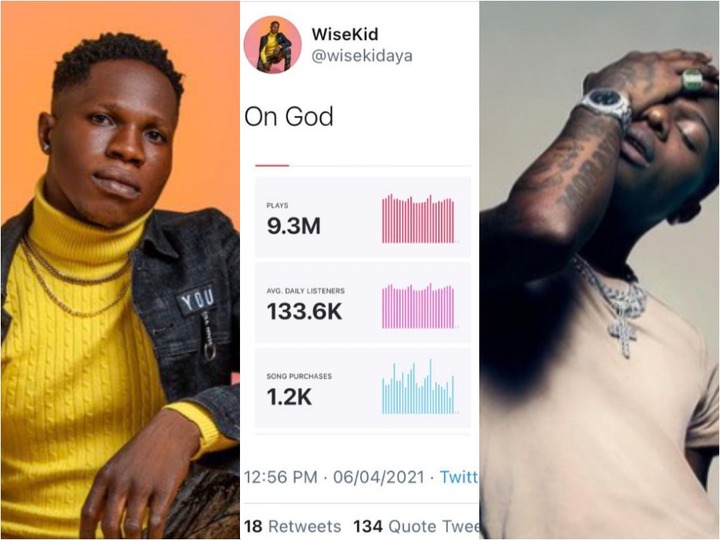 After copying all the names of Wizkid's songs and albums, the local artiste, wisekid, is said to have earned up to N30 billion Naira.

The local artiste also shares a huge chunk of Wizkid's streams on both Amazon and Apple music. 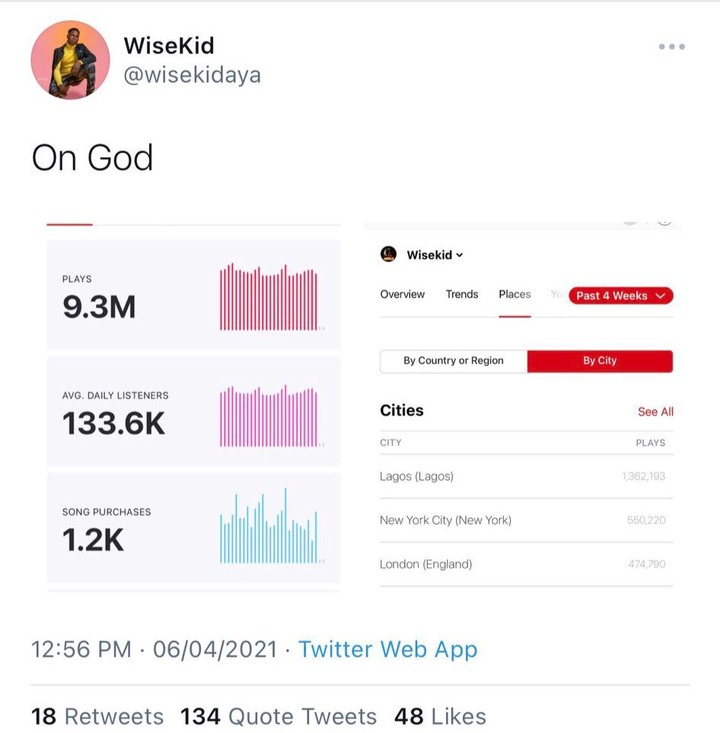 According to some Twitter users, wisekid has reportedly earned $73,170 since October 2020, when he started copying all of Wizkid's songs and albums.

However, the Nigerian singer and songwriter, Ayo Balogun, popularly known as Wizkid is yet to respond to the issue. 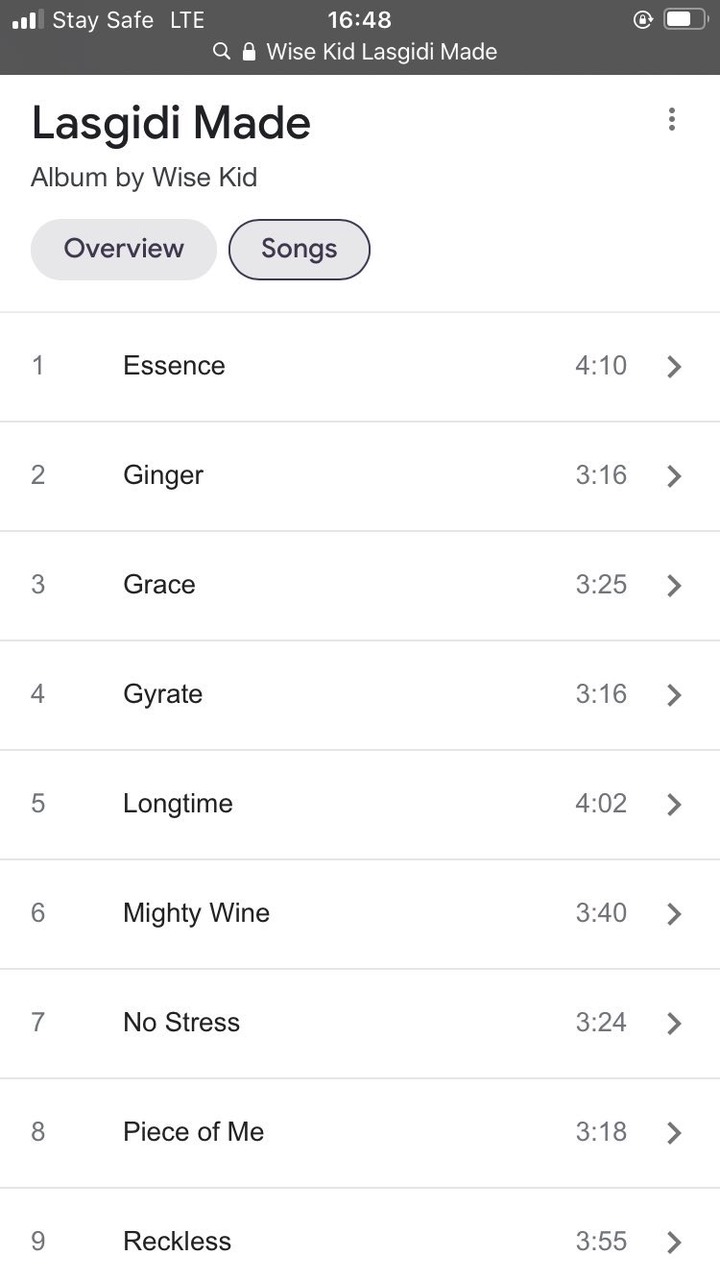 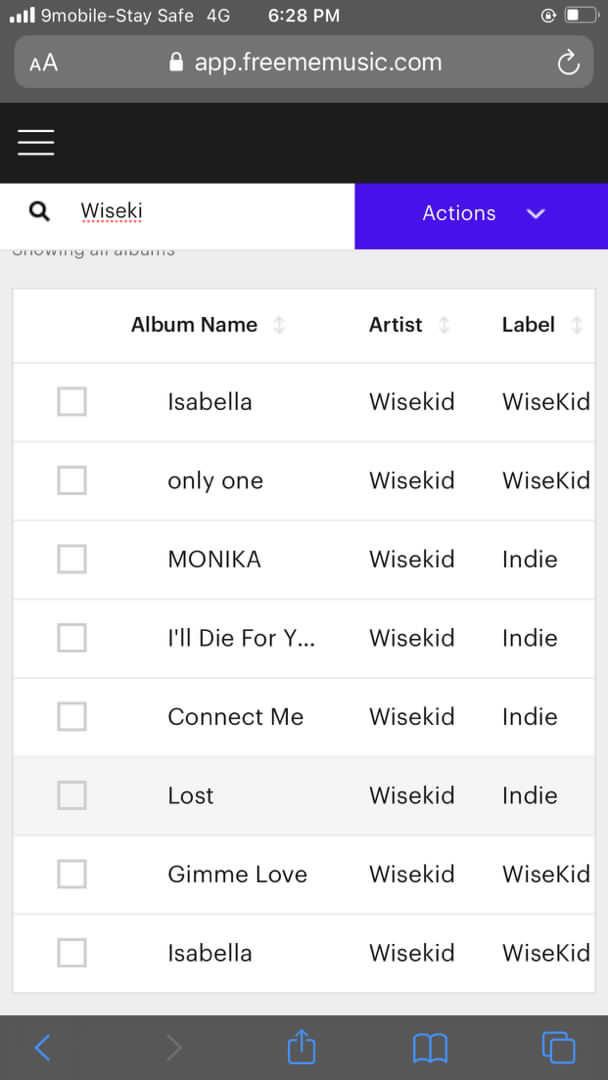 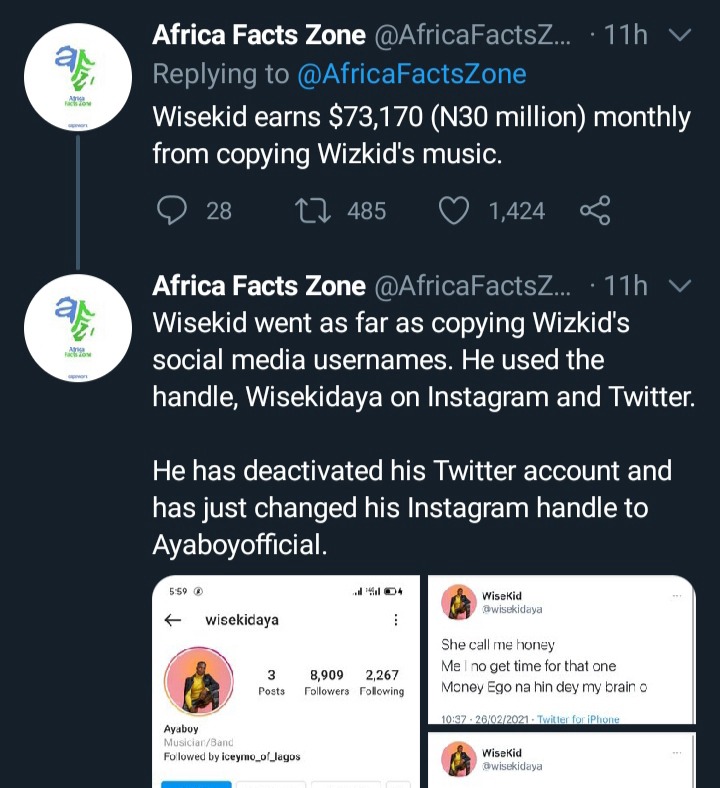