By 247SurfingBlog (self media writer) | 7 months ago 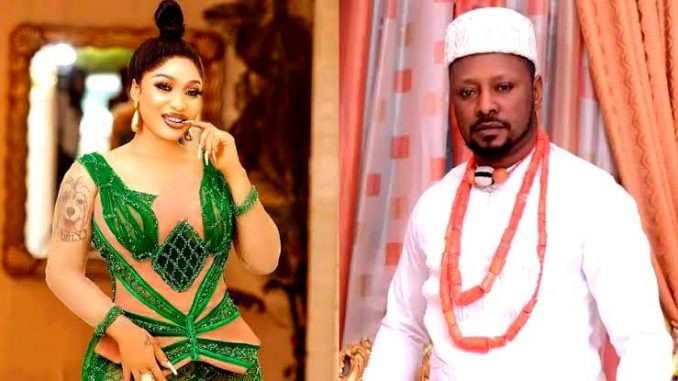 Following his claimed arrest on October 18, Prince Kpokpogri, an ex-boyfriend of Nollywood star Tonto Dikeh, was reportedly released by the Nigerian police.

Recently, Prince Kpokpogiri was arrested when he was apparently enraged that he began hurling obscenities and slurs at a police officer, despite repeated pleas for him to calm down.

As a result, when DIG Egbunike learned of Prince Kpokpogiri's actions, he ordered the prince's arrest as well as the arrest of the police officers who accompanied him.

Doris Ogala, Tonto Dikeh's BFF, who had hinted at his arrest the day before, confirmed his release with a cryptic Instagram post.

They've already released cockroaches, according to what I've heard. What do I know, right? At the very least, mosquitos bit last night.

I mean, what do I know? Thanks to my lovely mosquitoes, I gave it a shot last night.

Kpokpogri then went live on Instagram, congratulating Muslims on their Eid al-Fitr celebrations and confirming that he is at home.