Meet Samklef, The Guy Who Advised Bob Risky To Watch His Back

By JennDaniels (self media writer) | 3 months ago

The entertainment industry in Nigeria is one of a kind, especially with all the spice and gist one would want to hear. In fact, a lot of buzz has been going round recently, following a disclosure made by Bob Risky's former personal assistant, which alleged that the famous Nigerian crossdresser was in a gay relationship with Mompha. Although the duo denied this, noting that it was a ploy to dent their image, some Social media users are however, not keen on letting it slide. 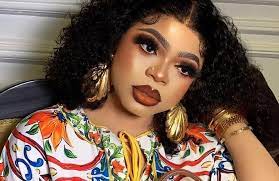 Meanwhile, particular attention was on Monday, drawn to Samklef, the Nigerian guy who has advised the famous cross dresser to watch his back. According to him, even the fake friends might be no where to be found when something unexpected happens. Samklef, however is more than just a Nigerian guy. He is in fact, a big name in the Nigerian Music industry.

The 36 year old Samuel Oguachuba, is a music producer, singer and performing artist. In fact, he has produced several hit songs with big names like Wizkid, Skales and D'Prince. Samklef, as he is fondly called hails from Imo State in Nigeria, and has a net worth of over $500,000 - way less than Bob Risky's $3 million. He even owns a record label called Kleff Sounds. 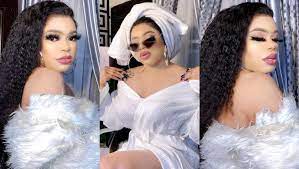 However, Samklef also has affiliations with American rockstars and rappers like Timberland, Kanye West and so many others. Thus, he is not just a domestic music producer but an international one too! Some of his productions include 'Tease Me' with Wizkid, 'Kilode' with Vector, 'Jonzing World' with D'Prince among others. Another interesting fact about this famous music producer is that he is married with children.

Moreover, in Samklef's advice to the popular crossdresser, he urged Bob Risky to watch his back and reconcile with people around him, who all desist from telling him the truth. He also prayed for Bob Risky noting that the omen he has faced this month tells a lot.

In his words, the music producer said thus:

"Message from Samklef spiritual temple. Dear Bob Risky please watch your back. When e go happen, u won't find the real ones to support you. Reconcile o! The people around you won't tell you the truth. I Pray for you. Too much bad omen this September says a lot".

Bob risky however replied thankfully to the Nigerian music producer, whom he also referred to as 'dear'. The post was captured by Instablog, a local entertainment blog in Nigeria, thus: 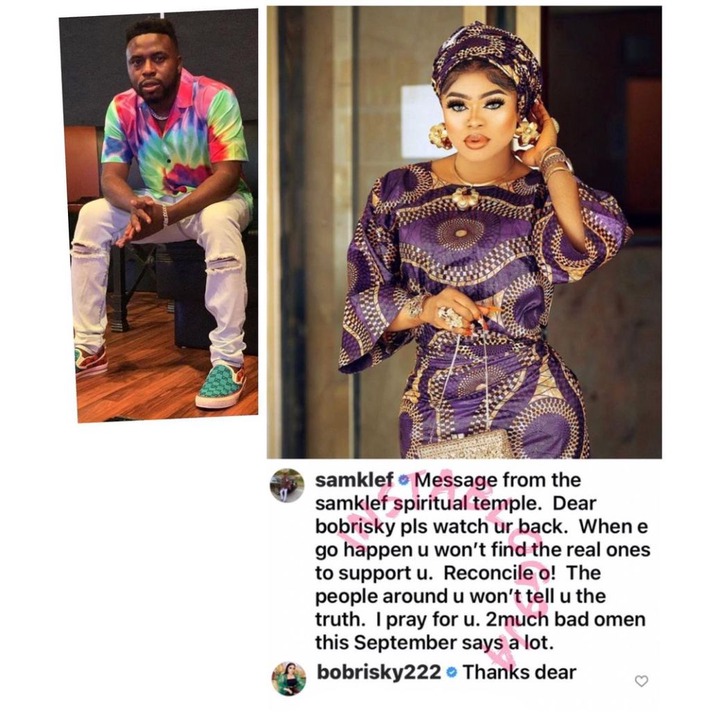 Meanwhile, a look at Samklef's Instagram handle revealed these photos of him: 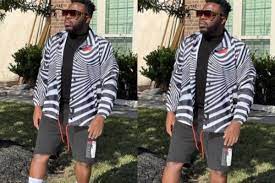 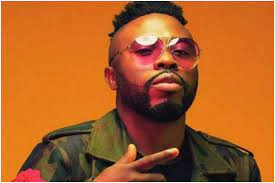 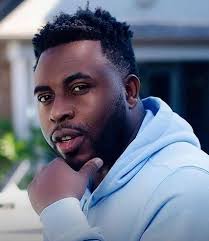