Biblical messages in Game of Thrones explained: Bran Stark as The Messiah

By Enosedeba (self media writer) | 3 years ago

In the first season of Game of thrones we see Bran stark fall from a tower and was almost certain he would not make it until he woke up, a transformed person. Bran will then go on to become the most important person in the show, the King of the 6 kingdoms. He literally died and he was born again in his spirit, he found purpose, he found meaning to his existence. 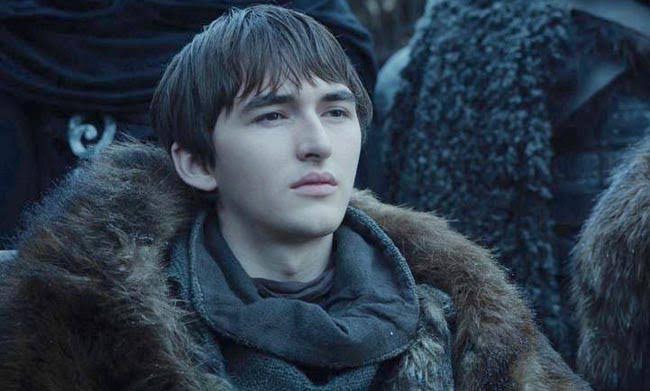 Bran will go on a journey to become the three eyed raven, it wasn’t an easy journey in becoming who he was made to be, it was a long journey and he had to pass through the battle at Caster’s keep, fight off the wights and had to face the beast himself, The Night King

The significance of the name the Three eyed raven clearly explains who Bran is as a person, Breaking down the name The three eyed raven, the human eyes are just two and they can only be used to see the physical, opening the third eye as Bran did is simply becoming conscious in the spirit, becoming Omnipresent which translates to being able to see the past, the present and the future.

A Raven is a bird an as often used in the series when a message was to be sent. Spiritually a raven signifies mystery and divination, it signifies wisdom and knowledge.

At the end of the world according to the Bible, there is a prophecy of a second coming of the divine one, the messiah, The one who will finally conquer death and put an end to fear and he will reign as king all over the world. He also is Omnipresent and powerful.

Unlike the first coming of the divine one where he was born as the three-eyed raven, the bible mentioned that he will come like a thief in the night. This explains why bran didn’t have a divine birth but instead had to die to be reborn in the spirit

“Kill the boy, let the man be born” - Maester Aemon to Jon snow.

Bran vision saved Westeros from the cold hands of the beast. He gave Arya the dragon glass dagger she used to kill him. Bran was life himself, that is why the night king who is the beast who is the leader of the army of the dead wanted to kill him. Killing Bran, the Night king would have conquered life. The death of the night was inevitable because of who Bran is. Being able to see the future gave him the edge. As revealed in the bible, at the end of the world, the devil will be conquered finally when Christ returns and he will rule as King over the earth when the war is done.

Knowledge is power and Bran was the most powerful person and ruled as king of the 6th Kingdom in westeros.

Content created and supplied by: Enosedeba (via Opera News )