The True Success Story of Wizkid, From a Street Boy to a Rise to an African Music Legend

By Brain_Writes (self media writer) | 1 year ago Ayo Balogun, professionally known as Wizkid, a Nigerian award winning Singer, Songwriter and music legend who has received both nationally and internationally recognition in the musical industry has an overwhelming rise to stardom that is heart touching and inspiring.

Grown up in a polygamous home, with two step mothers, he was the only son of his mom (you will understand what he meant to his mom in the family circle), with multi religious background, with a Christian Mom and Muslim dad. He started his musical career at the age of 11 with a band of friends called the Glorious Five, they later disbanded and he went with the stage name Lil Prinz.

Wizkid was professionally signed with the record label Empire Mates Entertainment (EME) 2009 by the EME boss Banky W. He started working on his debut studio album “Superstar” the subsequent year 2010 with the lead single “Holla at Your Boy”. The Superstar got him numerous nominations and earned him the Next Rated award in The Headies 2011. 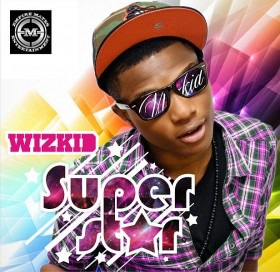 Wizkid had his first professional International recognition for his contributions to the song of Drake “One Dance”, he became the first Nigerian Artiste to be in the Guinness World Book of Records. His most recent album “Made in Lagos” released October 2020 has given him numerous international nominations and acclamation. He also was the first Nigerian artiste to reach the 1 million followers on twitter.

He is currently the Boss of his own record imprint Starboy Entertainment and had upcoming acts signed to this label. He has also had collaborative work with PSquare, Burna Boy, Tiwa Salvage, Drake, Chris Brown, Beyonce, Akon and numerous others.

Wizkid has dropped out from the Lagos State University (LASU) and Lead City University, Ibadan. He has numerous musical awards to his credit and endorsements deals that he enjoys. He has four studio albums throughout his eleven years of active musical presence in Nigeria.

Content created and supplied by: Brain_Writes (via Opera News )