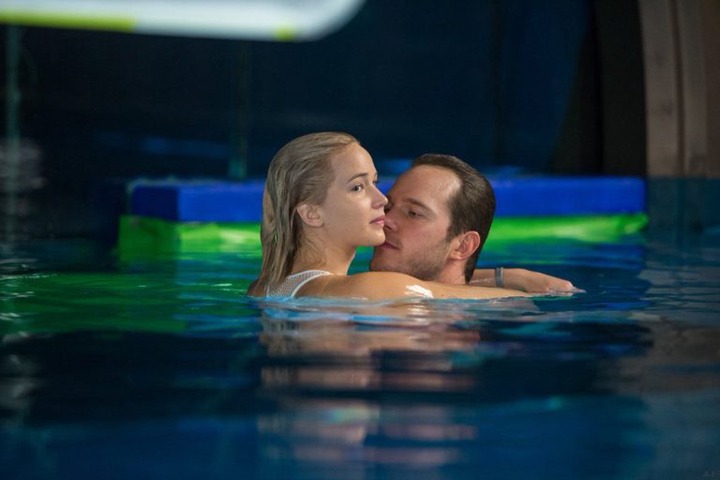 Jennifer Lawrence is generally at ease during a passionate kissing scene. Her smooches with Chris Pratt on the set of Passengers, however, were a different story.

Lawrence was actually very close to Pratt. Unfortunately, that was the problem. Lawrence felt immense guilt kissing a married man, especially since she was friendly with Pratt’s then-wife, Anna Faris. She even called her mom before filming the scene to confirm that her kiss was okay. In the end, she managed to pull off the kiss with the help of a few cocktails. Her guilt, however, never fully subsided. 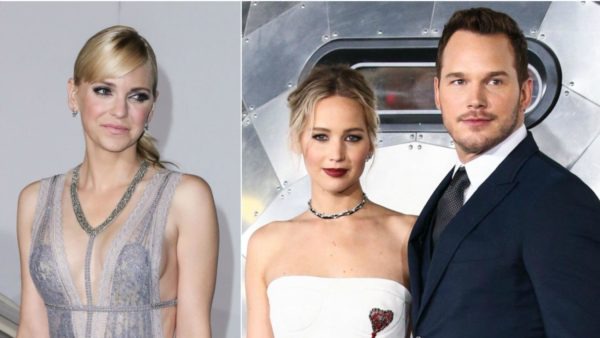 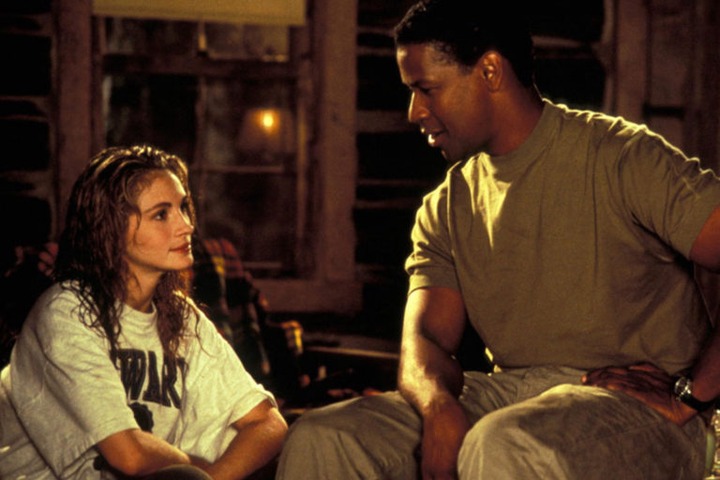 While filming the 1993 film The Pelican Brief with Julia Roberts, Denzel Washington made the surprising decision not to kiss his drop-dead gorgeous costar. He was probably one of the only men in the world who would have passed up that chance.

Washington later claimed that he didn’t want to film the kissing scene because he didn’t want to play into the beauty ideals of Hollywood. He explained that black women were part of his core audience and they were rarely seen as objects of desire on screen. Washington felt that he would eliminate a large part of his fan base by kissing Julia Roberts. 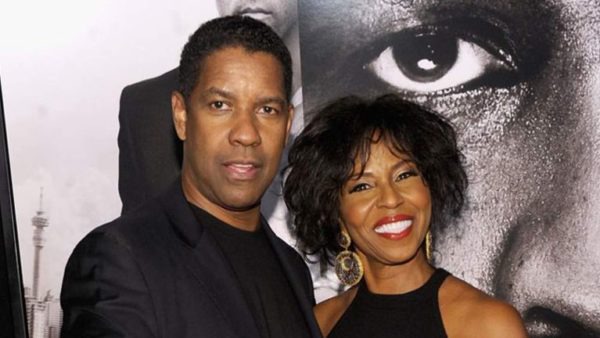 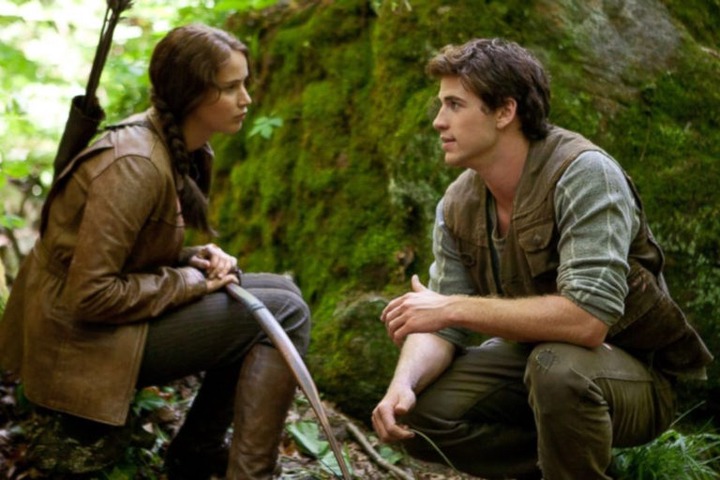 A key element of The Hunger Games trilogy is the love triangle between Katniss, Gale, and Peeta. Liam Hemsworth stars as Gale, the man who loses Katniss in the end. The actors share a kiss in the final movie, one which was apparently very awkward for Hemsworth.

However, Jennifer Lawrence made the scenes awkward on purpose. Since she and Hemsworth were close, she would purposefully eat garlic or tuna in an effort to make every kiss as gross as possible. Hemsworth dreaded his kissing scenes with Lawrence, which perhaps explains why some of their chemistry was lacking on screen. 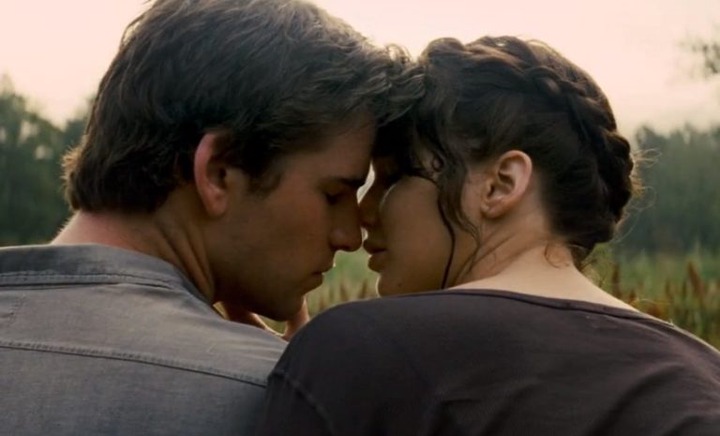 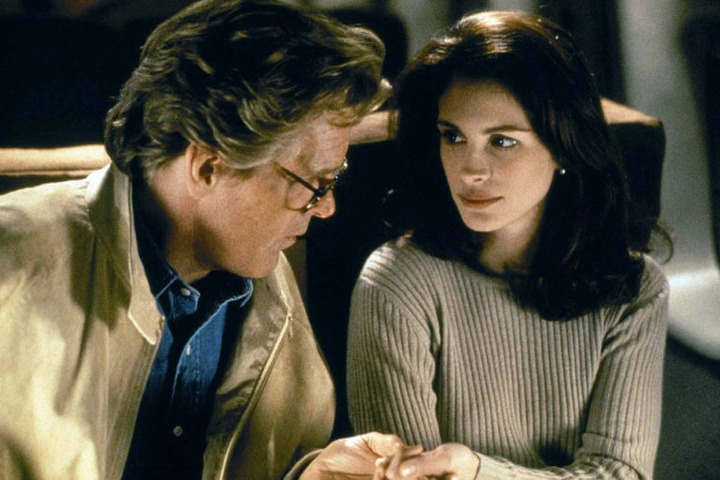 In the 1994 movie I Love Trouble, Julia Roberts stars opposite Nick Nolte. While the romantic comedy is all about the two actors solving a mystery and falling in love, things were less than perfect behind the scenes. Roberts and Nolte didn’t get along at all, and could hardly stand to be in the same room. Things got so bad between the pair that they started filming their scenes separately, using stand-ins to create the illusion that the stars were actually together.

Although Roberts wasn’t happy about their big kiss considering her relationship with Nolte, she couldn’t find a way around it. The stars managed to come together in the end to deliver a rom-com worthy smooch, but Roberts certainly wasn’t happy about it. 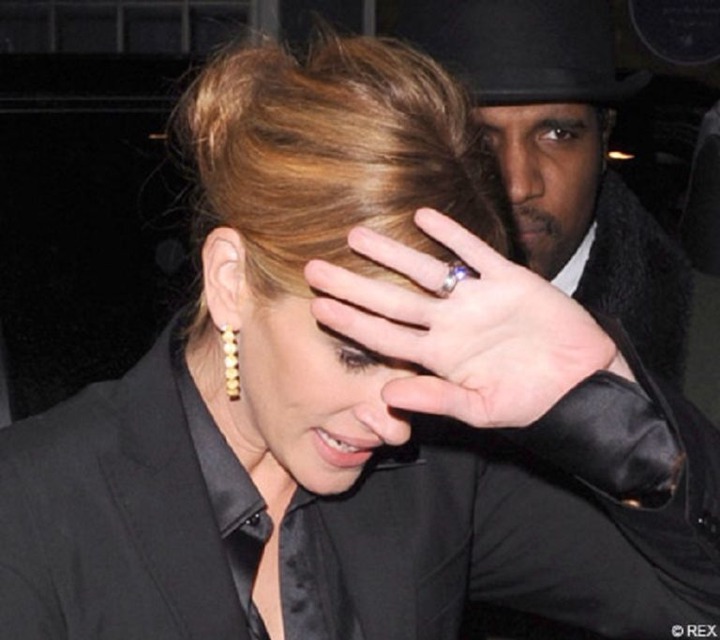 5. Will Smith Wouldn’t Kiss A Man 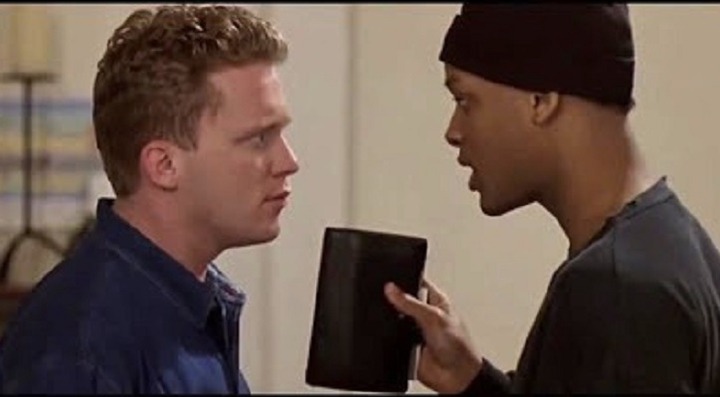 Will Smith is known for his commitment to his craft, but he earned the ire of director Fred Schepisi when he refused to kiss a man while filming Six Degrees of Separation. Although Smith’s character was gay, he adamantly declined to film a passionate kissing scene with a man. Instead, he insisted that the scene be filmed from behind, allowing Smith to fake the kiss.

Years after the incident, Smith expressed regret for his decision. He claimed that his choice was immature and that he wasn’t emotionally stable enough at the time to perform what was asked of him. He also insinuated that he would make a different choice if he were to film the movie now. 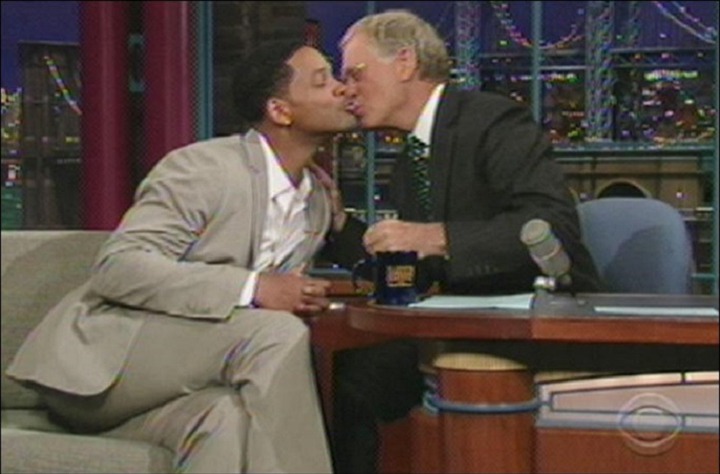 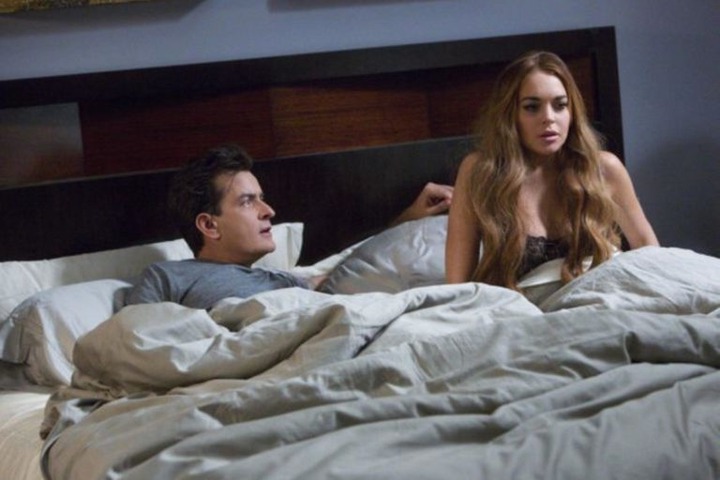 Scary Movie 5 features a few smooches between Lindsay Lohan and Charlie Sheen. However, Lohan isn’t the one locking lips with Sheen. Instead, it’s her body double.

Before filming the movie, Lohan made it clear that she didn’t want to kiss Sheen, citing concerns over his partying lifestyle. The producers acquiesced to her demands, but didn’t make any attempt to change the script. When it came time to film the kissing scenes, they subbed in Lohan’s body double for certain kisses and cut out other smooches altogether. Thankfully, Sheen reportedly wasn’t upset by Lohan’s demands. 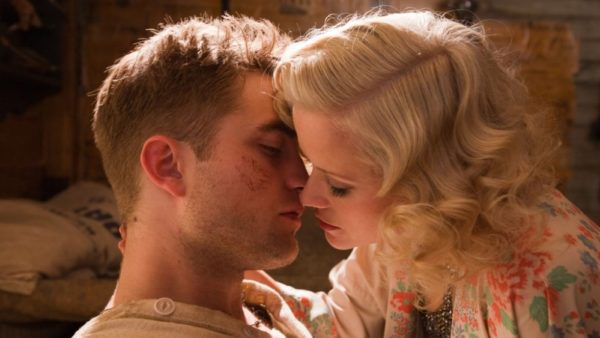 In Water for Elephants, Reese Witherspoon stars opposite Robert Pattinson. While the two manage to share a tender kiss in the movie, Witherspoon initially declined to kiss Pattinson altogether.

However, her decision wasn’t rooted in disdain for her costar. Instead, Pattinson had a truly terrible cold at the time. In fact, Witherspoon described it as “the most hideous, horrible cold of any costar I’ve ever had to do a love scene with ever in my entire life.” According to Witherspoon, Pattison was dripping and snorting through the entire love scene. Still, she had to go through with their on-camera intimacy. Yuck!

8. Candace Cameron Bure Was Too Religious To Feel Comfortable Kissing Her Costar 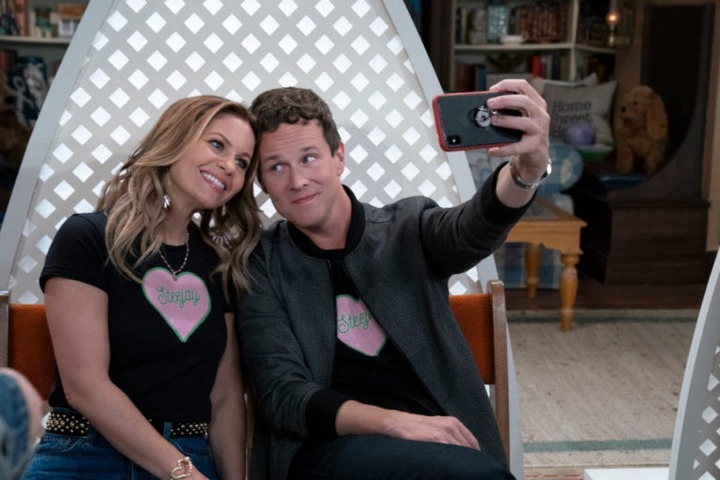 A devout Christian, Candance Cameron Bure has expressed serious discomfort with any kind of intimacy with her costars on screen. The topic came up when discussing her love triangle with Steve and Matt in Netflix’s Fuller House. Although Bure consented to kissing scenes, she made it clear that she wasn’t entirely comfortable with them.

In an interview, Bure also explained that her discomfort with on screen romantic partners has increased as she has gotten older. The kissing bothers her husband as well, and Bure made it clear that she wants to put an end to kissing scenes altogether sometime in the future.

Vanessa Hudgens took a big leap away from her former Disney-friendly persona when she starred in Spring Breakers. Although the movie was risqué in many ways, Hudgens apparently wasn’t thrilled about one particular aspect: her kiss with James Franco. 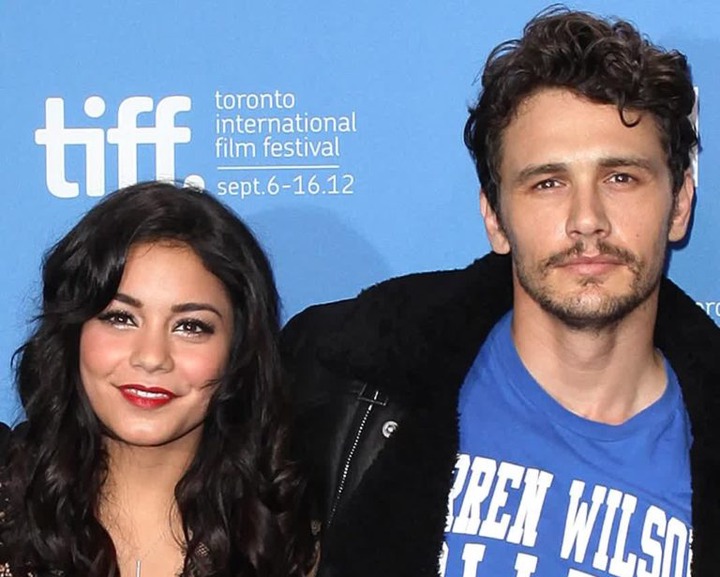 While filming an intimate scene in the pool, Hudgens expressed that kissing Franco was the worst experience of the film by far. In fact, after finishing the scene, she told her agent she never wanted to do that again. 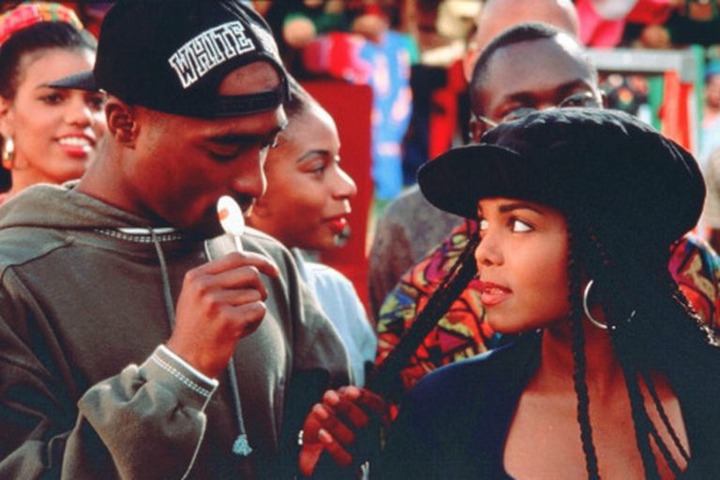 In the 1995 romantic drama Poetic Justice, Janet Jackson starred opposite Tupac Shakur. While the two had amazing chemistry on screen, their relationship was hardly a match made in heaven behind the scenes.

Before kissing Tupac, Jackson expressed concerns over the rapper’s party-friendly lifestyle. She insisted that he gets an AIDS test before they completed the kissing scene, but Tupac refused, claiming he was insulted by her request. At the time, no one knew the disease couldn’t be contracted through saliva. Despite her fears and Tupac’s refusal, Jackson had to film the kissing scene anyway.