When Tonto Dikeh's ex-lover Prince Kpokpogri was freed from police prison, a video of the incident was shot and has now appeared online.

This comes after the lawmaker encouraged his supporters and admirers in an interview to dismiss the news of his detention. The rumours of his arrest are untrue, he said emphatically. 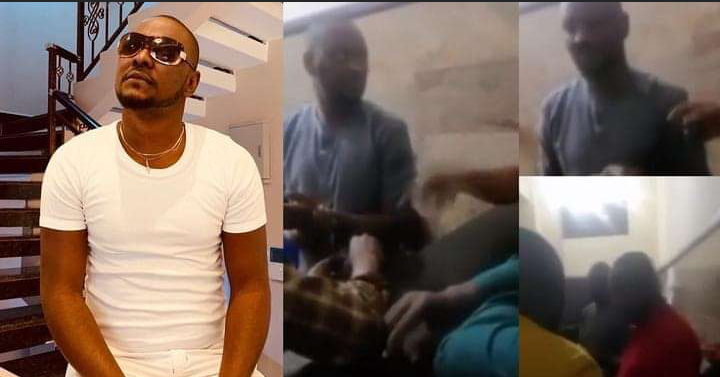 'I was in my residence,' Kpokpogri said when he was caught at an Abuja hotel on Monday the internet alerted him. According to him, the images and videos of him getting arrested and doing time that were posted online were doctored.

In the meantime, a video showing his release from police detention after his friends intervened has made its way onto the internet.

Watch the full video By clicking on the blue link Below:

Video of Tonto Dikeh’s ex-boyfriend, Prince Kpokpogri being released from police custody surfaces after he denied being arrested (watch)

While all is going on, personnel from the Nigerian Police Force headquarters in Abuja have revealed the reason they detained Prince Kpokpogiri, the ex-boyfriend of actress Tonto Dikeh.

To get to Tonto, he allegedly bypassed police authorities, took two officers to the hotel where she was staying, and threatened to shoot her if she didn't turn over the keys to an SUV. He was arrested the following morning, on Tuesday, October 19.

READ ALSO: Learn all about Mammogram - A to Z essential Knowledge (Must Read)

At some point, according to Vanguard, the allegedly violent Kpokpogiri, who is currently under investigation by Force CID, started hurling insults and abuse on the Police officers, despite their entreaties for him to calm down.

When asked why he was arrested, the police told reporters that it was so they could question him about whether or not he actually owned the automobile in question.

Content created and supplied by: Ogor1 (via Opera News )