I didn’t know I was pregnant for another man until after DNA test - Uzoamaka, Nedu Wazobia’s Ex-wife

By Olatunde2 (self media writer) | 4 months ago

The mother-of-three said she was unaware of the paternity of her son not until after Nedu conducted a test on all the children.

Nedu had said he decided to carry on with the paternity test after Uzoamaka repeatedly cheated on him.

But in a chat with Goldmyne TV on Tuesday, Uzoamaka said she had been seeing somebody – who got her pregnant – before she met Nedu.

She said it was “so low” of Nedu to have publicised the incident which she said resulted in strangers forwarding the DNA test documents to her on social media.

Uzoamaka, who had earlier admitted to domestic violence that left a scar on the TV personality, said that Nedu was later on in the marriage overwhelmed with insecurity which led him to suspect their last child wasn’t his. And it turned out that it was the first child that was not his.

“And shortly after that relationship ended. Around that time, I said, ‘you know what, my service year is coming to an end, lemme go to Lagos. (I have my half-siblings in Lagos.) So I came to Lagos and I met Nedu. Of course, I gave him headache. You get. And he seemed like a very cool person. And I was like, ‘hey why not [give him a chance].

“And then, as it was…you know, I found that I was pregnant. Trust me, I didn’t even think the other way.” 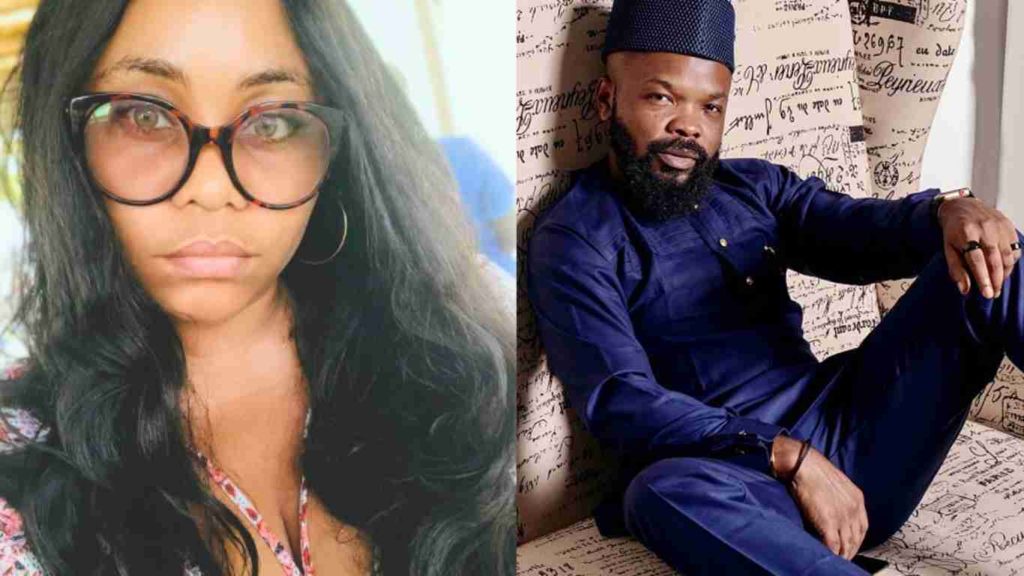 “Judge me if that will make you feel better.”

Uzoamaka went on to explain the circumstances that led to Nedu conducting the DNA test.

“Let me tell you what happened. So, along the line, while we were still married. Nedu became very insecure. Very insecure. And he was doubting the paternity of my last child – the second girl. His colleagues were calling me and I heard things like, ‘Nedu said you only had sex once and you said you are pregnant’. Please how many times do you have to have sex before you get pregnant?

“So he was doubting the paternity of the last child and he went to find out but unfortunately for him, it was the first.”

Uzoamaka said she “can’t throw away” her son, adding that the most important thing is that she has made peace with God. “My child would be fine.”

She also said that the little boy “wasn’t the reason we separated,” without elaborating.

“This is me coming out to the world – stark naked – kick me, spit on me, insult me, say everything you want to say, judge me if that will make you feel better. As for me, I’m doing what will make me sleep better at night,” she added.