Before 2Pac There Were Tupacs: How The Rap Legend Got His Name

Nigerians and the world over knew the legendary rapper as 2pac or Tupac Amaru Shakur as he is officially called. Tupac Amaru Shakur was not his name at birth, he was so renamed when he was less than a year old by his mother, Afeni Shakur. She named him after men who have been celebrated as revolutionaries and nationalists on the American continents, and the child would grow up to become a "revolutionary" himself. Why did his mother change his name to Tupac Amaru? 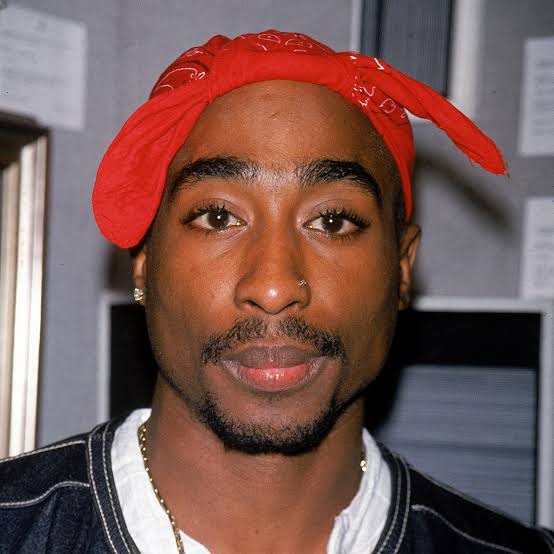 2pac’s name at birth was Lesane Parish Crooks as reported in the Corona Report after his death in 1996. His mother, Afeni Shakur who was at that time of his birth a member of the Black Panther Party, a Marxist-oriented revolutionary group. As a member of the party, she adores revolutionaries and did not look farther for a revolutionary name to give to her son. She did not set her eyes on Africa looking for an African revolutionary from ancient times or contemporary to 1970s to name her son, she instead set her eyes and mind on the revolutionary leaders of the America continents, and choose the Tupacs.

There had been two prominent Tupacs in the revolutionary history of the Americas: Tupac Amaru (I), was a native Indian king who lived about five hundred years ago between 1545-1575; the other Tupac Amaru (II), lived hundreds of years after the first, between 1742-1781. These two leaders did not leave in the North American continent where 2Pac would be born hundreds of years later, but in South America which was a different continent entirely. The earlier Tupacs were not even blacks, nor were they whites.

They are called “red” Indians, their race is indigenous to North and South America continents, and have established great civilizations and empires going back to thousands of years. Like in Africa, it was the coming of the Europeans to their lands that ended their civilizations. One of this great native American empire was the Inca Empire of South America, the continent was conquered by the Spanish and Portuguese more than three hundred years before European officially began conquering Africa. The Spanish conquered the Inca empire, but a splinter of survived and re-established a newer “Inca” empire called Vilcabamba. In 1571, Tupac Amaru became the new Emperor of Vilcabamba. But not for long. 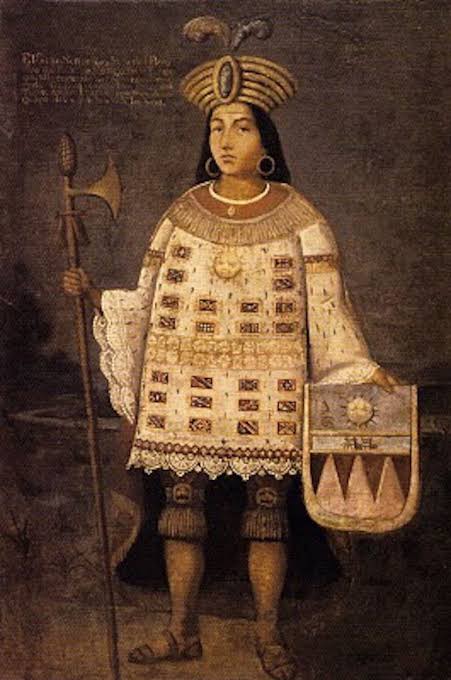 Artist representation of Tupac Amaru (I), the Inca King who resisted the Spaniards in the 1570s (Image: Cultura Colectiva)

The Spanish conquerors where still determine to crush any existing native kingdom and had their eyes set on Vilcabamba, but the natives revolted triggering a clash between the Spanish and the natives. With a superior force, the Spanish prevailed and the Vilcabambans fled and abandoned their kingdom. The Spaniards would eventually capture Tupac Amaru, accused him of murder and rebellion, convicted, and beheaded him. They might have killed the leader, but his legacy of resistance transcended him to inspire future rebellions, especially the first large scale rebellion against Spanish rule in South Africa, it was led by Tupac Amaru II.

About two hundred years after the death of Tupac Amaru I, in 1742 a couple with royal ancestry and privileges welcomed a male child they named Jose Gabriel Condorcangui Noguera. He was raised in a society dominated by Spanish rule, wherein the natives are nothing but subjects to be exploited: forced labour, heavy taxation, human rights abuses, racial discrimination, etc. Jose grew up witnessing this injustice around him and against his people with a heavy heart. He does the best he could for his people, being rich and influential himself, Jose extends helping hands to the natives. But that could not even improve matters, he decided to engaged the colonial Spanish governments head-on. That was when he renamed himself Tupac Amaru II, after the first Tupac, who Jose claimed he was descended from. 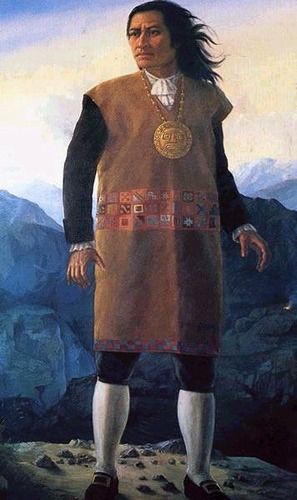 Tupac Amaru II was able to appeal to the native Americans in South America, particularly those around today's Ecuador, Bolivia, and Peru, to join him in resisting the Spanish colonialist. The rebellion he led is regarded as the largest against Spanish rule in South America up to that time. Lots of Spanish officials we’re captured and executed, Spanish settlements were attacked and captives killed. Native Americans were encouraged to resist the Spanish authority, not to pay taxes, etc. It was a sustained rebellion that discomforts the Spanish authority, who eventually launched a campaign to capture Tupac Amaru II and quelled the rebellion. He was eventually captured and beheaded in 1781, at the exact spot Tupac Amaru I was beheaded hundreds of years earlier.

The rebellion of these native American leaders would in the future, hundreds of years later inspired rebellions and revolutions in South America, particularly in Bolivia and Peru. Revolutionary movements were named “Tupac or Tupac Amaru”. The Tupacs remained revolutionary legends in South America history, just like Jaja of Opobo, Nana of Itsekiri, Oba Ovonramwen of Benin Kingdom, and Caliph Attahiru I are to Nigerians. They are not only capable leaders but strong leaders who stood against injustices and invading conquerors. It was such revolutionaries that appeal to some members of the Black Panther Party, it was such leaders that impressed Afeni Shakur to name her infant son after the Tupacs – particularly Tupac Amaru II. 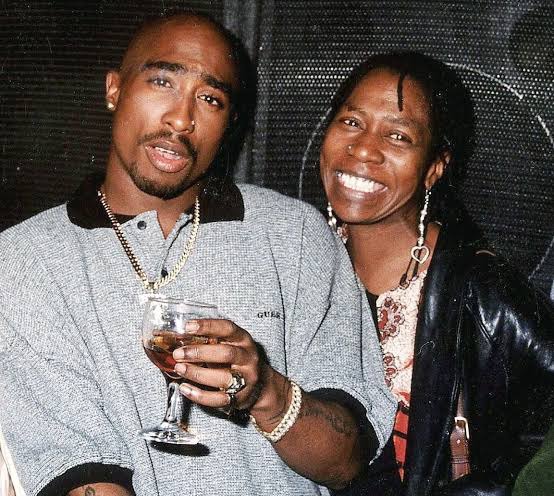 According to Historian Chuck Walter when he had asked Afeni Shakir why she had named her son Tupac, she explained that: “I wanted him[2pac] to have the name of a revolutionary, indigenous people in the world. I wanted him to know he was part of a world culture and not just from a neighborhood”. It seems 2pac grew up to embody the vision his mother had for him. He was not royalty like the earlier Tupacs, he was black and not a Native-American, and had no ability to raise an army of revolutionary. But that was no impediment to him, music became his force and lyrics his weapons, with rap lines 2pac rebel against the exploited and racial conventions of America.

His lyrics resonate with all, blacks and all, and ones again, another Tupac is worth the name! he dares to challenge the European authority and system of his time and would become a person of interest and admiration by Americans of both continents, and the entire world. His legacy was so massive that his essence has come to embody the name Tupac Amaru that it seems there had never been others before him, but there are. It is not an issue to contest if 2pac had surpassed the previous ones or not, what matters is that the men who had bear the name Tupac Amaru were daring men who have made their marks in history and the world will never forget them.