When it comes to having children in this part of the world, societal pressure is just one of the many demons women face while trying to avoid being tagged infertile or childless. While a large percentage have no issues with children, the straight but now distorted process of childbearing or conception for others forces them to dance to the unpleasant music it brings thereby leaving them on a quest to escape ‘barren land’. In Nigeria, most women find it easy to pop out a few but what happens to the ‘ever increasing’ minority that still has to climb seven mountains and cross seven seas before hearing a baby cry? Though some of these individuals live among us without much known about them or their predicaments, there are a few who will always be in the public eye and what that means is that everything about them including infertility issues will be brought to light. These are our celebrities.

Children are a gift from God and the answered prayer of every couple but they’re are not always an easy fit as many will have you to believe. What some of our celebrities have gone through just to be parents will leave you pondering over life and the imbalance therein. Ever wonder why stories about couples who had children after long years spark celebration, its because we all know the numerous psychological downsides of such a problem. 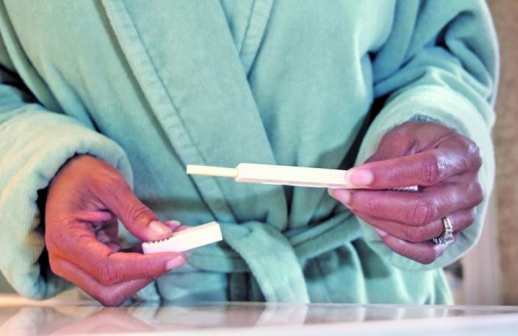 In Nigeria a few celebrities who struggled to have babies and are still waiting to become mothers have shared their bitter sweet experience in the journey of conception. On the 15th of July,2020 one of such individuals welcomed her baby after 10 years of struggle with fertility. Let’s take a look at some of our celebrities who miraculously became mothers after winning the battle of conception. 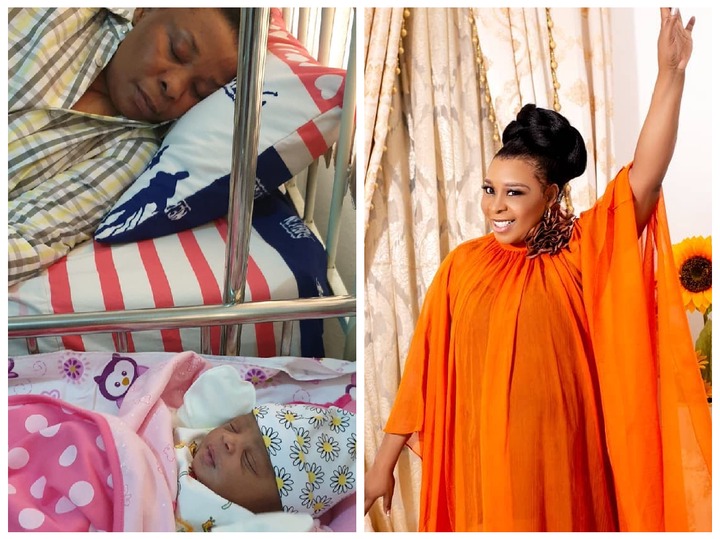 The Nollywood actress recently became the proud mother of a baby girl after waiting for 10 years. Her baby came as a birthday gift; the perfect compensation anyone could ask for after waiting that long. 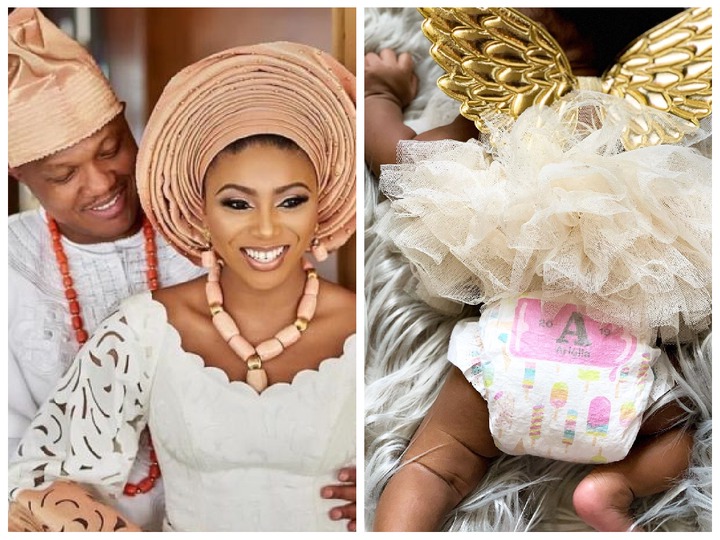 The Nollywood actress and TV personality revealed on her vlog and in an interview that she had her baby through In Vitro Fertilization(IVF). The actress was compelled to share her story after meeting so many women who had fertility issues. Stephanie who was diagnosed with Ovarian Hyper Stimulation Syndrome said she needed to share her story to help others and help reduce the stigma surrounding infertility. The actress who got married in 2017 later gave birth to a beautiful baby girl in November 2019. 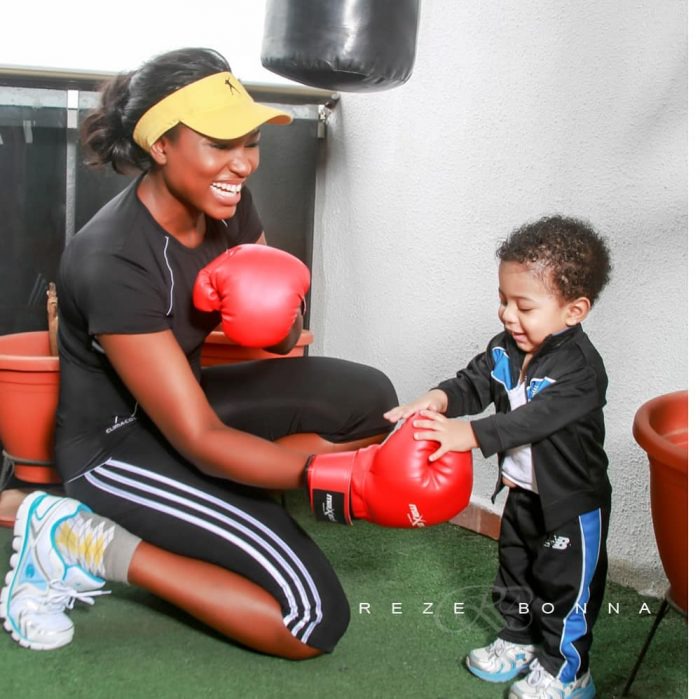 Another Nollywood sweetheart Ufoma McDermott who is now a proud mother of 2 revealed how she struggled to have her first child. The handsome prince who was born in 2012 came after series of IVF treatments. The actress shared her experience for others struggling to conceive, dismissing all religious and superstitious belief surrounding artificial conception and the stigma that will come with it. In her words, “How the child was conceived does not matter as long as the woman gives birth to a healthy baby. I urge women to open their heart and open their mind. There are many ways to become a parent; don’t deny yourself that joy and don’t deny that joy and love for that child”. 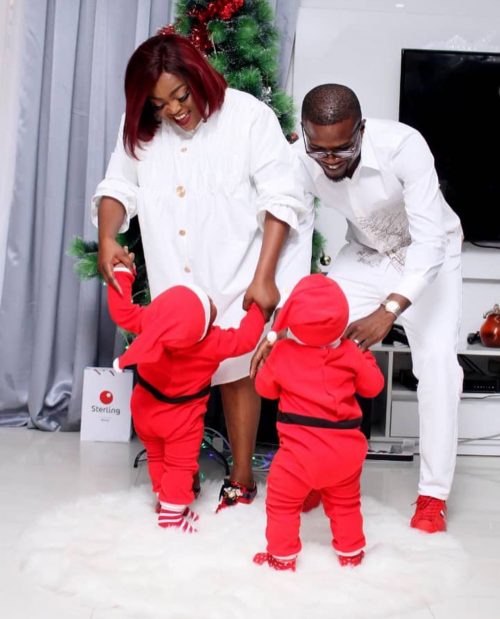 One of Nollywood’s finest, Funke Akindele welcomed her twin bundles of joy in December 2018 after several attempts of conception via IVF. Funke’s story was a very touching owing to the fact that her first marriage produced no children. The whole drama worsened when she received prophecies of doom about her childlessness as the future looked bleak. Miraculously, her wishes came through and she became a proud mother of twins. 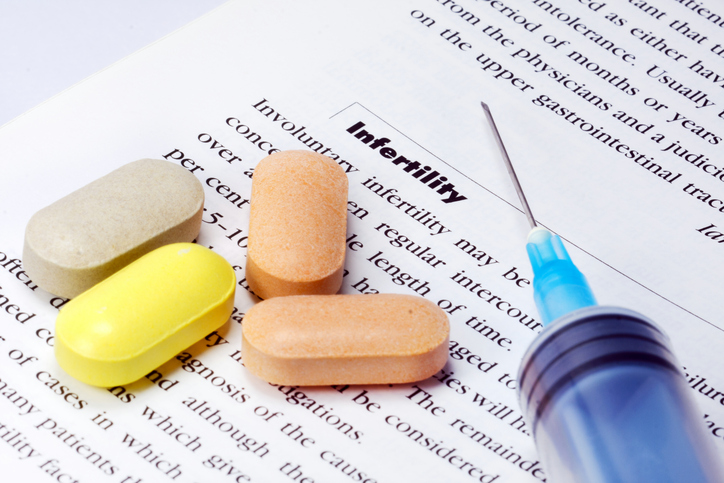 THE PAIN BEHIND THE SMILE

Individuals who learn they are infertile often experience the normal but nevertheless distressing emotions common to those who are grieving any significant loss- in this case the inability to procreate. Typical reactions include shock, grief, depression, anger, and frustration, as well as loss of self-esteem, self-confidence, and sense of control over one's destiny.

Medication side effects: This can come in various forms. Drugs and hormones used to treat infertility may cause a variety of psychological side effects like may cause anxiety, sleep interruptions, mood swings, irritability,depression, mania, irritability, and thinking problems.

It’s not cheap: Right here is one of the reasons you should be grateful if you conceive easily without any aid. If you’ve taken God and his art of creation for granted, just try IVF. I bet your bank account will scream at you. According to Harvard,The average cost for an IVF cycle using fresh embryos, for example, is $8,158, with an additional $3,000 to $5,000 per cycle for fertility drugs. Need I say more?

The end result: Its not always favourable so imagine going all through that stress, suffering one side effect or the other only for the result to come out negative. It’s a 50-50 chance and it takes a lot of courage for one to face repeated strings of disappointment. Some get lucky while others don’t. Psychologically, it is not for the faint-hearted.

That said, if you ever see or hear a woman say she conceived via IVF, rather than look scornfully or criticize, give her and if present, her husband a pat on the back. No one wishes to go through an emotional cycle of infertility.