4 Disney Characters Modeled After Famous Actors Who Voiced Them

By Negasonic (self media writer) | 24 days ago The optimistic snowman who really wanted to experience summer was voiced by Josh Gad. Animators used Gad's eyes and smile as references to bring Olaf to life. And because Gad liked to improvise lines, the animators had to put in a lot of work to make sure that Olaf's lips match what was being said on set. Before Jeremy Irons signed on to the classic Disney film, his villainous Scar looked a lot different. Originally, Scar was meant to look like Shere Khan in the Jungle Book movie with a more muscular physique and a bigger chin. He was meant to be a strong physical match for Mufasa. But when Jeremy Irons joined and started making his magic in the recording booth, the animators decided to switch things up a bit. They tried to match Iron's darker eyes, slimmer frame, and general sophistication. 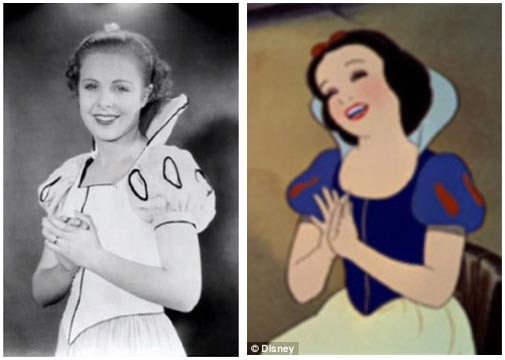 Snow White was Disney's first princess. It was uncharted territory for the animation studio and the techniques they used to bring Snow White to life set the standard for all of their animated products going forward. This was the first time that Disney had used character models to bring a character to life. Snow White was voiced by Adriana Caselotti and whose likeness was also used to animate the Disney princess. Although the technique wasn't perfect and when you look at the outcome, it's not quite the carbon copy of Caselotti. However, the animators did a great job at capturing her general essence.