No 5 is surprising: check out these well known actors you probably never knew started with disney.

By Mystrooluseun (self media writer) | 2 years ago

No 5 is surprising:Check out these well known actors you probably never knew started with Disney. 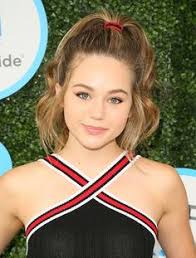 You've You might find it hard to believe but most of your favorite stars probably started off their careers as child actors on Disney or Nickelodeon. So, if you are aspiring to become a teen or child actor, perhaps you can gain some inspiration from these stars. The never-ending list could go and on but here are some of our top favorite famous actors who began their careers on Disney and Nickelodeon:

The Oscar-winning sensation for Best Supporting Actress made headlines with Disney’s The Princess Diaries. Anne Hathaway played the leading role of Mia Thermopolis based on Meg Cabot’s book of the same title when she was only 19. Though her first role was in a film called The Other Side of Heaven, also a Disney film. The film released shortly after The Princess Diaries though it was shot before.

The American singer and actress started her career in Nickelodeon’s widely known series “Unfabulous” as a middle school singer-song writer. Roberts has since then made an appearance in American Horror Story and will star alongside Grande in “Scream Queens”.

You might have grown out of the show but perhaps you should start watching it again to see this actor. The famous and critically acclaimed actor started his career in the exclusive Mickey Mouse Club when he only 12 years old. It was in fact then when the star became friends with fellow co-star Justin Timberlake whom he lived with for six months. Justin’s mom was Ryan’s legal guardian for a time when his mother had to return home to Canada

Before he played the leading role in “Paper Towns” a movie adapted from John Green’s book of the same title, Woff started his career on Nickelodeon’s series called “The Naked Brothers Band” in the company of his real-life brother Alex. Aside from his career in films, the star still makes music with his brother.

Before he became a famous heartthrob, LaBeouf played the goofy, funny, annoying younger brother Louis Steven in Even Stevens, Disney’s hit family comedy series. The actor has since then transformed his image and is known for his widely successful role as Sam Witwicky in Transformers.

You would find it hard to believe but before her widely successful role as the star of ABC’s Ugly Betty, America hit off her first role in Disney Channel’s original dance movie called “Gotta Kick it Up!”, it was the same year the star received attention for her role in the hit movie “Real Women Have Curves.” A successful and more stylish Ferrera is scoring major roles today.

Though the late Paul Walker will always be remembered for his love of fast cars and his massive commercial success in the Fast and the Furious franchise, it is worth noting the star started off his career as a handsome surfer in Bill and Ted’s Excellent Adventure in Disney’s Meet the Deedles.

The never-ending list could go and on but these are actors who are some of the most famous who began their careers on Disney and Nickelodeon. Yes, some get pigeon-holed into child- friendly programming but, as you see, some go on to bigger and better roles.

Thanks for reading let us know via the comment box which one got you the most.

Content created and supplied by: Mystrooluseun (via Opera News )