By Hasken_matasa (self media writer) | 2 years ago 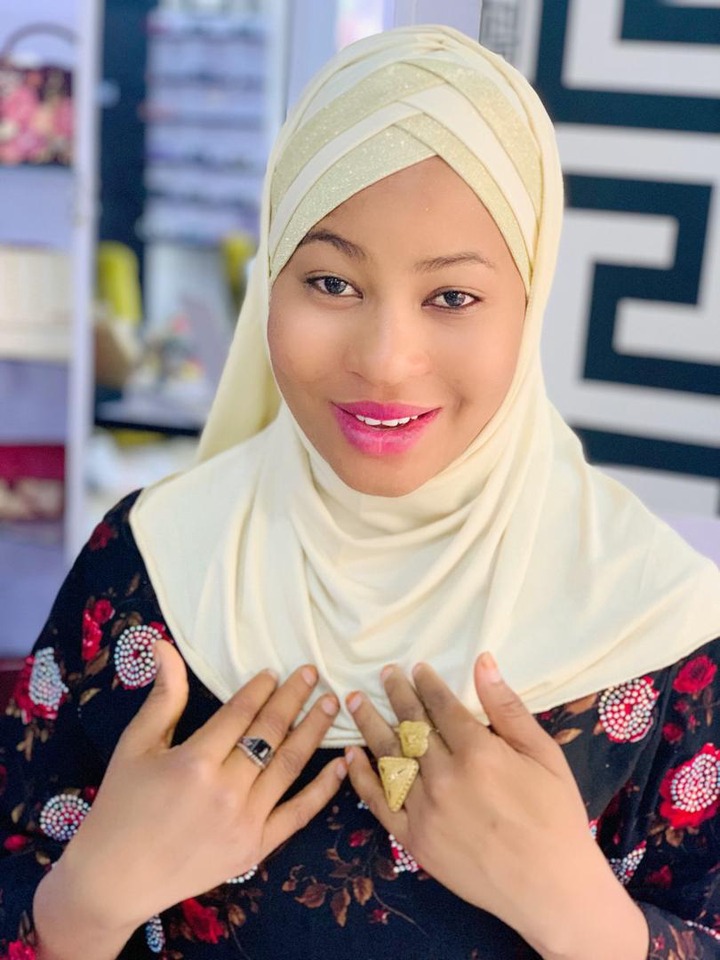 SAPNA Aliyu Maru has assured that she will not cut ties with the film industry even if she is married. She said she would take on the responsibility of making films after she got married. The heroine of this statement comes at a time when some say she has left Kannywood, embracing her business venture.

Sapna, who starred in the last two to three years, says she is still a complete hero in the Kannywood film industry. In an interview with Film Magazine, Sapna explained her position, saying, "I will say, Sapna has not stopped filming, because film is her profession, there is no way I can stop. do unless I am married, and even if I am married I will continue to produce as I do.

"At least now there are some things I'm doing that have to do with the business that I'm currently putting forward.

"And even though I am no longer seen as a producer, I do not appear in it, so it seems that I have stopped doing it, because even if I was registered with the Kano State Film Censorship Board, I went and did my job. I'm a producer, so you see, I'm a perfect actress. "

The heroine continued, "Like I told you, I was in business, so I used to go and crochet and share or put in my shop, so there was no time for me to run the business. and until I get when someone will invite me to his film, so if I say I'm going to accept people's work, I don't know how to deal with them. " Sapna's last film is 'One Day', which she directed.

"I was the heroine of the movie we did with Adam A. Zango," she said. "I think it's been about three years now. Well since then I'll be a producer if I have time." Or how does Sapna view the film industry right now? She said, "Well, sometimes I can say that I look at it from a distance, because now I don't always have time to get involved. But still, when I go in I see its progress, because I see new developments.

"So I can say that my film industry is making progress, and I hope that progress is making in the future." In the end, the actress hoped to have the cooperation of the filmmakers in order to achieve sustainable development in the industry.